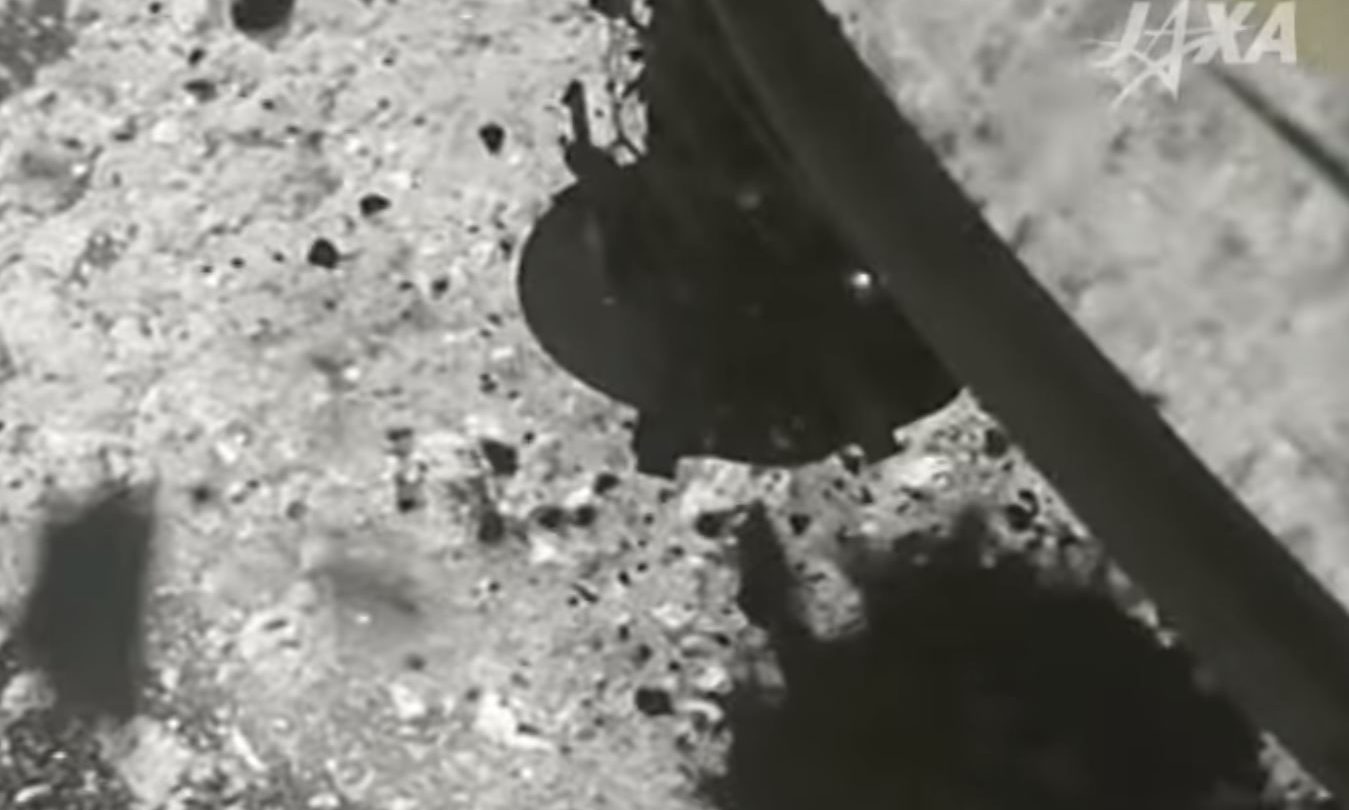 It was just a couple of weeks ago that the Japan space program, JAXA, announced that its Hayabusa2 probe had successfully completed a maneuver never before attempted in space. The spacecraft dipped down, close to the surface of the asteroid known as Ryugu, fired a projectile at its surface, snatched some sample material, and then gently drifted back into its original position.

The maneuver was complex and risky, but Hayabusa2 pulled it off, and now we actually have video of how the entire thing played out.

A small camera installed on Hayabusa2 captured the moment of touchdown, the firing of the “bullet” into the asteroid’s surface, and the return of the probe to its holding position in the sky above the rock. Check it out:

This is some pretty incredible stuff. The video, which is actually much higher quality than you might expect, provides a stunning look at the highly technical operation.

One of the things that made this maneuver so risky is the incredibly jagged and rocky surface of Ryugu. JAXA engineers were initially shocked at how debris-covered the asteroid is, and the team was actually forced to delay its sample collection attempt because they weren’t sure how they were going to pull it off.

Ultimately, a slightly less-messy location was found on Ryugu and JAXA decided that it was worth the risk to attempt to snag a sample of the rock. Hayabusa2 is scheduled to perform at least two more sample collection maneuvers before its stay at the asteroid can be over. When that time comes, the probe will head back towards Earth to deliver the material to scientists for further study.