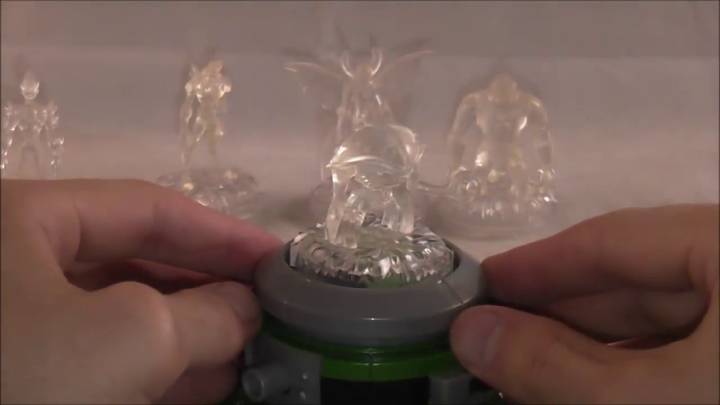 In the beginning, there was The Dress, and the internet was mighty confused. In May 2018, Yanny vs Laurel fever took the internet by storm, and scientists were called in from their labs by the hundreds to explain what was going on. But forget all that, because someone has found yet another clip with a deeply ambiguous phrase. Turn up your speakers, gather your friends, and prepare for yet another debate.

This time, the two words you can hear are “brainstorm” or “green needle.” The clip comes from this 2014 review of the Ben 10 Alien Force Ultimate Omnitrix, and seems to have been spotted yesterday by YouTubers and people on Reddit.

We assume that the same phenomenon that powered Yanny vs Laurel is at work here: Both words are “present” within the sound clip, but each word is stronger at different frequencies. In this case, the phrase “Green Needle” appears to be a little stronger in higher frequencies, while “Brainstorm” is stronger in the lower frequencies. Depending on each individual’s hearing and the device you’re using to listen, your brain will tend to focus on one set of frequencies or the other, which is why two people can hear different words in the same sound clip. You may also hear both, or flip between the two. If you want to experiment, the New York Times made a simulator to resolve the Yanny vs Laurel debate, although no one has done the same yet for Green Needle vs Brainstorm.

If you’re desperate to try and hear both, using an equalizer (like this Chrome extension) lets you turn up the bass and turn the treble down, which was enough to make it flip for me. If you’re still struggling to hear both, maybe take your headphones off, lie down in a nice quiet room, and reconsider what the internet is persuading you to do with your free time.