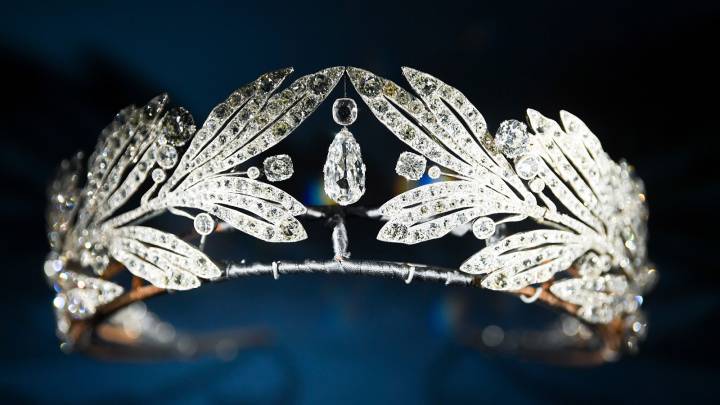 Unless you’ve been living under a rock for the past 24 hours, you’ve probably run into the latest viral trend: “Yanny” vs. “Laurel.” On Monday evening, YouTube personality Cloe Feldman shared a three-second audio clip on Twitter in which a robotic voice utters a noise. Some people are hearing “yanny,” while others are hearing “laurel.” Yes, this is the equivalent of the photograph of the multicolored dress that took the internet by storm in 2015.

The fun (and frustration) of the clip is rooted in the fact that everyone seems to be split fairly evenly on the true nature of the sound. With over 14,000 votes, “laurel” edged out “yanni” 61% to 39% in a poll conducted by @KFCRadio on Twitter, but the disagreements and conversations have continued well into the week.

Listen for yourself with the video below. It might take a few attempts before you hear the same sound consistently:

What do you hear?! Yanny or Laurel pic.twitter.com/jvHhCbMc8I

There are a number of interesting resources worth checking out if you want to understand why you might hear one sound or the other, especially this tweet, which collects a number of pitch-shifted versions of the clip (some of which sound like “laurel” even to those of us who are hearing “yanny” in the original clip).

But on Wednesday afternoon, The New York Times appeared to crack the case, discovering not only the purveyor of the hilarious controversy, but also the original source of the audio. The Times reports that the viral sensation can be traced back to 18-year-old high school student Roland Szabo of Lawrenceville, Georgia, who recorded the clip and shared it on Reddit after others in the same school as him disagreed about the sound they were hearing.

The original audio (which you will recognize immediately if you’ve heard the viral clip) comes from vocabulary.com — it’s a short audio clip to help visitors learn how to pronounce “Laurel,” which is of course “a wreath worn on the head, usually as a symbol of victory.” The mystery has been solved, but “yanny” will live on.

UPDATE: If you want to dive EVEN DEEPER into this insanity, Wired has the full story. It’s more complex than you could have possibly imagined, but all the blood has officially been squeezed from this stone. Good job, internet.