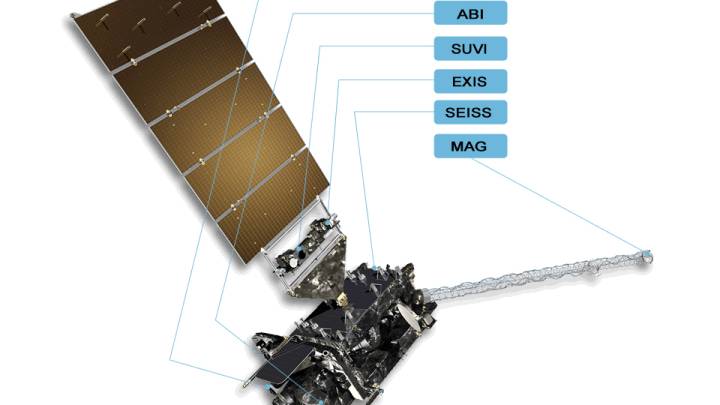 Remember that awesomely powerful new weather satellite that delivered this really cool lightning-tracking video earlier this week? Yeah, so, funny story, it might already be busted. In a bulletin released by the National Oceanic and Atmospheric Administration (NOAA), the group explains how its brand new weather tracking tool, GOES-17, has developed a serious problem with its cooling system.

“A team of experts from NOAA, NASA, the ABI contractor team and industry are investigating the issue and pursuing multiple courses of possible corrective actions,” NOAA’s statement reads. “The issue affects 13 of the infrared and near-infrared channels on the instrument. The three ABI channels with the shortest wavelength are not impacted.”

The GOES-17 satellite is just one of several GOES satellites that NOAA uses to monitor weather across the United States, and it was scheduled to perform its observational duties over the Pacific Ocean and a large portion of the Western US. For the time being, NOAA will focus on figuring out how to correct the issue, but since performing maintenance on a satellite in orbit isn’t an option they say they’re “pursuing multiple courses of possible corrective actions” which sounds a little bit like what I tell my wife when the home Wi-Fi isn’t working and I can’t figure out why.

However, even if they can’t manage to get the cooling system back up and running it won’t necessarily mean the satellite is a total loss. As NOAA notes, some of the hardware is still functional without the cooling system. The group notes that if they can’t manage to bring the system back up, “alternative concepts and modes will be considered to maximize the operational utility of the ABI for NOAA’s National Weather Service and other customers.”

The GOES program, which includes the decades-long operation of four GOES satellites, has a budget of $10.8 billion. Exactly how that breaks down in terms of cost-per-satellite is unknown, but suffice it to say that the hardware isn’t cheap. Let’s hope everything GOES well from here on out.