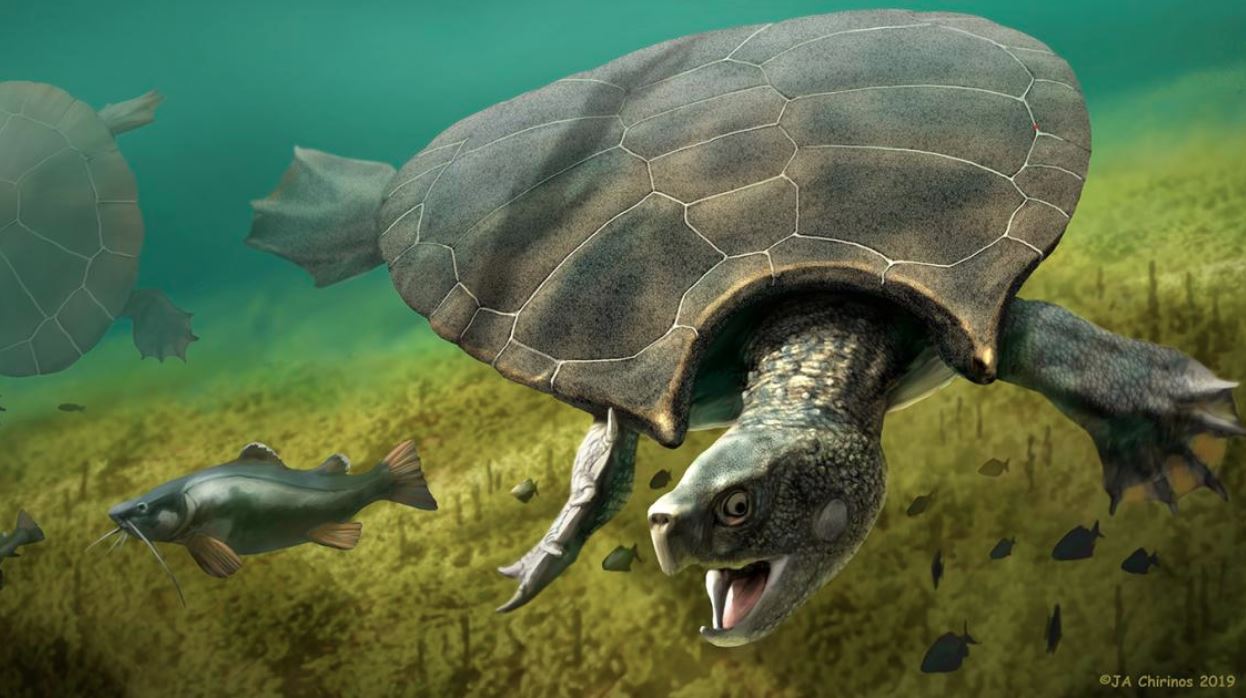 If you were to list the creatures that scare you today, turtles probably wouldn’t be near the top of the list. Sure, a snapping turtle can destroy a finger or two, but generally speaking, turtles are pretty chill. If you happened to be hanging out in South America five to ten million years ago, however, you might have come across a turtle that wasn’t just scary, but downright massive.

The turtle, which is the subject of a new research paper published in Science Advances, was a true goliath. Weighing in at over 2,500 pounds, the beast now known by the scientific name Stupendemys geographicus would have been as large as a mid-sized car.

The turtle species was first identified way back in the 1970s, but the fact that they were capable of reaching such incredible sizes is a much more recent development. The new specimens reveal just how impressive these turtles were, and you probably wouldn’t have wanted to run across one of them.

“The carapace of some Stupendemys individuals reached almost three meters, making it one of the largest, if not the largest turtle that ever existed,” Marcelo Sánchez, who led the study, said in a statement.

Aside from their incredible size, one of the more interesting things about these ancient turtles is that their shells held a secret feature. The males of the species had large horns on their shells, which they may have used to fight against other males for mates, or perhaps as a defense against natural predators. As for their diet, the massive turtles are believed to have sustained themselves largely on fish and other aquatic creatures.