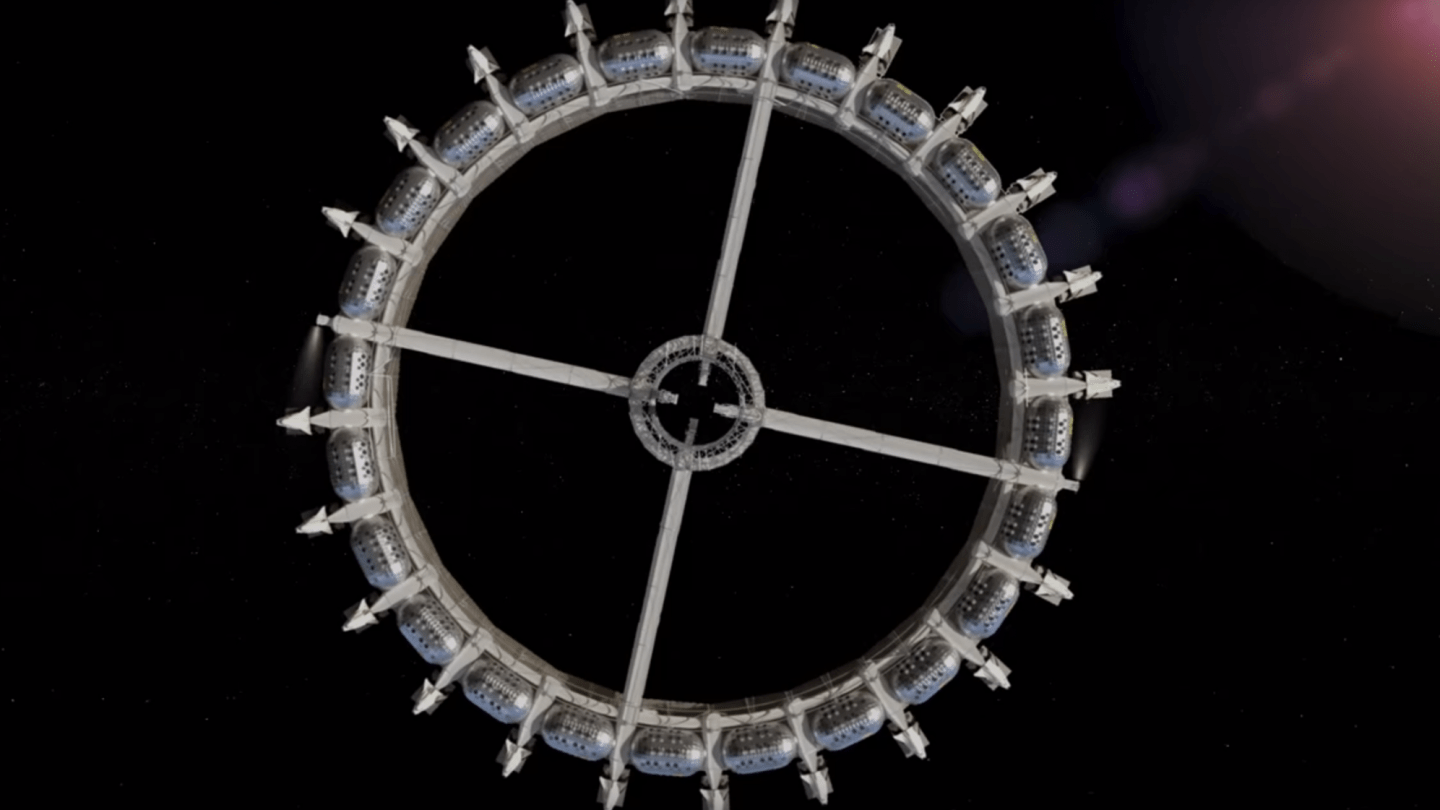 NASA is currently planning to finally send humans back to the lunar surface by 2024. It’s an incredibly ambitious and optimistic timeline, and there are plenty of experts who believe NASA may not be able to pull it off.

Sending things into space is hard, and safely ferrying humans to a destination in space is even harder. So, when a company called The Gateway Foundation says it’ll have a functional space hotel up and running by 2025 — complete with artificial gravity, luxurious suites, restaurants, gyms, and just about every other amenity you can think of — well, let’s just say you shouldn’t hold your breath.

The orbiting vacation destination, called Von Braun station, is massive. Its design absolutely dwarfs anything humans have ever sent into (or built) in space, and while some other “space hotel” designs offer accommodations for a dozen or so travelers, the company says Von Braun station will comfortably handle over 350 people, and has a maximum capacity of 450.

The station is designed like a giant hoop, rotating in space like a centrifuge to generate gravity for passengers in the outer ring. It won’t be a 1:1 match for Earth, but the company says it’ll be “perfectly safe.” The closer you move the center of the space station, the more weightlessness you’ll experience. As for what travelers will experience during the trip, the company has plenty of ideas.

“We’re going to have a number of different recreation activities and games that’ll highlight the fact that you’re able to do things that you can’t do on Earth,” Tim Alatorre, senior design architect for the company, told CNN Travel. “Because of the weightlessness and the reduced gravity, you’ll be able to jump higher, be able to lift things, be able to run in ways that you can’t on Earth.”

The company is already selling “memberships” for would-be passengers that cost as much as $400. For that price, you get emails, discounts on “events,” and entries into a lottery system that the company will use to give “free” trips to the space station.

Eventually, the Gateway Foundation wants to build the first spaceport, called the Gateway — not to be confused with NASA’s Lunar Gateway project, which will be a space station orbiting the Moon. The Gateway will also act as a sort of cruise ship in space, with room for potentially thousands of travelers coming and going as they please.

If all of this sounds like a pipe dream to you, you’re not alone. Construction on the smaller Von Braun station is apparently going to begin this year, according to the company, with the station up and running by 2025 and totally fleshed out by 2027. So, while NASA will be fighting against the clock to send a handful of humans to the Moon by 2024, this flying hotel will be ready to take hundreds of travelers the very next year. Yeah, no.