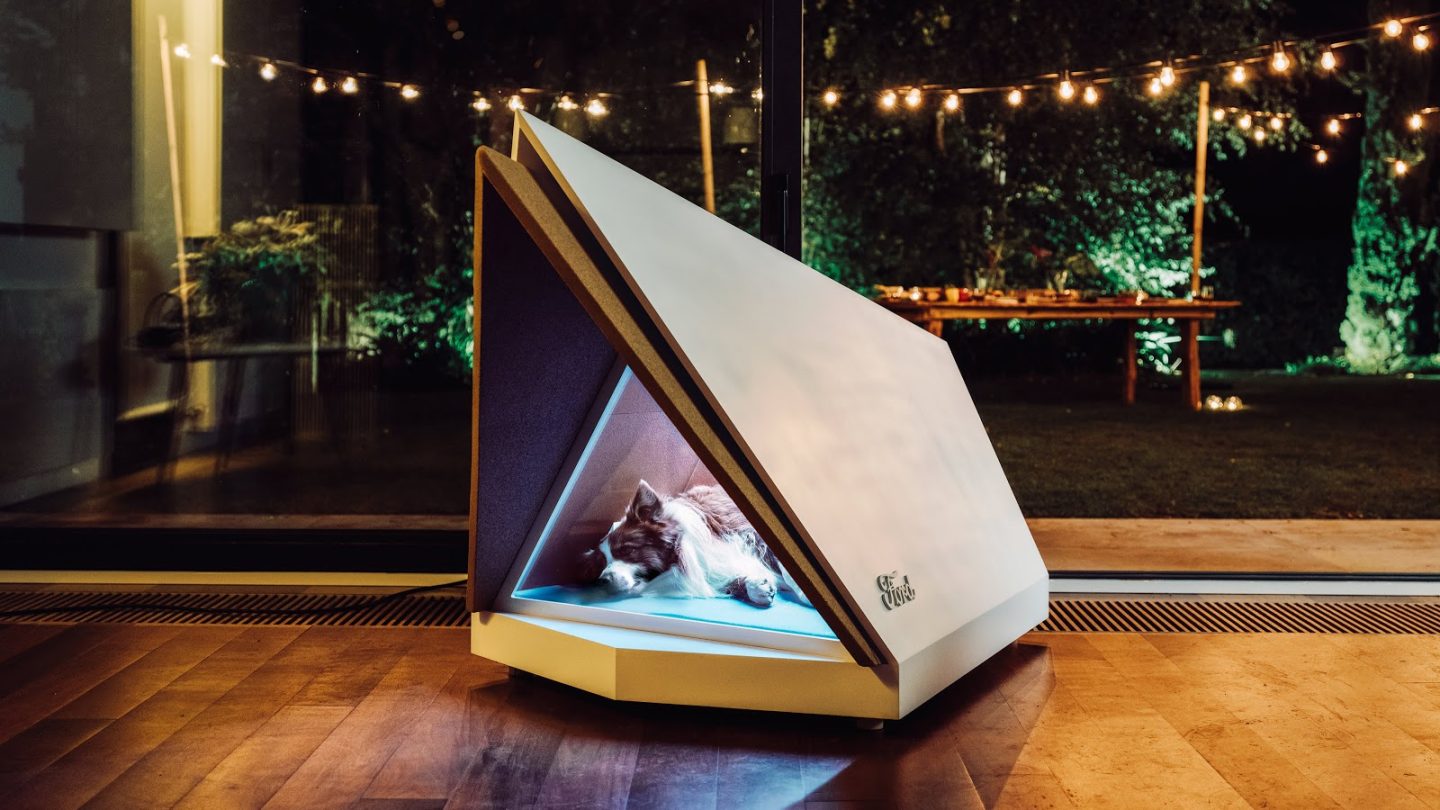 Keeping passengers in a vehicle from hearing the noise of a busy road is a problem that many auto manufacturers have attempted to solve over the years. Noise dampening materials can only do so much, but Ford is now working with noise cancelling technologies that aim to actively combat road sounds by cancelling them out.

The company recently applied its new noise-cancelling know-how to a project that has nothing to do with vehicles, but instead focuses on man’s best friend. Ford Europe built a new kind of doghouse that allows canines to rest without worry of loud noises, like fireworks, disturbing them.

“An estimated 45 percent of dogs in the UK show signs of fear when they hear fireworks – causing distress to owners and their families too,” the company explains in a new blog post. “One possible answer could be a noise-cancelling kennel that uses similar technology to that found in cars and headphones to protect sensitive canine ears and ensure owners do not have to banish their pets away from the rest of the family.”

If you’re a dog owner you might be familiar with what Ford is tackling here. Dogs have extremely sensitive hearing and, when various holidays like Independence Day roll around, they tend to freak out when there’s fireworks blasting off nearby. Their more sensitive hearing also allows them to hear sounds at a greater distance, amplifying their agitation.

Ford introduced a noise-cancelling system in their Edge SUV and produced a video showing off the kennel that they equipped with the same kind of technology. The doghouse, which has a triangular shape and ample noise-dampening built into its walls, features active noise control via speakers positioned inside. It also includes an automatic door that gives an added bit of protection from annoying noises.

While it won’t be offered for sale on a retail level, the project and the kennel itself are the first in what Ford is calling “Interventions” that task the company with using its own technology to solve common problems not necessarily related to vehicles or travel.