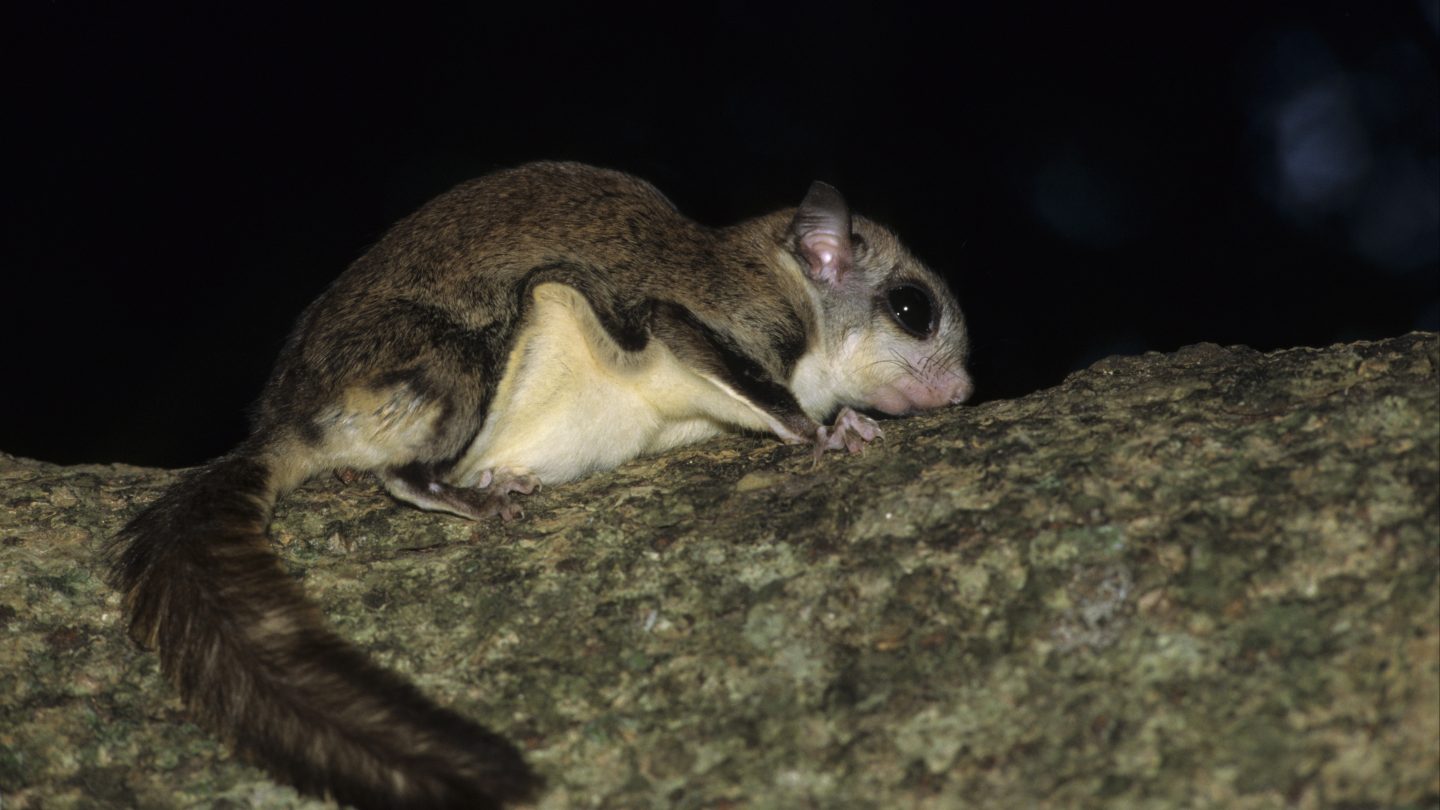 If you’ve ever seen a flying squirrel in the wild you know that they’re neat little critters. They’re not particularly bothersome, and aside from mastering the age-old art of raiding bird feeders they’re rather pleasant creatures. Pleasant creatures that, as it turns out, glow bright pink when hit with ultraviolet light.

In an incredibly interesting study that was born out of mere happenstance, researchers in Wisconsin discovered that the furry little fliers are imbued something that makes them glow, but they’re not entirely certain what it is.

Jonathan Martin, a professor of forestry at Northern College in Wisconsin, made the discovery on accident while attempting to study frogs in his wooded yard.

Martin was using a UV flashlight, also called a black light, to see if the frogs would glow in the dark. The frogs, as it turns out, do not glow, but he happened to have the UV light in his hand when a flying squirrel touched down on a nearby bird feeder. He pointed the light in the squirrel’s direction and was met with a bright neon pink reflection.

“We have quite a few flying squirrels that come to the bird feeder and I just happened to be out there, heard it and didn’t even think that it was a UV light in my hand,” Martin told Clearwater Times. “I was like, ‘Holy smokes!’”

The discovery soon drew the attention of other scientists who conducted their own impromptu forest safaris in the hopes of confirming the finding. The resulting paper, published in the Journal of Mammology, confirms Martins’ initial discovery and attempts to explain why the tiny animals glow so brightly under ultraviolet light.

At the moment, the best guess the scientists have come up with is that a protein in the hair of the squirrels is reacting strongly to the UV light. Going forward, the team wants to find out exactly what is causing the glow and maybe even explain if the UV light reaction has any benefit to the nocturnal critters or if it’s just a random biological feature.