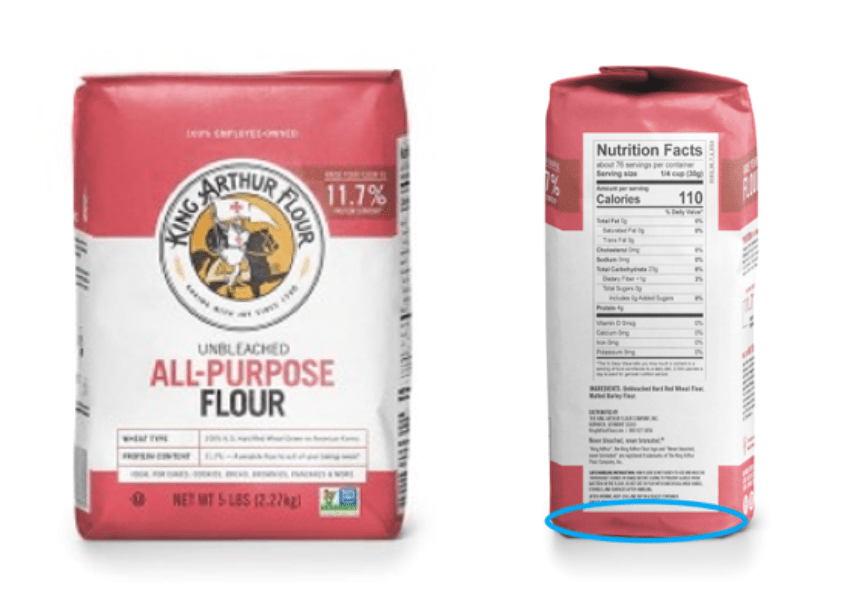 Several months ago the FDA announced a recall of all-purpose flour because it was probably tainted with E. coli. E. coli is no joke, but the recall was relatively small in terms of scale, with only a handful of lots having to be recalled. Unfortunately, it seems the recall wasn’t nearly large enough, because the FDA just announced that the company behind the product is recalling many, many more lots of the flour.

King Arthur Flour, Inc., and ADM Milling Company alerted the FDA that it is conducting a more wide-ranging recall that includes dozens of lots of flour in additional sizes.

The initial recall from early June only included five-pound pages of the flour from six lots. Now, with over 30 lots included in the recall, the company says that both five and 25-pound bags may be contaminated with E. Coli bacteria. The products were distributed and sold nationwide.

In its recall bulletin, the company notes that only its unbleached flour product is part of the recall, so if you have other products from the same brand, those are still considered perfectly safe. Despite the growing size of the recall, no confirmed cases of illness have been reported.

Getting sick from E. coli contaminated foods can leave you feeling pretty lousy. Symptoms include cramping and stomach discomfort, as well as diarrhea, which can sometimes be bloody. It’s not a great feeling, and children and elderly individuals who come down with it are at a greater risk of potentially life-threatening complications.

Check the official bulletin page for the lot numbers and expiration dates that are included in this new recall and compare them with any products you may have at home that match the description. If you have some of this possibly tainted flour in your pantry, you are urged to avoid using it and contact the company.