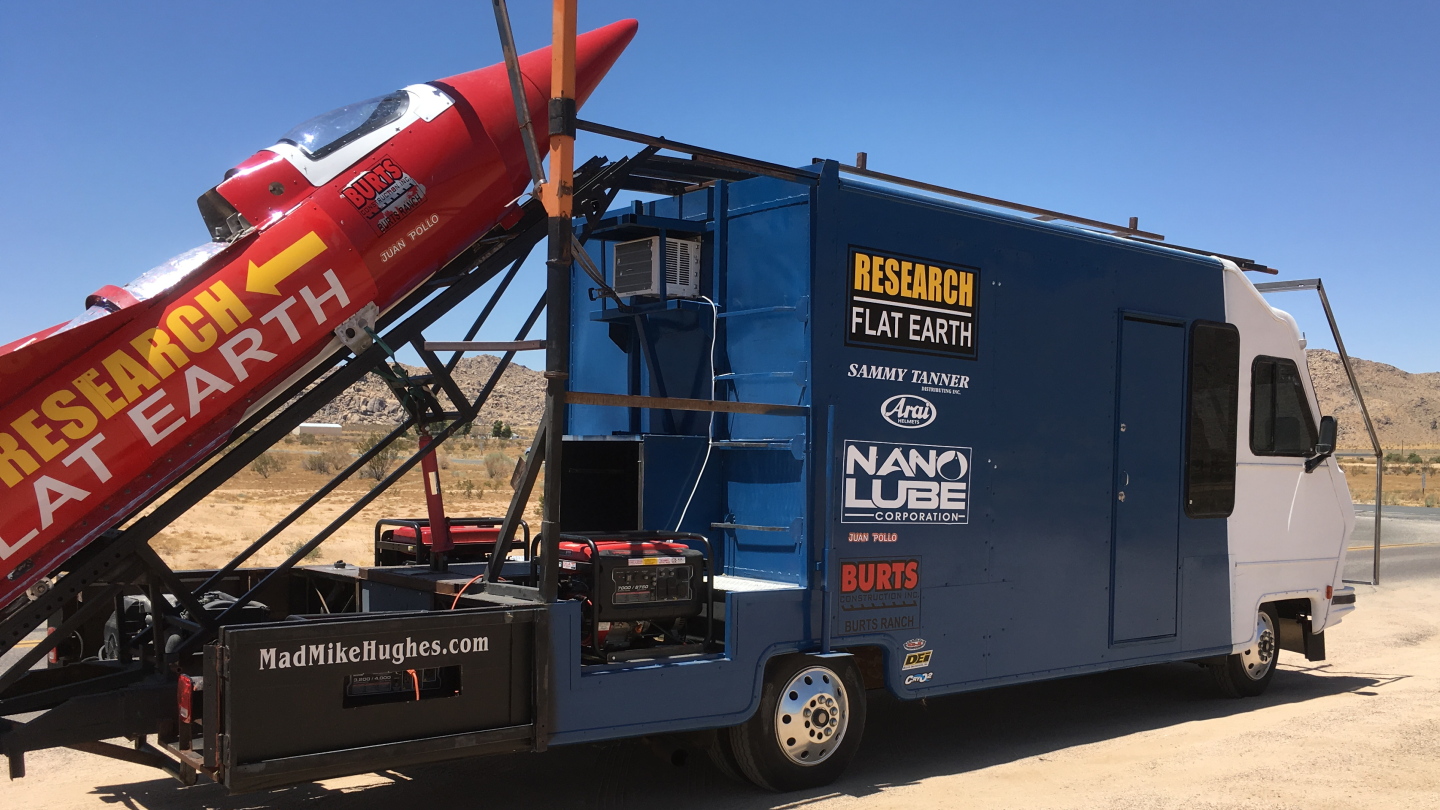 It’s been months in the making, but it finally happened: “Mad” Mike Hughes finally launched himself in his homemade, steam-powered rocket, and managed to not kill himself in the process. The self-proclaimed rocket scientist and his “Research Flat Earth” rocket soared skyward on Saturday with very little fanfare, taking off from a tiny desert town a couple hundred miles from Los Angeles.

The flight, which reached a speed of around 350 miles per hour according to one of Hughes’ assistants, sent the 61-year-old limo driver to a height of roughly 1,875 feet. At that point, his primary parachute deployed to slow his fall. A second parachute was deployed shortly thereafter, and both Hughes and his rocket landed largely intact. Yes, he actually launched himself on a rocket he built, but his Flat Earth ambitions seemed to be an afterthought.

As the AP reports, Hughes said he was “relieved” to have finally completed the launch. Originally scheduled to take place in late 2017, his plans were cancelled multiple times due to a variety of circumstances, including local government officials who claimed Hughes never filed for (or received) permission to launch his rocket on government land. The ambitious self-taught engineer found a new launch site and eventually made it all work.

Hughes originally claimed that his rocket would reach speeds of as high as 500 miles per hour, and while that clearly didn’t happen he still says he reached his desired altitude of 1,800 feet. The “mission” was sponsored by a Flat Earth research group, which is why the rocket displayed its message so prominently, but Hughes didn’t have much to say about the shape of the planet following his landing.

At such a low altitude, the curvature of the (spherical) Earth wouldn’t have been noticeable to Hughes anyway, and while he has maintained that he does believe the Earth is flat, he has been careful not to position his mission as a scientific endeavor.

In the future, however, Hughes has much more ambitious plans. He has revealed future plans for a gas-filled balloon that would take him and his rocket into the atmosphere before ignition, with the actual launch happening in mid-air and taking him to an altitude of 68 miles.