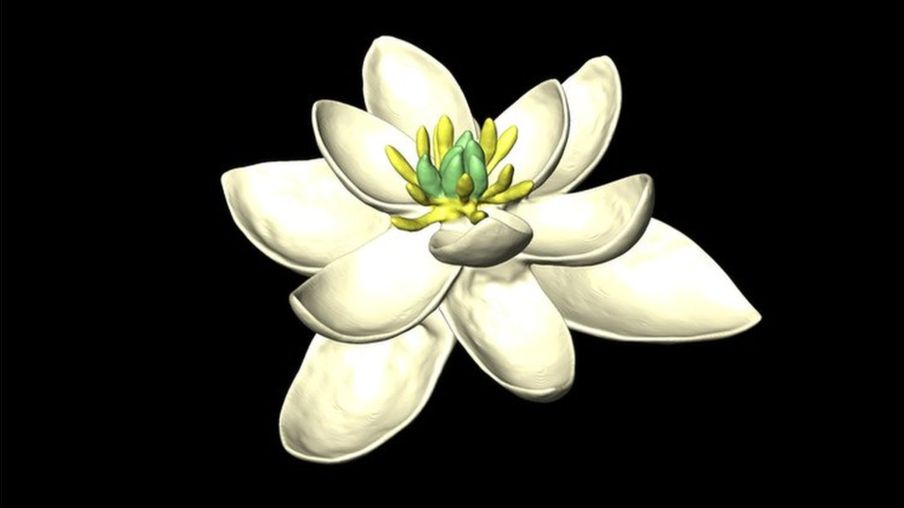 It’s difficult to imagine a world without something as simple as flowers. They tend to be just about everywhere, and even if you don’t have a fancy rose bush in your garden, you probably have at least a dozen dandelions poking up around the yard, but have you ever wondered where they actually came from? In the most comprehensive study ever conducted, scientists now believe they have an idea of what the very first flower looked like, and it’s actually pretty cool.

To construct a virtual model of what the ancient ancestor of all flowers looked like, the team of researchers studied the features and structure of an incredible number of modern day flowers — 792 different species, to be exact. Using this data, they constructed an evolutionary tree, working backwards through time until they arrived at what they believe is a likely example of the very first living flower.

“There is no living flower that looks exactly like the ancestral one – and why should there be?” Hervé Sauquet of the Paris-Sud University, and one of the authors of the study, explains. “This is a flower that existed at least 140 million years ago and has had considerable time to evolve into the incredible diversity of flowers that exist today.”

The digital model of the ancestral flower might look familiar, but it’s actually quite a bit different than what some theorized the first flowers looked like. The arrangement of the petals in layered cycles rather than overlapping each other on the same plane is akin to a lily, but its tiers of petals (called whorls) are more plentiful. The research also suggests that the very first flower was bisexual, containing both male and female organs, rather than unisexual. The study was published in Nature Communications.