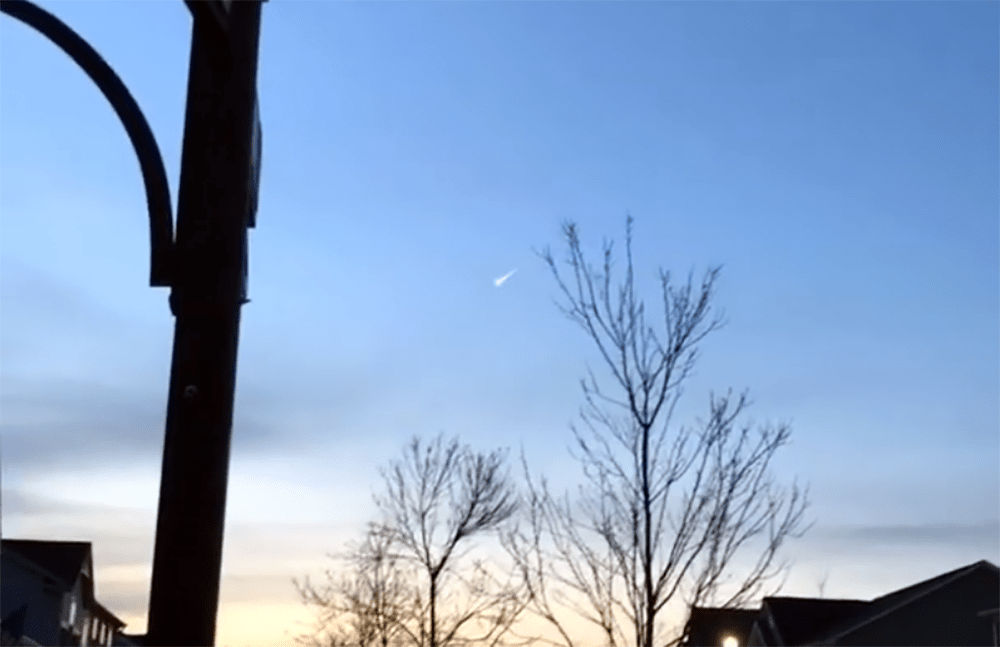 Seeing something you’re not expecting suddenly appear in the sky can be both exciting and a little bit frightening. Whatever emotion it sparks in you, you’re probably going to want to share your sighting with anyone who will listen, and when a bright fireball appeared in the skies over the Carolinas yesterday there were plenty of people who wanted to talk about their own eyewitness accounts.

In a new post by the American Meteor Society, nearly 800 individual reports of the bright fireball have piled up, with people claiming to have seen it as far south as Florida and as far north as Virginia. As is often the case, the event was also captured on video.

What you’ll immediately notice about the footage of the fireball streaking through the atmosphere is that it lasts a very long time. The duration of a fireball depends on multiple factors, including the size of the rock itself and its angle of approach to the Earth. In this case, the slow-moving space rock spent a great deal of time ablaze as it careen across several states.

The fireball is thought to have first appeared over South Carolina but died out over North Carolina. Due to its altitude, it was visible from a great distance away, and the roughly 800 sighting reports suggest that the clear skies and incredibly bright glow of the rock as it burned up made it very easy to spot.

There have been no reports of any damage caused by the rock, and it would seem that the object burned up completely during its lengthy journey through the friction of Earth’s upper atmosphere. That’s typical of smaller space rocks that find themselves plummeting towards Earth, though some, like the Chelyabinsk meteor in Russia in 2013 survived long enough to create powerful shockwaves and cause serious damage.