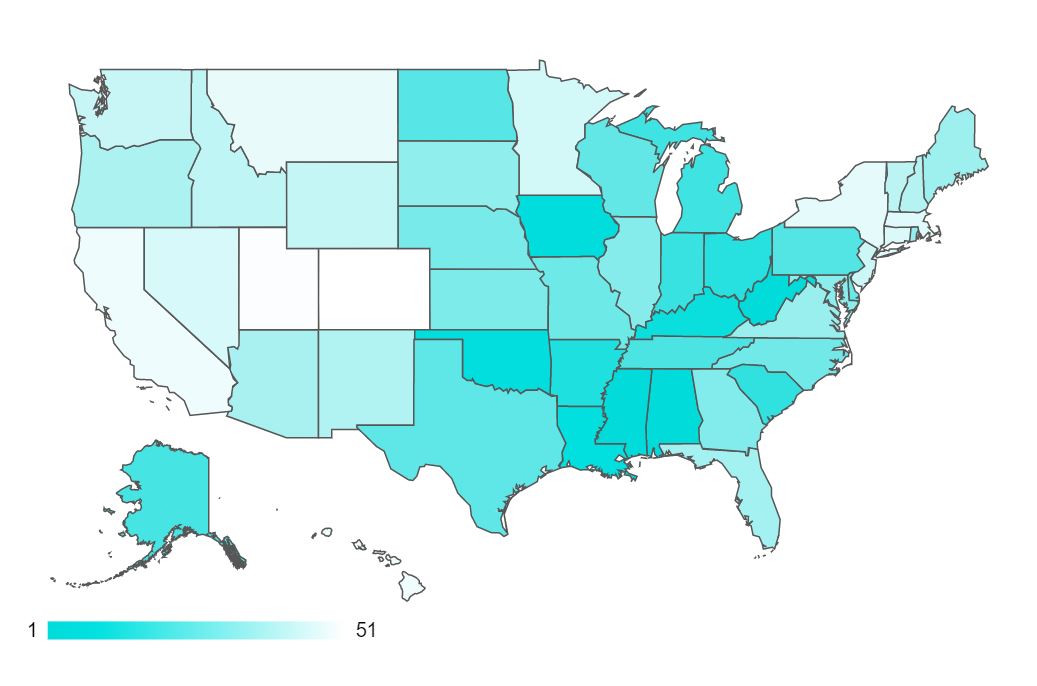 Unless you’ve been living under a rock you already know that the United States is in the midst of what some health experts are calling an obesity epidemic. Studies have drawn clear links between being overweight and increased risks of disease like cancer. Heart health is also cited as a major reason to keep your waistline in check.

In a new report, WalletHub crunched the publicly available data regarding obesity rates, healthy eating, and mortality related to bodyweight to come up with a list of the fattest states in the country.

Some states have done a better job of responding to this crisis than others. Whether it’s by public information campaigns that urge people to exercise and eat right, or by limiting the sale of high-calorie foods and sugary soft drinks in places like schools, some states are taking a proactive approach, while others are struggling.

The list is somewhat predictable but nonetheless interesting. Mississippi, which often tops lists such as this, takes the top spot once again, narrowly beating out West Virginia and remaining ahead of Kentucky, Tennessee, and Alabama. Meanwhile, Utah, Colorado, Massachusetts, Connecticut, and California show up at the very bottom of the list, making them the skinniest states, based on the data.

The site also enlisted the help of several health experts to contribute their own tips to the report. The contributors, many of whom are doctors, offer advice for healthy eating on a budget and warnings for dieters looking to avoid common pitfalls. There’s a lot to digest here (pun partially intended), but if your health is a priority for you — and it should be! — it’s probably worth your time.