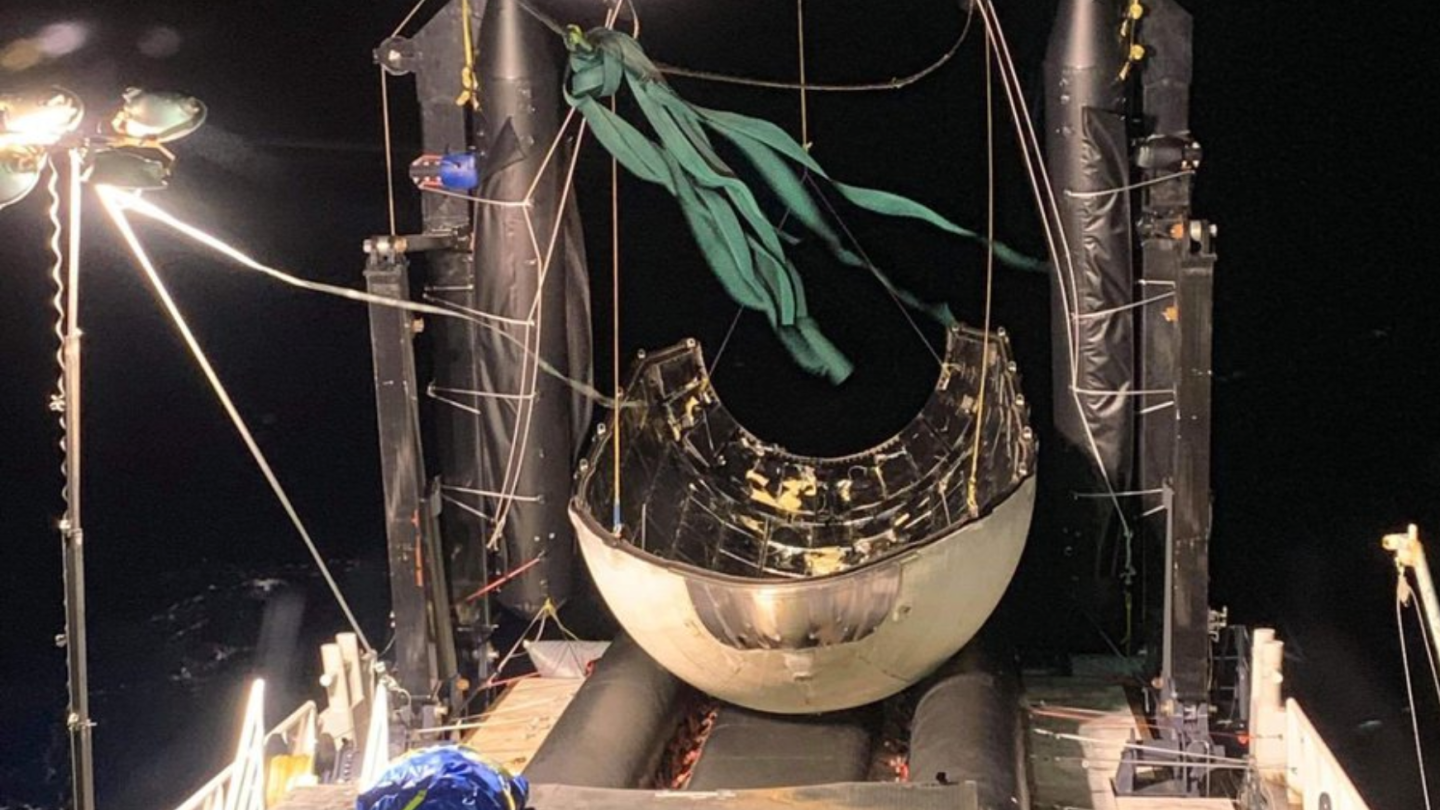 After many delays, SpaceX was finally able to launch its Falcon Heavy rocket this week, for just the second time ever. The company also made history by successfully recovering both of its side boosters and the central core booster, which it had never done before.

Believe it or not, the trio of boosters aren’t the only things that SpaceX managed to recover. SpaceX boss Elon Musk revealed on Twitter that both halves of the spacecraft’s nosecone were also picked up, and they’re going to send them back into space sooner rather than later.

SpaceX’s entire business model revolves around being able to reuse extremely expensive hardware. Landing a rocket booster back on the ground so it can be refurbished is one thing, but recovering other parts of the spacecraft, such as the nosecone fairing, helps to boost SpaceX’s bottom line even more.

Both fairing halves recovered. Will be flown on Starlink 💫 mission later this year. pic.twitter.com/ouz1aqW3Mm

Unfortunately, the fairing halves have proven difficult to recover. The nosecone halves don’t have great aerodynamics, and SpaceX has been testing various ways of recovering them for many months. The company has tried catching them, but getting its net-equipped ship into the right position has frustrated their efforts.

For the Falcon Heavy, SpaceX didn’t catch the fairings but did recover them promptly from the ocean. Seawater isn’t the best for rocket components, but the company is confident it can refurbish the fairings after they’ve been dunked in the ocean. Musk says SpaceX plans on reusing the fairings during the launch of its own Starlink satellite mission later this year.

This would be the first time SpaceX has ever reused nosecone fairings it recovered from the ocean, and the company hasn’t said a lot about the process(es) it plans to use to give the fairings a second lease on life. We’ll see whether things pan out later this year, but SpaceX has been on a winning streak lately and there’s little reason to think that will change.