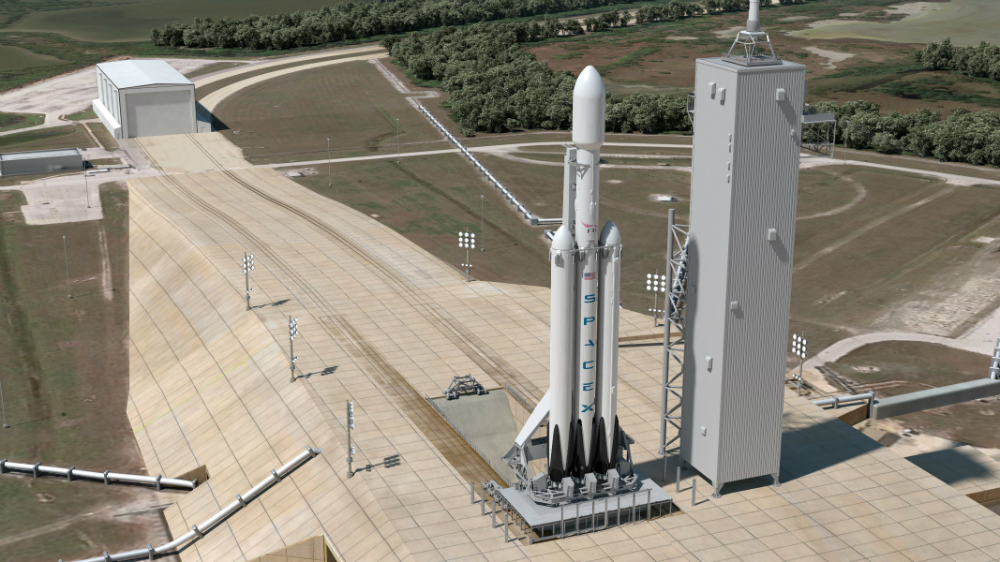 The US government is a dumpster fire fueled by greed and corruption, and now it’s messing with SpaceX’s awesome Falcon Heavy rocket. The government shutdown — which is the result of Congress failing to reach a deal on a spending bill despite the fact that the House, Senate, and White House are all controlled by Republicans — has led many government employees to be furloughed. Unfortunately for SpaceX, some of those employees are vital to their planned Falcon Heavy test fire and could lead to a delay in the planned first launch of the rocket, too.

The Falcon Heavy, which will carry Elon Musk’s own Telsa Roadster skyward whenever it’s finally ready for its maiden flight, was slated for a test firing of its engines in advance of its expected debut launch. However, in order to properly conduct the test, SpaceX needs help from the US Air Force, and the government shutdown means many of the people involved in the test won’t be showing up to work.

At the time of this writing, the government shutdown is well into its third day. A vote on a new spending measure is expected sometime on Monday, but it’s unclear at this point whether or not it will pass. If it falls short of approval, politicians will return to the negotiating table in hopes of reaching some sort of middle ground. As for SpaceX and its shiny new rocket, plans will remain hazy until the government can get its act together, which might be a while.

The Falcon Heavy is undoubtedly SpaceX’s biggest challenge to date, and even Elon Musk has been extremely careful to manage expectations. In its first flight, the rocket and its 27 engines will push towards the heavens and, as Musk has stated multiple times, the rocket isn’t expected to survive its trip.

“There’s a lot of risk associated with the Falcon Heavy, a real good chance that vehicle does not make it to orbit,” Musk famously told scientists at a conference in 2017. “I hope it makes it far enough away from the pad that it doesn’t cause pad damage. I would consider even that a win, to be honest.”

That’s a pretty modest goal, all things considered, but now that the test firing has been pushed back indefinitely it’s unclear whether SpaceX will meet its January launch timeline. We’ll know more once the US government hits the “on” switch once again.