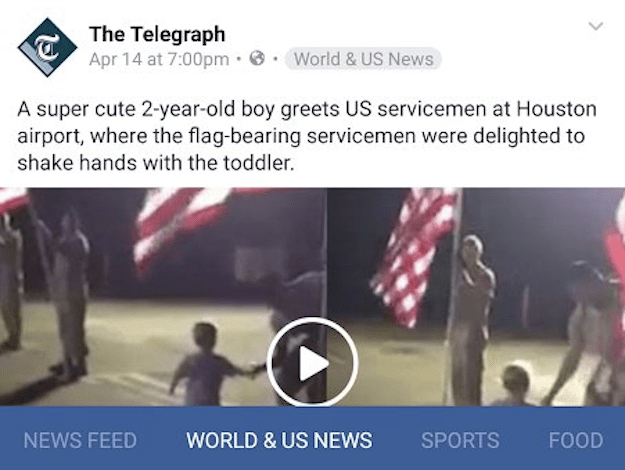 If you’re one of the many news feed detractors, you might be interested to learn that Facebook is currently testing a massive overhaul that could help users focus on a specific topic by adding multiple news feeds to the social network.

Speaking with Mashable this week, Facebook confirmed that screenshots of the experimental UI floating around the internet were legitimate. On the mobile app, users would see several topics at the bottom of the screen, including World & US News, Sports and Food. The standard news feed would remain, but it would allow users to easily switch to focused news feeds without navigating to a new page.

“People have told us they’d like options to see more stories on Facebook around specific topics they’re interested in,” a Facebook spokesperson told Mashable via email. “So we have been testing a few feeds for people to view more and different stories from people and Pages based on topic areas.”

If you don’t like the default feeds, Facebook would also allow you to navigate to a menu and turn certain feeds on or off. As with any of Facebook’s experiments, there’s no telling if we’ll ever see this spread to the entire user base, but it could certainly help to clean up one of Facebook’s most cluttered elements.