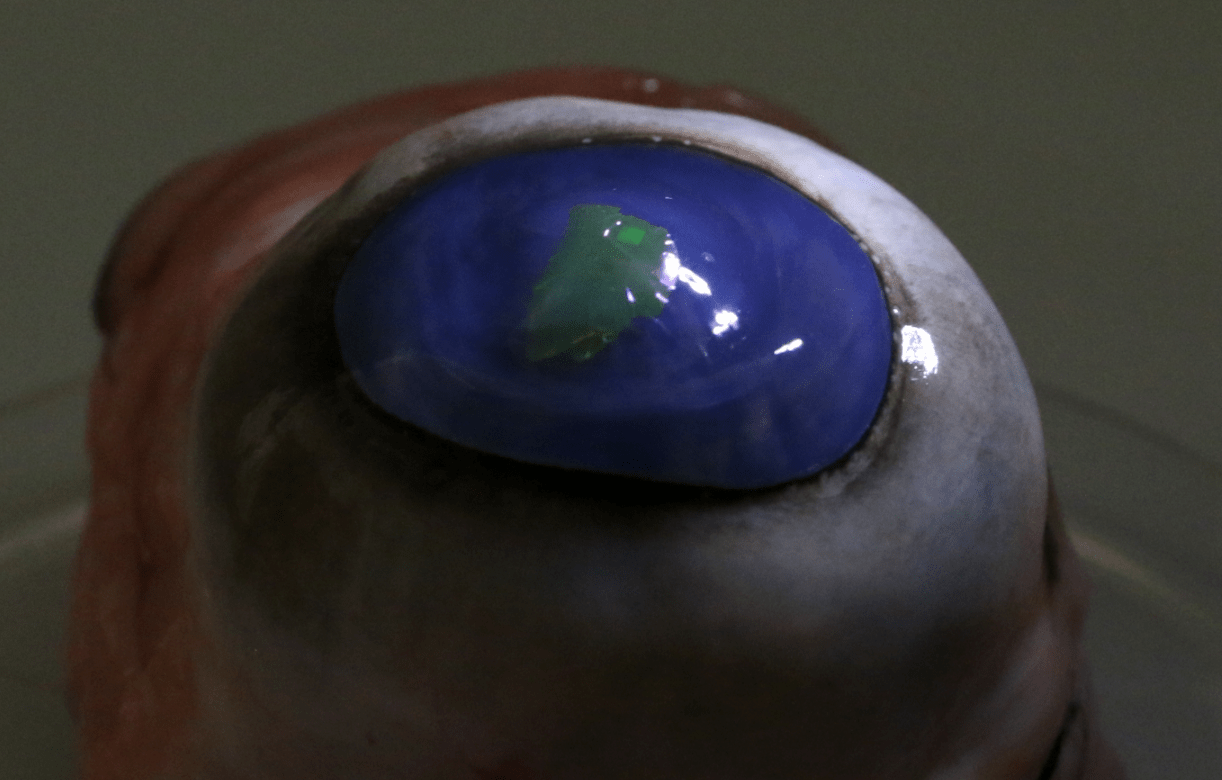 Laser vision probably isn’t super high on your list of superhero abilities that you wish were real — flying, invisibility, and super strength are obviously much more desirable traits — but it may be the first that actually comes true. Researchers at the University of St. Andrews have developed an incredibly thin laser membrane capable of being added to a contact lens, potentially giving the wearer some rather interesting ocular abilities.

The work, which was published in Nature Communications, describes the development of the thin laser membrane which was created using organic semiconductors. The university suggests that the lasers could have “security, biophotonics and photomedicine” applications.”

The lasers, which aren’t particularly bright, were tested on a cow’s eye (which wasn’t attached to the cow) and proved to be functional. The idea of sticking a laser on your eye might sound dangerous, but the researchers say that their invention is totally safe for use on a human eye.

But building a tiny laser into a contact lens isn’t the only idea the scientists have cooked up. They also believe that the thin lasers could be built into paper currency as an added security feature.

“By floating a thin plastic film off a substrate we have made some of the world’s smallest and lightest lasers and put them on contact lenses and bank notes,” Professor Ifor Samuel said of the team’s new invention.

“Our work represents a new milestone in laser development and, in particular, points the way to how lasers can be used in inherently soft and ductile environments, be it in wearable sensors or as an authentication feature on bank notes,” Malte Gather, another professor at the university, explained in a statement.

Going forward, tiny embedded lasers like these could potentially see use as nearly undetectable security features. Aside from the aforementioned application in paper money, they could be used to validate security tags or provide enhanced biometric security if used in tandem with retina scanning, or something similar. No, you won’t be able to melt anyone’s face off with them, but they’re still pretty cool.