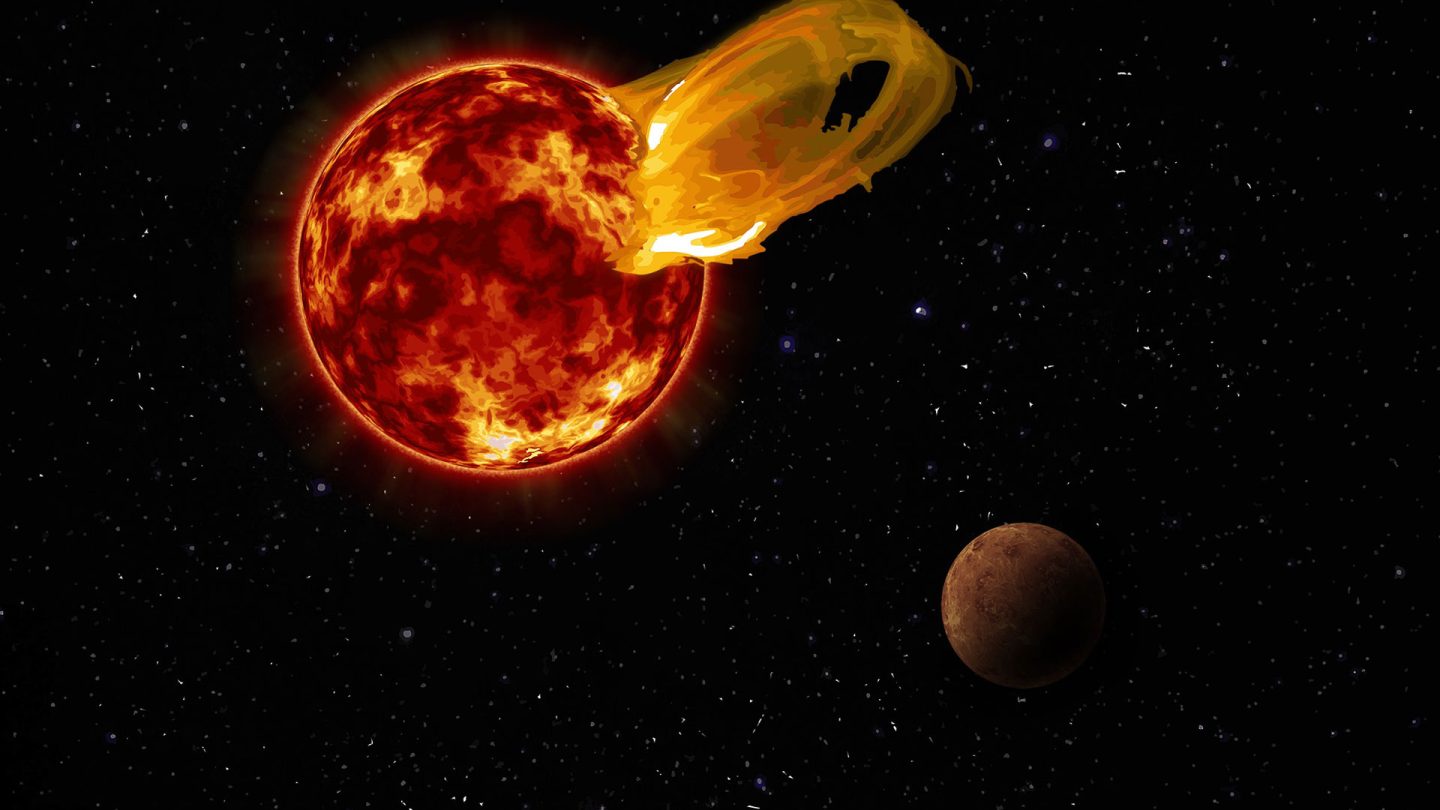 Finding planets outside of our solar system is a challenge, and determining the size, composition, and surface conditions of such planets is more difficult still. Figuring out whether life could exist on an exoplanet, based on all the previous information? Well that’s about as difficult a challenge as an astronomer can imagine, but researchers from Cornell are doing exactly that.

In a new study published in Monthly Notices of the Royal Astronomical Society, scientists from Cornell’s Carl Sagan Institute reveal that conditions on nearby exoplanet Proxima-b may be near the fringe of what is considered suitable for life to take root.

Proxima-b is a planet orbiting the nearby star Proxima Centauri. Proxima Centauri is a red dwarf, which could make a good candidate for fostering habitable worlds around it, but declaring Proxima-b to be habitable has given scientists pause. The exoplanet is incredibly close to its star, completing an orbit in just over 11 Earth days (compared to our own 365-day year).

Because of that, the planet is bombarded with radiation from its star in much greater quantity. As Cornell researchers explain, the exoplanet sees upwards of 250 times the X-ray radiation as Earth, and potentially deadly UV radiation in greater intensity that our own planet.

However, the scientists argue that none of this is necessarily a deal-breaker when it comes to the search for life, and Earth may be our best example of that fact. In their newly published paper, the researchers note that early Earth experienced even more intense UV radiation but still managed to be suitable for life.

It’s possible, then, that the conditions in which life first emerged on Earth may be present on other exoplanets including Proxima-b, and that biological process may already be at work there despite the seemingly hostile environment. The researchers summarize this in the study as follows:

Given that the early Earth was inhabited, we show that UV radiation should not be a limiting factor for the habitability of planets orbiting M stars. Our closest neighbouring worlds remain intriguing targets for the search for life beyond our Solar system.

Looking to the future, Proxima-b may be a prime candidate for humanity’s first interstellar exploration efforts. At a distance of less than five light years from Earth, it’s our closest option, and if we’re searching for life it seems we can’t yet rule it out.