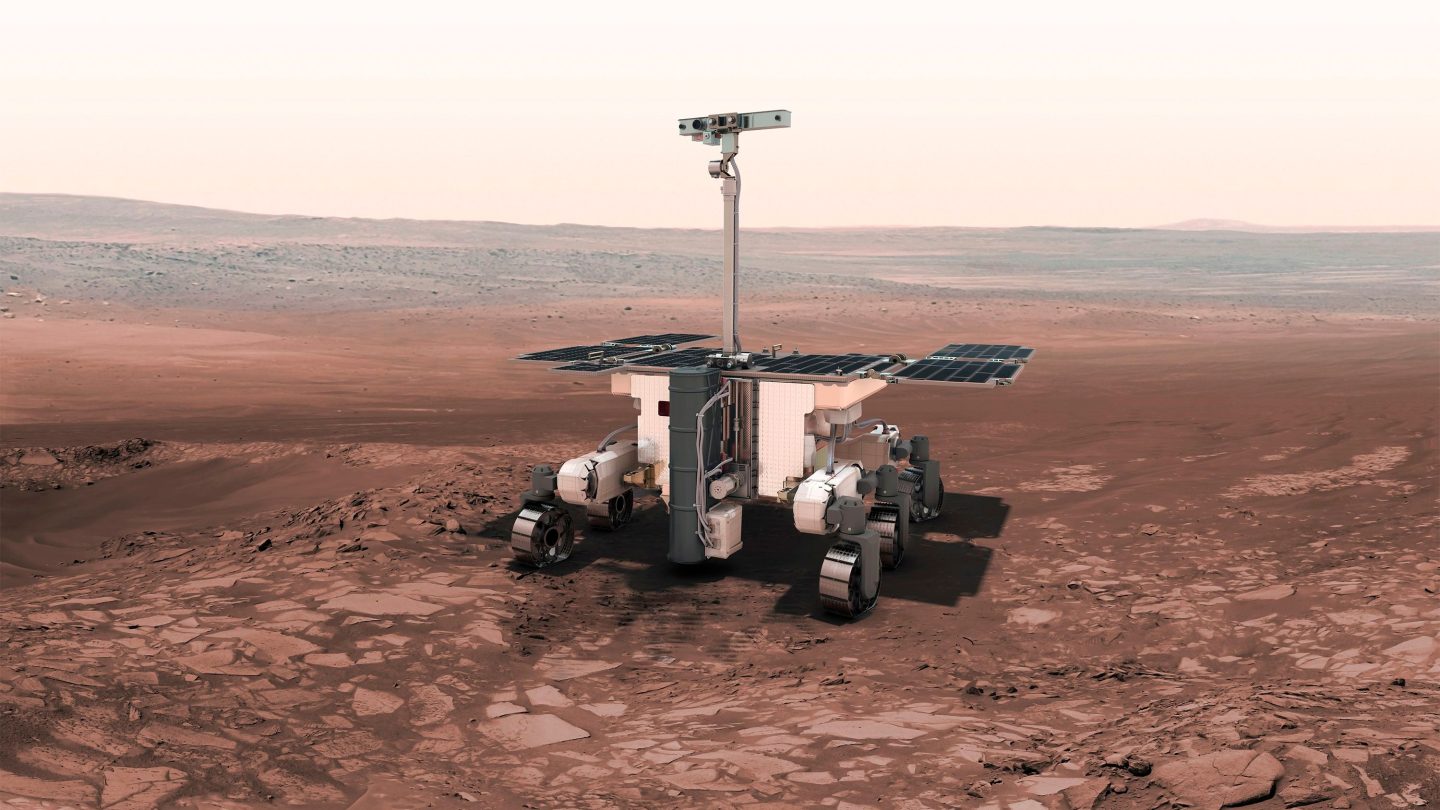 NASA’s Mars 2020 mission is inching toward its eventual launch in July of next year, but it’s not the only rover that has an upcoming date with the Red Planet. The ExoMars program, which is a joint venture between the European Space Agency and Russia’s Roscosmos, is expected to launch a new mission at around the same time and will arrive on Mars in March of 2021, shortly after the NASA’s mission lands in February.

The ExoMars rover mission is similar to NASA’s Mars 2020 efforts, but the ESA is emphasizing that one of the rover’s primary goals will be the search for life extraterrestrial life. To that end, the ExoMars bot was just equipped with a high-tech camera that will help it hunt down locations where evidence of past (or even current) life may be hiding.

Mars was once a dramatically different world, with the dry, dusty surface we see today covered in flowing water and lakes. We still don’t know if anything ever lived there, but the ExoMars rover will make that investigation a top priority.

The robot’s PanCam camera array will be one of its most important tools once it lands on the Red Planet. The cameras will provide observations in both visible light (like what we see with our own eyes) as well as near-infrared wavelengths, and will work in concert with other sensors on the rover to tell scientists which rocks were around when water was more plentiful on the planet.

When promising rocks are identified, the rover will drill them for samples. It’s these samples that could ultimately confirm that life once existed on the planet based on specific biosignatures.

The ExoMars program has already seen the launch of the Trace Gas Orbiter in 2016, which works hand-in-hand with NASA’s Curiosity rover and the newly-arrived InSight lander to send vital data back to Earth.