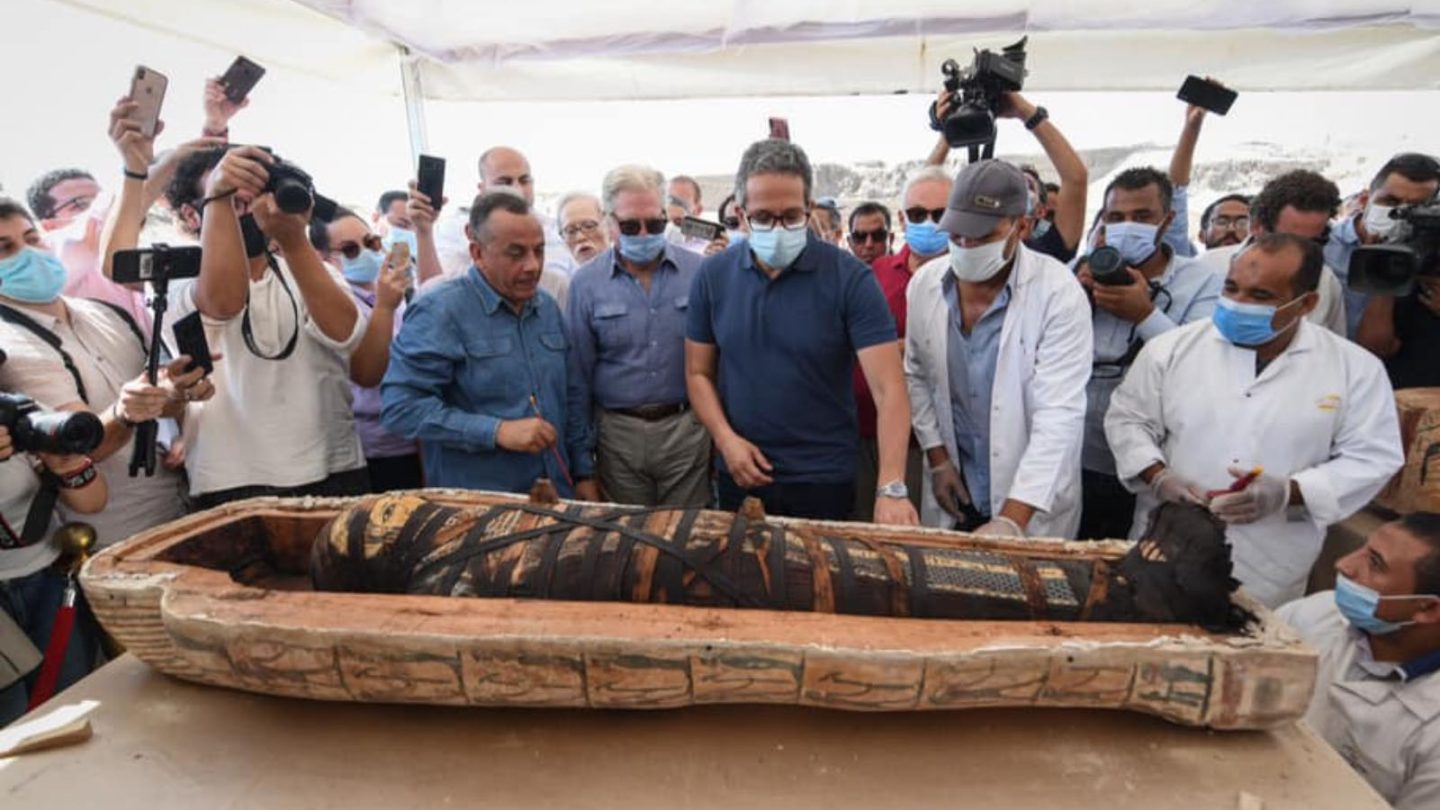 Image: Ministry of Tourism and Antiquities

In case you’ve been living in a cabin in the woods without access to the outside world (wow, that sounds incredible right about now) you already know that 2020 has been rough. What if I told you that there’s a chance it could get even worse? Well buckle up, but because archaeologists in Egypt are in the midst of unsealing dozens of ancient coffins that haven’t seen the light of day in roughly 2,500 years.

If that sounds like a recipe for a curse to you, well, you’re not alone. The coffins were found stacked up in a burial shaft over 30 feet beneath the surface, where they had been resting, undisturbed, for thousands of years. Unable to contain their curiosity, the archaeologists that discovered the sealed sarcophagi decided to crack them open and see what remains were hidden away inside. Great.

According to a press release by Egypt’s Ministry of Tourism and Antiquities, only a handful of coffins were originally discovered in the area, but it soon became clear that there were many, many more buried nearby. They still don’t know the total number of coffins left to be unearthed, but they have already recovered 59 of them. There are likely even more buried several layers deep, the press release states.

The mummified remains found in the coffins that have been unsealed include ancient people of great importance, including priests and “top officials.” You know, the kind of people that would almost certainly put a curse on you if you disturbed their slumber after thousands of years. Nevertheless, the researchers apparently intend to continue to unseal the coffins to see what they can find, and hopefully learn more about the individuals and the time in which they lived.

As Unilad reports, the coffins are being exhibited during the unsealing, and will eventually be shipped to the Grand Egyptian Museum where they can be viewed by the general public.

So, is there any real risk here? Well, it depends what you believe, but generally speaking, it’s unlikely that any “plague” that may have claimed lives 2,500 years ago survived through to today, even in the carefully-prepared mummies that the researchers are now toying with. Speaking personally, I find it more creepy than anything else. These long-dead individuals are not pharaohs or legendary figures, and poking around their lifeless bodies seems somewhat pointless, if not for the interests of tourists who just want to see a real mummy.

In any case, the coffins are being unsealed and there’s nothing you or I or an ancient curse can do about it.