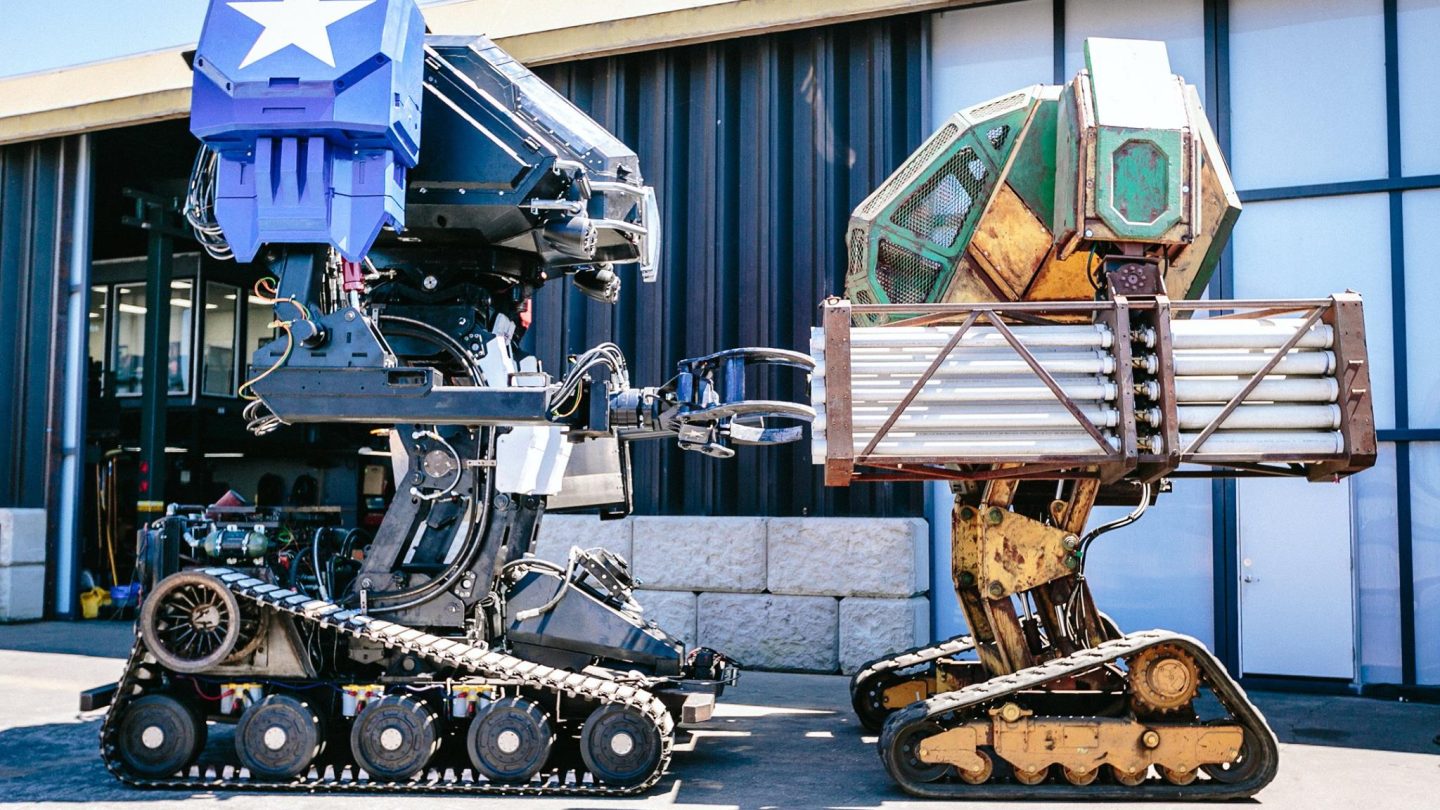 It’s been several years now since the United States vowed to decimate Japan in a robot battle for the ages, and with months and months of development under its belt, we’re finally getting a real glimpse of what America’s robot champion will be capable of. Equipped with a terrifying claw, large twin-barrel cannon, and boasting some impressive handling capabilities, “Eagle Prime” is closer than ever to entering the arena, and here’s what it looks like.

Built by MegaBots, the North American battle bot is expected to take on challengers from both Japan and China in a demonstration of robotic engineering prowess. The appropriately named Eagle Prime stands 16 feet tall and is powered by a massive Chevrolet V8 LS3 engine, putting out 430 horsepower and costing north of $8,000 on its own. From top to bottom, the combat robot weighs in at a hefty 12 tons.

We’ve seen sporadic updates on Eagle Prime over the past couple of years, but the robotics teams from Japan and China have been much more private about their builds. The Japanese firm Suidobashi’s Kuratas robot is expected to face off against Eagle Prime in September, delayed from the expected fight date in August, and China’s “Monkey King” robot will also fight the US bot at a later date.

The actual battle between the bots will be a private affair, but will be recorded and made available for the general public to enjoy after the fact. The decision to tape the fight was made because of the very obvious risk of injury to any spectators.