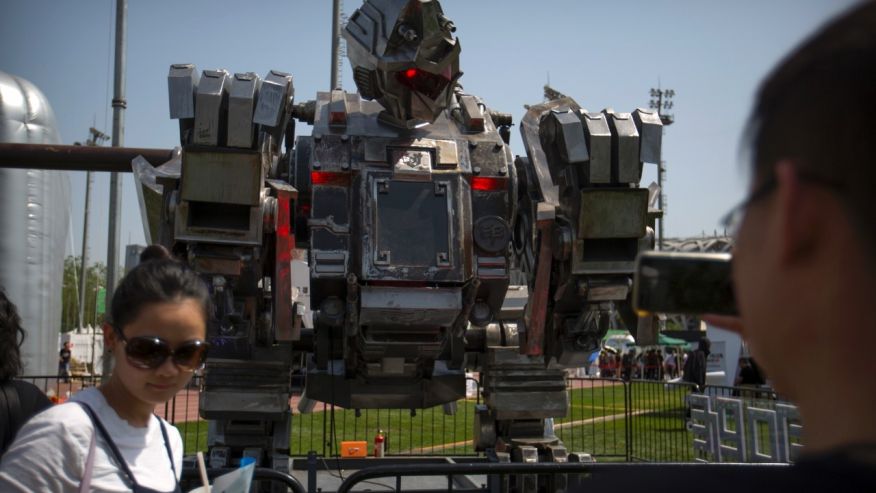 The battle of the megabots just got a little more mega. What the world needs now is gladiator robots, so make room for Monkey King.

For a couple of years, the geek world has been salivating over a potential battle to the death between a couple of metal monsters — California-based MegaBots’ Mark III and a Japanese contender named Kuratas, from Suidobashi Heavy Industries.

But wouldn’t you know it? Just as the mean, not-so-lean fighting machines are gearing up for their last-bot-standing melee in August (date, time and location still to be determined), there’s a new bot in town. And this town ain’t big enough for the three of us, pardner.

JAPAN AND THE US ARE HAVING A GIANT ROBOT DUEL

Enter Monkey King, from the Chinese firm Greatmetal. As reported in Digital Trends, not a lot is known about it, but a promo video shows it isn’t monkeying around. This big baby would make any rival quake with fear, if megabots only had feelings and could actually quake.

But it will have to wait at least until fall. Right now, Mark III, which weighs 12 tons and stands 16 feet tall, and Kuratas are getting fine-tuned and greased up for August. Their makers, meanwhile, are doing what they can to make sure their human operators don’t get killed in the fight.

“We have about 3,000 wires on the robot, around 300 hydraulic hoses, 26 of the fastest hydraulic valves in the world, and a 430 horsepower gas engine that wants to be in a car and not a robot,” MegaBots co-founder and CEO Gui Cavalcanti told Digital Trends in April.

Pshaw, says Suidobashi’s Kurodo Kurata. “Just building something huge and sticking guns on it — it’s Super American…. “If we’re going to win this, I want to punch them to scrap and knock them down to do it.”

Them’s fightin’ words. Monkey King will just have to wait.