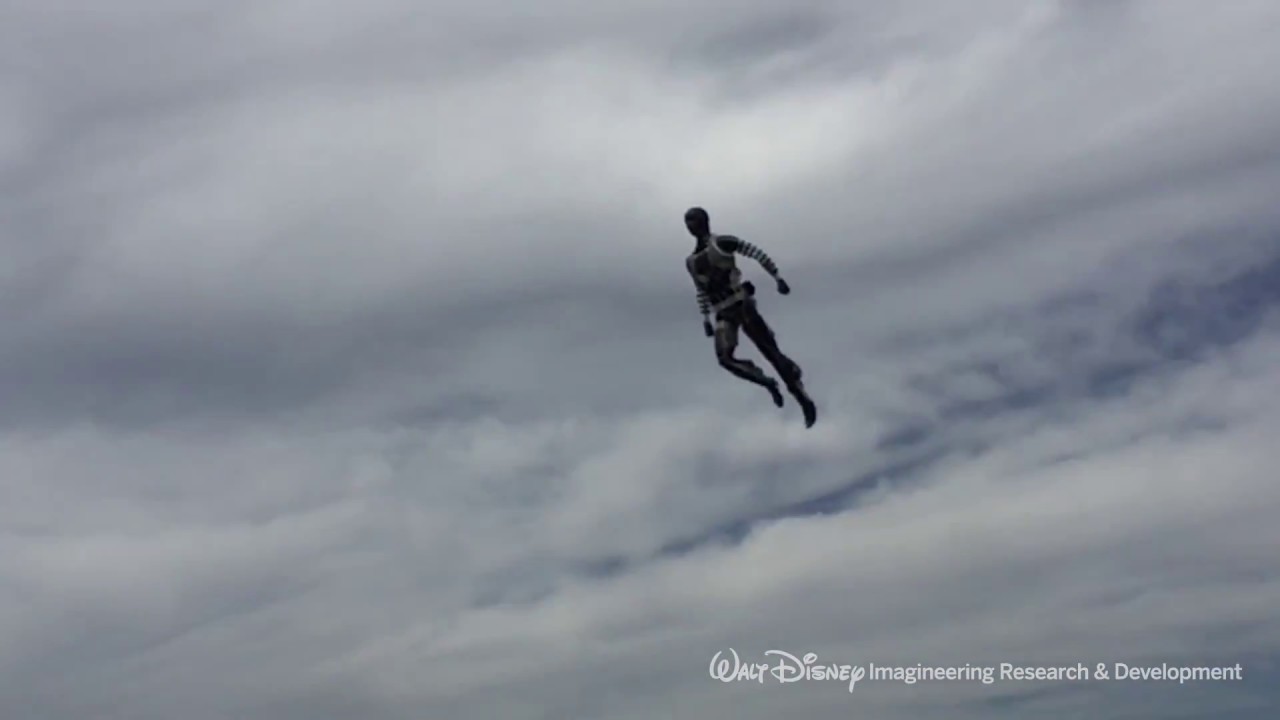 It’s already a lame joke/terrifyingly possible dystopia that robots will have taken all our jobs by 2040, but we often assume that a handful of uniquely skilled humans will continue to find gainful employment. If your unique skills include coordination, love of heights, and embrace of death however, then you’re out of luck.

Disney’s R&D team recently gave TechCrunch a sneak peek at Stuntronics, an animatroic robot that can perform complex and challenging aerial stunts consistently, and with zero risk of death. The videos look exactly like something out of a Marvel movie, and the speed at which the team says they created the project hints that even better versions will be coming soon.

The focus — for now — isn’t on replacing stuntmen and stuntwomen in actual movies, but rather to use robotic versions in the theme parks that uses to monetize its franchises even further. “So what this is about is the realization we came to after seeing where our characters are going on screen,” Tony Dohi, Principle R&D Imagineer, told TechCrunch “whether they be Star Wars characters, or Pixar characters, or Marvel characters or our own animation characters, is that they’re doing all these things that are really, really active. And so that becomes the expectation our park guests have that our characters are doing all these things on screen — but when it comes to our attractions, what are our animatronic figures doing? We realized we have kind of a disconnect here.”

You can see the potential immediately — the robots are not only more consistent than human stuntmen (and don’t need healthcare), but also pull off poses and moves in the air that are distinctly superhero-y: