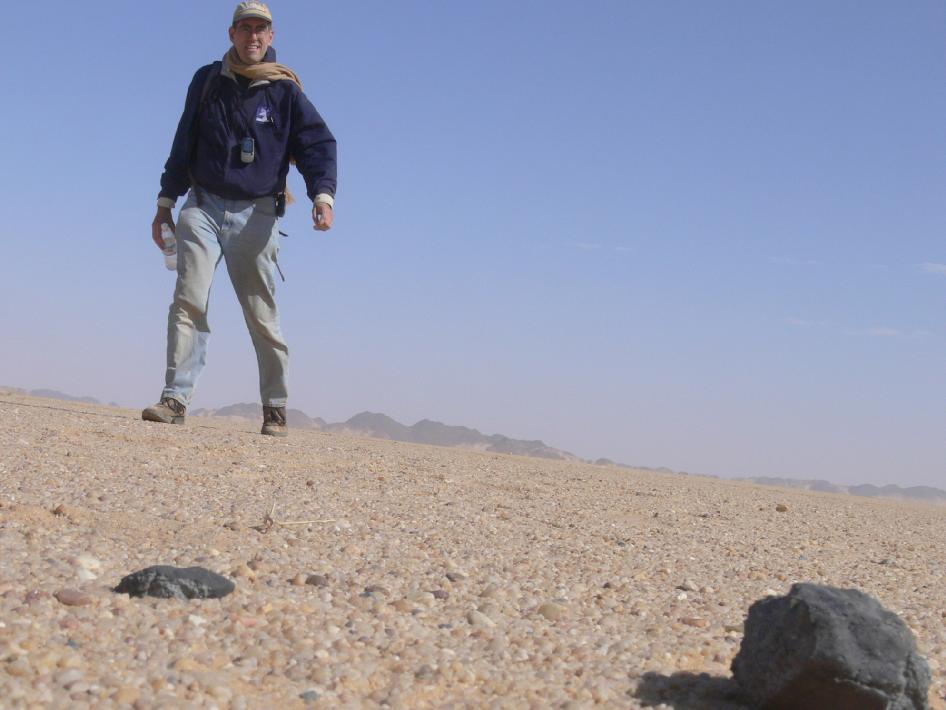 Mankind has managed to learn a lot about our Solar System and the planets that reside in it simply by gazing into the night sky, but finding evidence of planets that no longer exist is obviously a much more difficult challenge. A team of scientists now believes they’ve done just that thanks to the shattered remains of a rock that fell to Earth back in 2008. The Almahata Sitta meteorite broke up in Earth’s atmosphere and drifted down to the sands of Sudan’s Nubian Desert, and the precious gems found inside of its rocky chunks may reveal the existence of a planet that not longer exists.

The strength of diamonds gives them the unique ability to act like a record of the past, and the diamonds found in the remains of this particular meteorite appear to have come from a still-forming “protoplanet.” The researchers know this because of the materials found in the meteorite, which could only have formed in a massive rocky body. The only two possible explanations are a colossal asteroid or a young planet.

After analyzing the meteorites and diamonds hidden within them, the researchers determined that they could only have formed under incredible pressure, and perhaps even within a young planet as large as Mars. Their work was published this week in Nature Communications.

“We discovered chromite, phosphate, and (Fe,Ni)-sulfide inclusions embedded in diamond,” the researchers write. “The composition and morphology of the inclusions can only be explained if the formation pressure was higher than 20 GPa. Such pressures suggest that the ureilite parent body was a Mercury- to Mars-sized planetary embryo.”

The scientists believe that whatever planet it may have come from is completely gone, which would have happened very early in the Solar System’s life. They believe that large Mars-size worlds were common in the early days of our system, and that many of them collided with each other and broke down into smaller bodies that were then absorbed by other planets. The chunk of space rock that dropped in the desert in 2008 is considered the first evidence of the existence of these early planets which no longer exist.