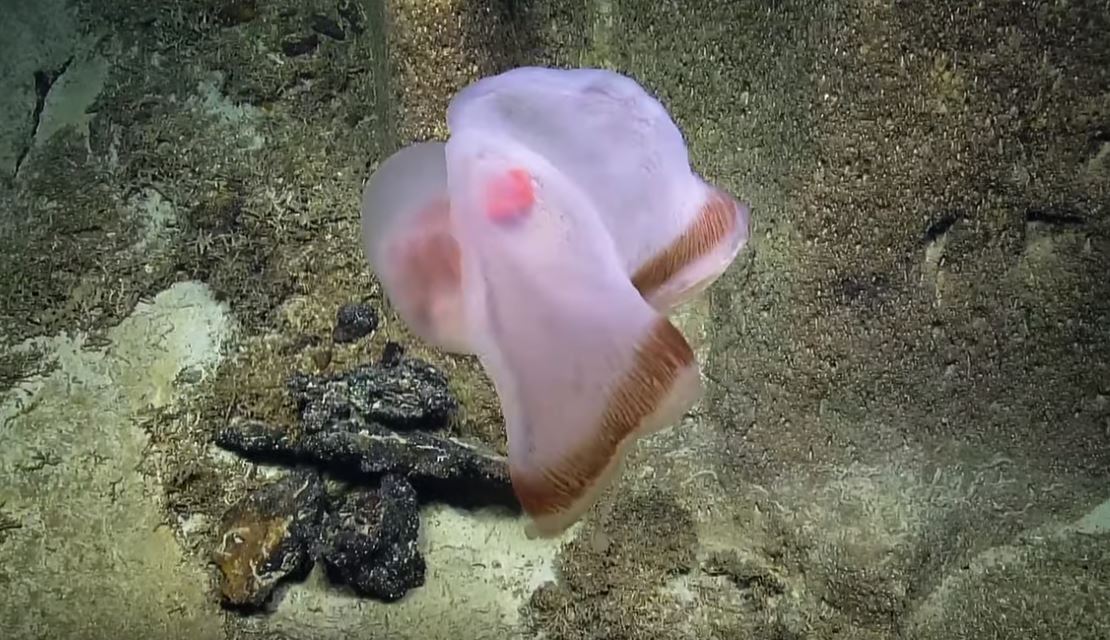 For scientists exploring the deepest reaches of Earth’s oceans, surprises are hiding around just about every corner. Poking around on the ocean floor is difficult, and much of the wildlife that calls those deep waters home remains unidentified. Expeditions like those conducted by the Nautilus group regularly observe creatures nobody has ever documented before, and earlier this month they found a jellyfish that seemed to defy the laws of physics.

Believed to be a member of the Deepstaria jelly family, the creature looked relatively normal at first, with a soft, pinkish body and organs positions at the top of its bell, but things got weird in a hurry.

Reacting to the water currents generated by the remotely operated vehicle, the jelly’s flexible body quickly expanded to many times its original size, twisting and expanding like a plastic bag. The ability to expand and then contract allows the jellyfish to feed on whatever it captures inside its own body.

Inside the bell, you’ll notice a bright red object, which is actually a totally separate creature. It’s an isopod which has decided to make a home inside the jelly. This is something that is regularly seen with members of the Deepstaria family, though scientists are still unclear as to whether the relationship between the two animals is symbiotic or if the isopod is acting as a parasite.

The Nautilus team regularly streams their adventures live via their appropriately titled Nautilus Live web portal. The streams are always pretty entertaining, and it’s incredibly fun to hear the researchers reacting to their discoveries as they happen, especially when they stumble upon an animal as unusual as this.