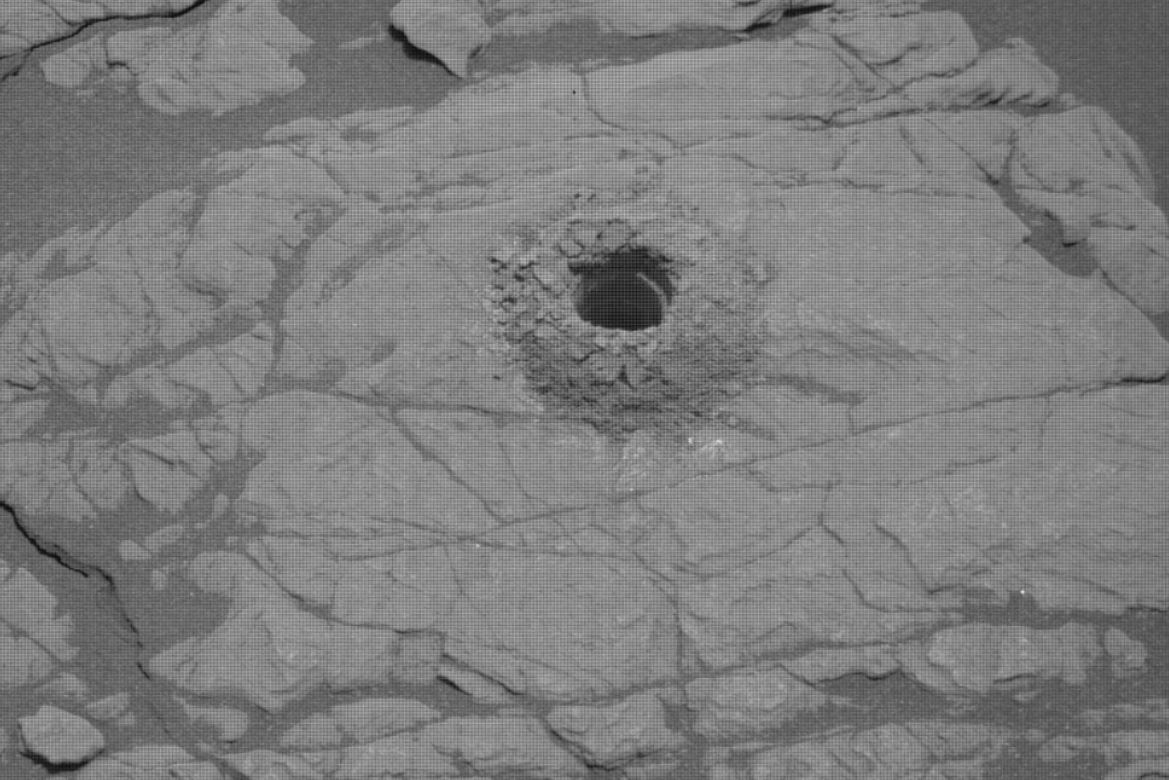 The year 2019 started off on a bittersweet note for NASA with the unfortunate demise of the incredibly trusty Opportunity rover on Mars. It was a sad day for the scientific community as a whole, but it wasn’t the only rover cruising around on the Red Planet, and NASA’s Curiosity rover has continued its stellar work even as it (probably) mourns the loss of its comrade.

Now, continuing on its quest to learn more about the Martian landscape, Curiosity has successfully drilled another hole in a new location, securing a sample that the robot will soon analyze.

In a new blog post, NASA’s Curiosity team reveals the successful drilling attempt at a target that’s been nicknamed “Aberlady.” The rock is one of many that Curiosity has sampled since it landed on Mars way back in 2012, but the data it provides is no less important.

“We’ll kick off the Sol 2372 plan with a short science block to analyze 2 targets with ChemCam: the inside of the drill hole (Aberlady) and a nearby bedrock target ‘Mayar.’ We’ll also use Navcam to conduct a dust devil observation,” the Curiosity team writes. “The next step in our drill campaign is to determine if we collected powdered rock sample and whether it is behaving as expected.”

This might seem like a normal day for Curiosity, and in many ways it is, but the fact that Curiosity is successfully drilling anything at this point is a testament to NASA ingenuity. You see, Curiosity isn’t drilling things in the way that it was originally designed, and after an unexpected failure back in late 2017 NASA engineers were forced to come up with a new way for the rover to use its drill.

Originally, Curiosity was designed to brace its drilling instrument against a surface using stabilizing arms before extending the drill bit. Unfortunately, the mechanism that actually extended the drill bit failed and NASA had to invent a new method. After testing various techniques, NASA ultimately commanded Curiosity to physically push the drill bit into its targets with its robotic arm, foregoing the use of the stabilizing posts.

As you can see by the hole in the photo above, the new method has proved useful, and Curiosity has been able to continue its work despite the unfortunate failure.