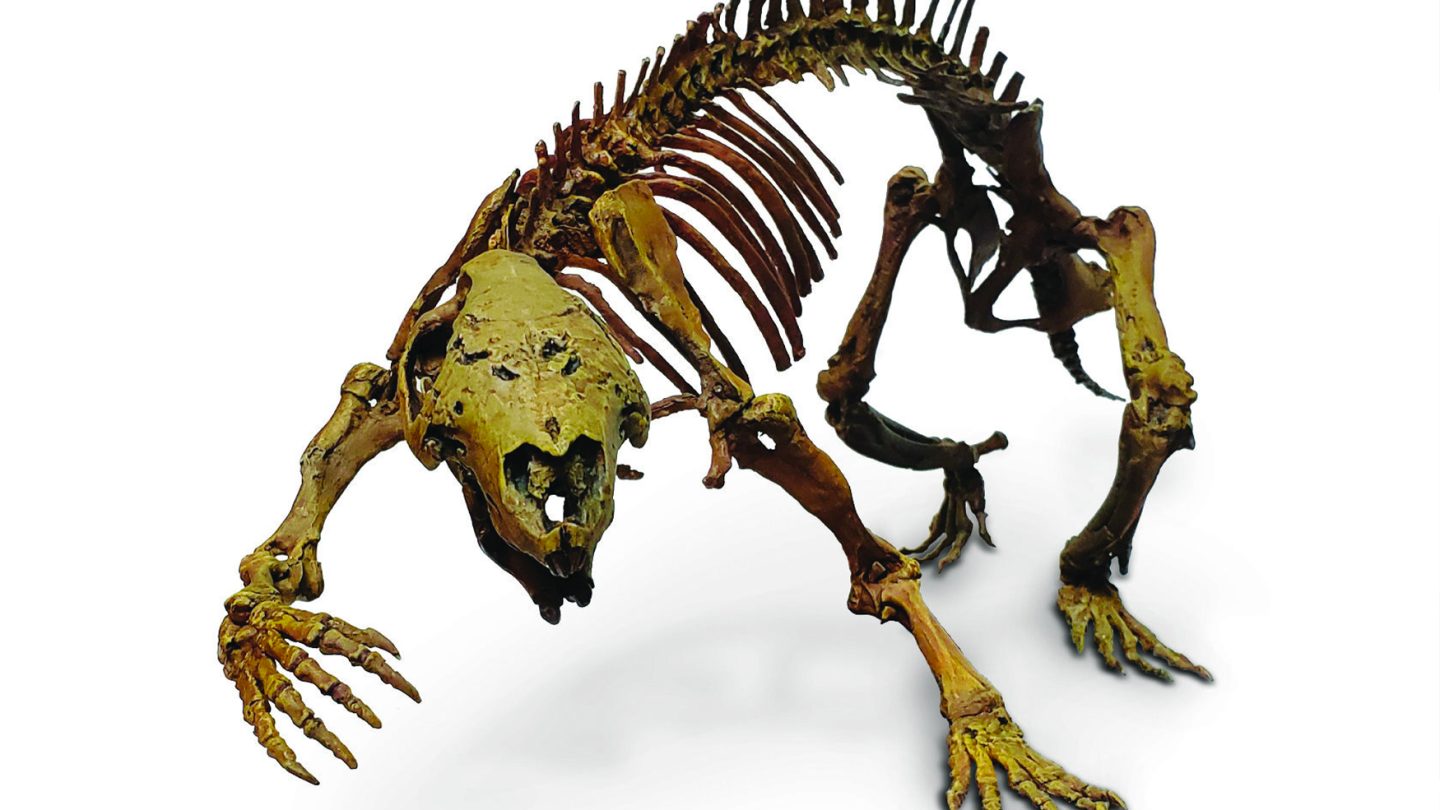 Oftentimes when paleontologists are studying the remains of an ancient creature they have a pretty good idea of its lineage from the moment they lay eyes on it. In fact, some new species are so similar to creatures that are already in the scientific record that researchers spend months or even years sussing out the tiniest differences in order to correctly identify a new species. In the case of an ancient mammal named Adalatherium, determining that it was a new species was fairly straightforward, but understanding its place in the massive tree of life was still quite a challenge.

You see, the animal is such a strange mix of features from other species that figuring out where they fit in the world of mammals took a long time. In fact, some of the features the animal possesses has left researchers still scratching their heads.

Adalatherium, which translates to “crazy beast,” was native to Madagascar. Madagascar is well known for its incredibly interesting and diverse wildlife, and that trend apparently stretches back some 66 million years or so. The years-long work of studying the creature has been featured in a paper in the Journal of Vertebrate Paleontology.

The animal’s odd combination of features begins with its legs. Its hind legs are “sprawling,” in a way that you might think of a lizard’s, while its front limbs were held close to its body. Its rear legs were muscular and strong, with powerful claws, while its front legs were slim and lean.

“Adalatherium is simply odd,” Dr. Simone Hoffmann, co-author of the research, said in a statement. “Trying to figure out how it moved, for instance, was challenging because its front end is telling us a completely different story than its back end.”

Things get even more bizarre when you look at its teeth. The creature’s front teeth were similar to those of a rodent in that they were constantly-growing, meant to be whittled down over time. Meanwhile, the teeth toward the back of its jaws were just plain weird and unlike anything scientists have ever seen before. In fact, the researchers said that if just the rear teeth had been discovered, nobody would ever have known what animal they were from. They’re that unique.

If nothing else, the discovery and work to identify this “crazy beast” is proof that there are still so many creatures waiting to be found, and some of them are truly unique.