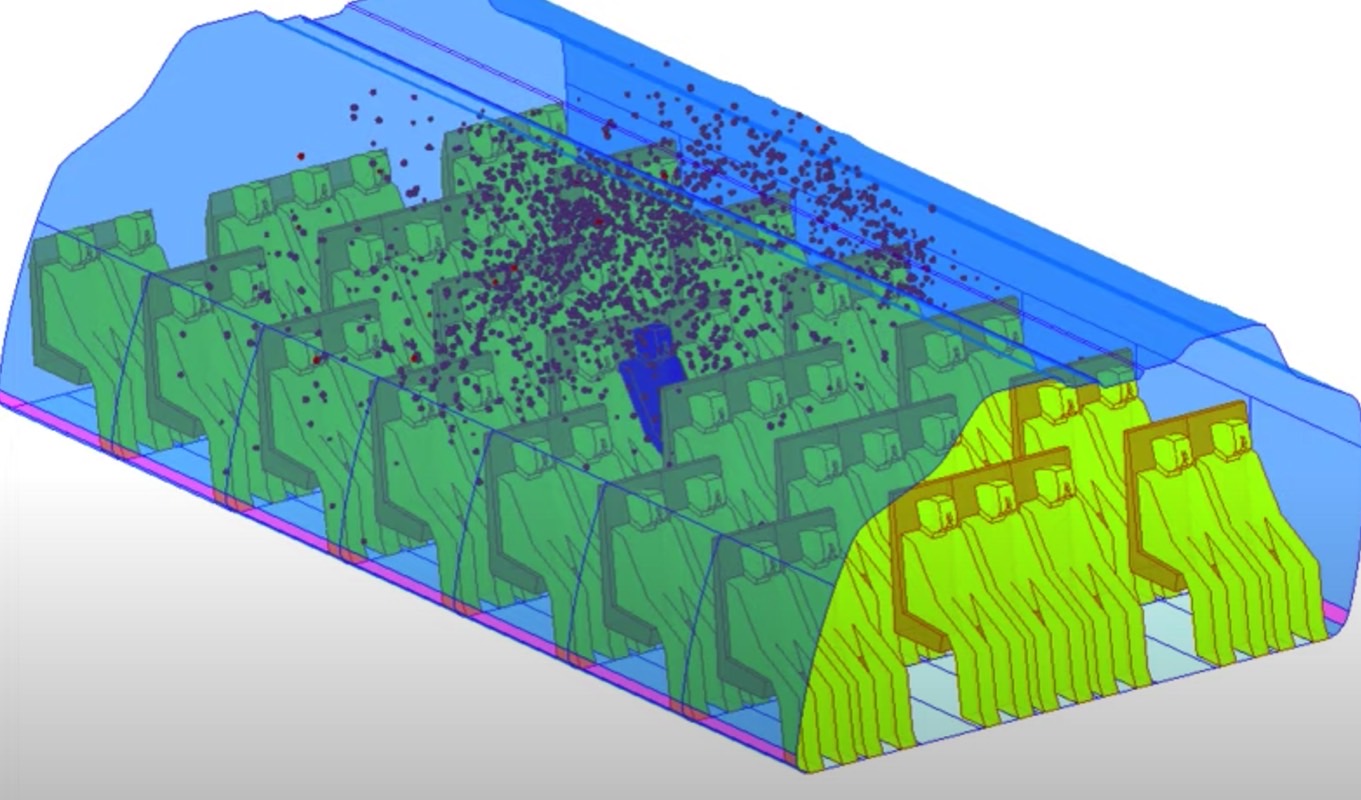 I showed you a scary study from China a few days ago that told us it will be a while until we can trust restaurants again. The economy will open slowly and you’re probably dying to eat out, but that study suggested social distancing measures in a restaurant might not be good enough to stop the potential spread of the coronavirus. It’s not the food that’s the problem, it’s the ventilation system in closed quarters that may promote transmission. Researchers found that a single person with COVID-19 was responsible for infecting two other families eating in the same restaurant, after being exposed to each other for about an hour. The air-conditioning unit may have spread the virus to other tables, that research said.

I’m now about to show you a clip of what happens when someone coughs inside the cabin of an airplane, and the conclusion might be even worse. It will be a while before we’re at ease flying. Unlike restaurants, planes have more advanced air filtering systems that might prevent infection. However, it seems clear that won’t be enough to reduce exposure to the virus.

Let’s revisit the restaurant story first. Patient A1 at the table below was infected with the novel coronavirus but displayed no symptoms when he or she went out to eat. Person A1 then infected other members of his or her family as well as people in two additional parties:

Now let’s look at the scary video I mentioned before:

The clip shows what would happen when somebody coughs inside an airplane. The simulation was conducted by the Purdue University’s School of Mechanical Engineering. Part of a study for Boeing from 2014 looking at potential airflow changes with the plane’s ventilation system that could reduce the risk of infection from a contagion like SARS.

The clip shows that the droplets can travel around the person who coughs and take a while to settle. The video wasn’t created for COVID-19, but it can be applied to the disease. That’s because the novel coronavirus is transmitted via droplets that a person ejects while sneezing, coughing, or even just breathing or speaking. Other people can then inhale those droplets directly, or indirectly by touching a surface where they landed and then touching one’s face.

Airline officials will tell you that airplanes have a sophisticated air filtration system that can eliminate 99.999% “of even the tiniest viruses.” That’s Delta, by the way, talking about HEPA filters to The Washington Post. But even with those filters in place, there’s no guarantee that aerosolized virus will reach the plane’s filters before infecting other passengers in the vicinity of a sick person.

Research can’t say how far these droplets can travel, and we’ve seen an increasing number of clips looking at SARS-CoV-2 aerosols that might be infectious. Some people believe that just speaking is enough for an infected person to eject tiny microdroplets that contain the virus. And these may float in the air for quite a while longer than bigger droplets that land on surfaces.

What’s interesting in the Post report that addresses the research above is the reason why it was conducted in the first place. The anecdote involves the SARS-CoV-2 precursor called SARS, which caused the deadly outbreak in 2003 that killed 774 people around the world:

On March 15 of that year, a Boeing 737 took off from Hong Kong for a three-hour flight to Beijing, with a feverish 72-year-old man sitting in 14E, a middle seat.

Of the 120 people on board, 22 were later diagnosed with confirmed or probable cases of SARS, according to a reconstruction published in the New England Journal of Medicine that year. Researchers said the “most plausible” explanation was that they were infected on the plane by the man in 14E. He died of atypical pneumonia a few days after the flight.

The researchers said people witting within three rows in front of the infected person are the most at-risk. But two flight attendants and two people seated seven rows in front of this particular patient were also infected. Researchers believe these people couldn’t have been infected before joining the same flight, although that hypothesis can’t be ruled out. Still, the research proved that an infectious disease can spread with ease inside an airplane.

Their results, published last year, were startling. They found that passengers sitting with a SARS patient in a seven-row section of a Boeing 767 would have a 1-in-3 chance of getting sick from a five-hour flight. On a shorter 737 flight, the risk was 1 in 5.

It’s unclear whether the same thing would happen with the novel coronavirus, but this research is proof that several measures might be required to put our minds at ease when flying during the pandemic. Screening at airports, wearing face masks, social distancing seating, and changes to the AC airflow might be required.

Chen said that changing the ventilation system to have the airflow run from the floor upwards would cut the risk of transmission in half for SARS. The expert also noted that there are still uncertainties for the way SARS-CoV-2 behaves in the air, and that remains a cause for caution. Chen also said that aerosols from feces might pose a risk to people inside the airplane, citing recent research on the matter.

The Post explains that airlines might explore the use of a certain type of UV light that could be harmless to the skin and eyes but could kill the virus in droplets and work together with the filtering system to reduce risk. However, there’s no guarantee such measures will be widely deployed, and these UV products are still being studied.

That said, if you have to fly you should take all possible precautions and hope nobody has the virus around you. The Post’s full article is definitely worth a read.