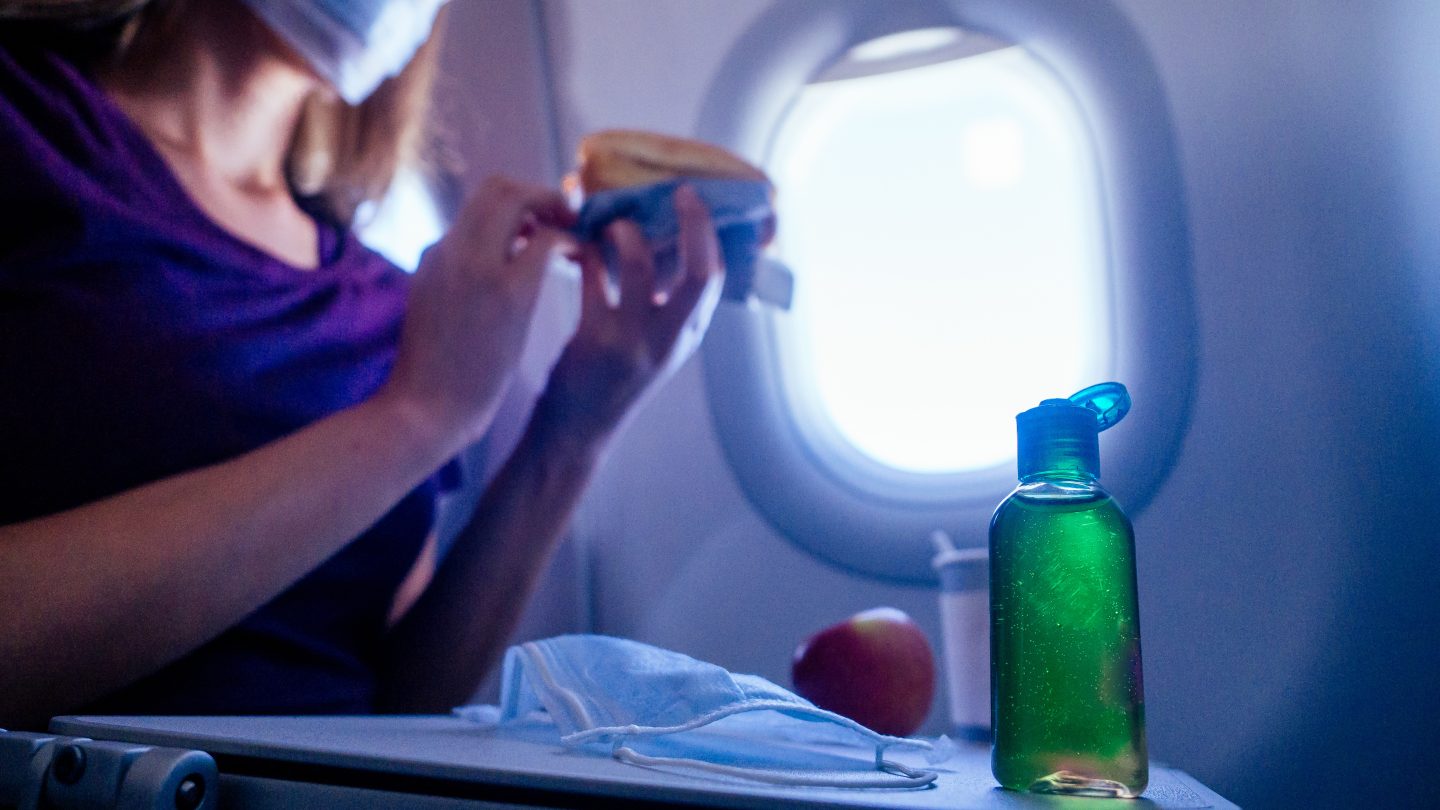 Flying during the pandemic isn’t exactly a risk-free endeavor. A variety of studies have recently shown that the risk of COVID-19 spread aboard aircraft can be significantly reduced if everyone wears masks. The air ventilation and filtration system in the cabin combined with universal mask use can drastically reduce the risk of spread. But spending a finite amount of time inside the same crowded indoor space is only part of the story.

Several other phases are involved in airplane travel, including getting to the airport and back, spending time inside the airport before the flight, during layovers, and after landing, and the actual procedure of embarking and disembarking. Plenty of things can go wrong at any point that could result in infection.

A brand new study looks beyond the actual flight showing that as many as 59 people in Ireland contracted the novel coronavirus, and it all started with a 7-hour flight that landed in the country.

The scientists who were tasked with tracing the source of the cases this summer found that all 59 cases in the region linked to the same flight. The plane only had 49 passengers aboard, including groups from several continents who came to Ireland. The passengers were spaced out in the plane that flew at only 17% capacity, as seen in the schematic that follows.

Of those, 13 passengers tested positive for the novel COVID-19, and they infected in turn 46 more people in various places in Ireland. Not all the people on the plane were tested, as seen in the schematic.

The study revealed that only nine of the confirmed 13 infected passengers wore masks during the trip. A child did not wear a mask, and it’s unclear whether the remaining three passengers had masks on during the flight.

It’s unclear where the infection started, but the researchers mapped the genomes from various patients, concluding that it was the same strain of the virus. Also, the positive passengers started showing symptoms two days after the flight, suggesting that some of them may have been infected before boarding the plane. But some showed symptoms or were tested positive a few days later, suggesting that transmission aboard the plane may have been possible.

“Non-pharmaceutical interventions with distancing and restricted crew/passenger interaction can contribute to the prevention of COVID-19 transmission in-flight, and recent studies speculate that face coverings confer protection,” the researchers wrote, pointing out that the risk remains. “It is interesting that four of the flight cases were not seated next to any other positive case, had no contact in the transit lounge, wore face masks in-flight and would not be deemed close contacts under current guidance from the European Centre for Disease Prevention and Control (ECDC).”

Other studies have shown that flights where crews were strict about face masks were safe, and infected passengers did not spread the illness to other travelers.

The Irish study shows how important contact tracing can be for reducing the scope of outbreaks and ensure the safety of others in addition to other preventive measures. Such campaigns aren’t possible in communities with a huge incidence of cases.

“This study is one of few thus far demonstrating in-flight transmission of SARS-CoV-2 with extensive onwards transmission,” the researchers say. “In-flight propagation patterns merit further study. Health advisories and personal responsibility, augmented by state and airline checks, should preclude travel in those with symptoms. Stringent on-board infection prevention and control measures are vital to reduce the risk of both symptomatic and asymptomatic in-flight transmission. Restriction of movement on arrival and robust contact tracing are essential to limit propagation post-flight.”

President Trump often touts his ban on China and Europe as moves that have saved millions of people. Banning travel prevents transmission; the European Union banned all travel from the US a few months ago, as America grappled with a resurgence of the first wave, which reached an even higher peak. That ban is still in effect. But Trump’s travel ban on Europe from March was often criticized for the rushed implementation that resulted in a huge influx of travelers returning home over a weekend. Images with crowded airports made the rounds of social media at the time, showing the kind of environment where the novel coronavirus would thrive. This was before officials were even recommending people to wear masks in public places and well before airlines started enforcing their own mask mandates on all flights.