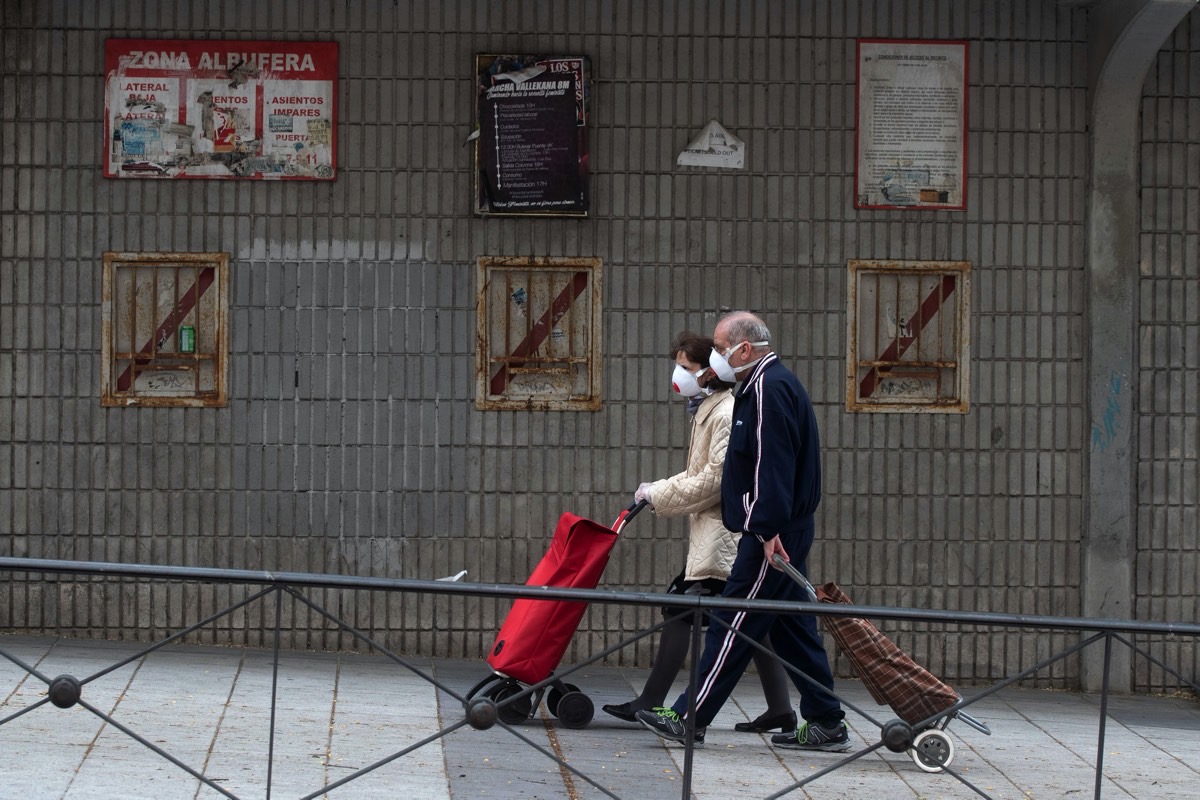 Throughout Europe and the US, countries and states are slowly opening up their economies following weeks of social distancing measures that cost millions of people their jobs. The threat hasn’t disappeared, however, and people still risk contracting COVID-19 even in regions where the curve has been flattened significantly. That’s because the world’s coronavirus problem is much bigger than we thought. A study from Spain, one of the hardest-hit countries in the world, reveals that far more people caught the disease than the official numbers show.

However, not enough of the population got infected for Spain to reach so-called herd immunity, which would reduce the risk of infections significantly. Moreover, the research shows the virus has been able to spread in communities with terrifying speed, and that it’s not done spreading yet. Finally, the study offers a better perspective of COVID-19’s real fatality rate and the risk associated with opening the economy to normal levels.

Researchers from the Carlos III Health Institute of Spain took blood samples from nearly 70,000 people in search of COVID-19 antibodies, the signal that a person has survived a novel coronavirus infection. Such studies will be performed in other countries as well to determine the actual number of coronavirus cases.

Most countries failed to respond the right way when it comes to testing and contact tracing. As a result, patients in the US and other countries may have been eligible for testing only after showing some of the most common signs of the disease that would require hospitalization. That left many asymptomatic people out in the wild who were still able to infect others, with no idea they were infected themselves.

The Spanish study concluded that nearly 90% of coronavirus patients went undiagnosed in the country. Only 5% of the Spanish population has been infected, a percentage far lower than the 60% estimate that experts say is needed to offer herd immunity. That was the national average. Regions in central Spain around Madrid had a higher number of infections, going as high as 13.5%. Coastal provinces had lower infection rates, between 1.1% and 3%.

As El Pais explains, the serology tests looked for antibodies that covered recent infections, as well as older ones:

These numbers indicate how many people have IgG antibodies, which take longer to show up in the body and which mean that the person has been exposed to the virus but does not have an active infection. The serology test also detects IgM antibodies, made earlier by the immune system in response to the virus – around six to seven days after the onset of symptoms.

The study suggests that Spain has a COVID-19 caseload of 2,350,000 cases, significantly higher than the confirmed cases. That figure is at over 272,000 as of Thursday afternoon, including 27,321 fatalities.

“Five percent is the equivalent of 2,350,000 cases. If there were around 27,100 deaths, that means that the fatality rate is between 1 and 1.2%,” epidemiologist Jesús Molina Cabrillana told El Pais. That’s at the higher range of estimates for the infection fatality rate, which experts say it ranges from 0.5% to 1%. Comparatively, the fatality rate for the number of diagnosed COVID-19 cases is at 10% in Spain.

The study concludes that the cost of acquiring herd immunity would be between 200,000 and 300,000 deaths. Epidemiologists told the newspaper that social distancing measures have to stay in place until a vaccine becomes available.

Vaccine development has been fast-tracked, but it will likely be at least 12 to 18 months before we can get our hands on them. At best, a vaccine will be ready in early 2021, but even then, it will be impossible to inoculate the entire population. Still, we already have proof that various drugs that are used to treat other diseases can significantly reduce complications and the risk of death until the vaccine arrives.

Similar studies will likely deliver similar results in other countries. More people have been infected than the total number of confirmed cases. If we were to extrapolate the findings of the study to the entire world, we’d end up with nearly 45 million infections worldwide. On the other hand, if we apply the estimated fatality rate for COVID-19 (0.5% to 1%) to the current worldwide death toll (300,674), we end up with a total number of theoretical global coronavirus infections ranging between 30 million and 60 million.