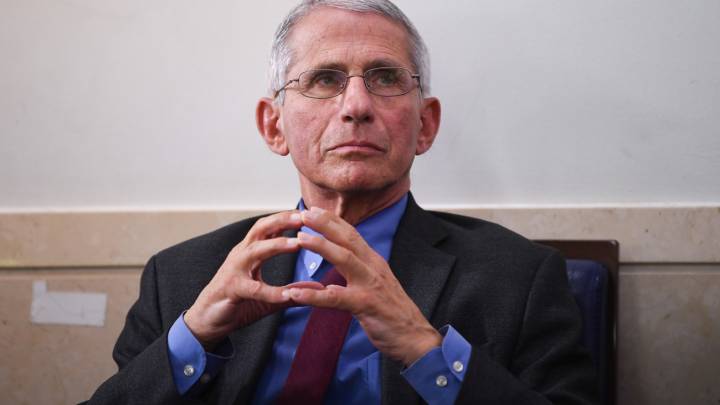 Ever since we began to get a slight hold on the rapid spread of the coronavirus pandemic, fears of a dreaded “coronavirus second wave” have permeated news coverage and press conferences from health experts. It’s true that a second wave — i.e. another huge spike in cases after a calm period — is potentially in the cards for us. But Dr. Anthony Fauci, the country’s leading infectious disease expert, says that it may be possible for us to avoid it.

After repeatedly warning that we should prepare for a potentially dramatic increase in the number of new coronavirus cases, Fauci told CNN that there’s reason to be hopeful that we can avoid it. The key to making that more optimistic outlook a reality is action.

Many states have begun to loosen restrictions on public gatherings, opened places like parks and beaches, and allowed businesses to return to normal operation if they choose to do so. That’s all great… until it isn’t. The risk of a second wave of infections hitting by the fall or winter is significant, and the more people pretend like nothing is wrong, the faster that wave will grow.

The best way we can offset that would-be second wave is to practice the things we know are working, like social distancing and wearing protective accessories like face masks. Unfortunately, not everyone is on board with that new reality, and that could spark a second pandemic wave sooner rather than later.

Still, Dr. Fauci remains somewhat optimistic that the United States can get things under control and prevent a huge spike in new cases from occurring.

“We often talk about the possibility of a second wave, or of an outbreak when you reopen. We don’t have to accept that as an inevitability,” Fauci told CNN. “Particularly when people start thinking about the fall, I want people to really appreciate that it could happen, but it is not inevitable.”

That’s great to hear, but Fauci emphasizes that this optimism is based on people abiding by the guidelines that health officials have set forth, as well as increased testing and contact tracing.