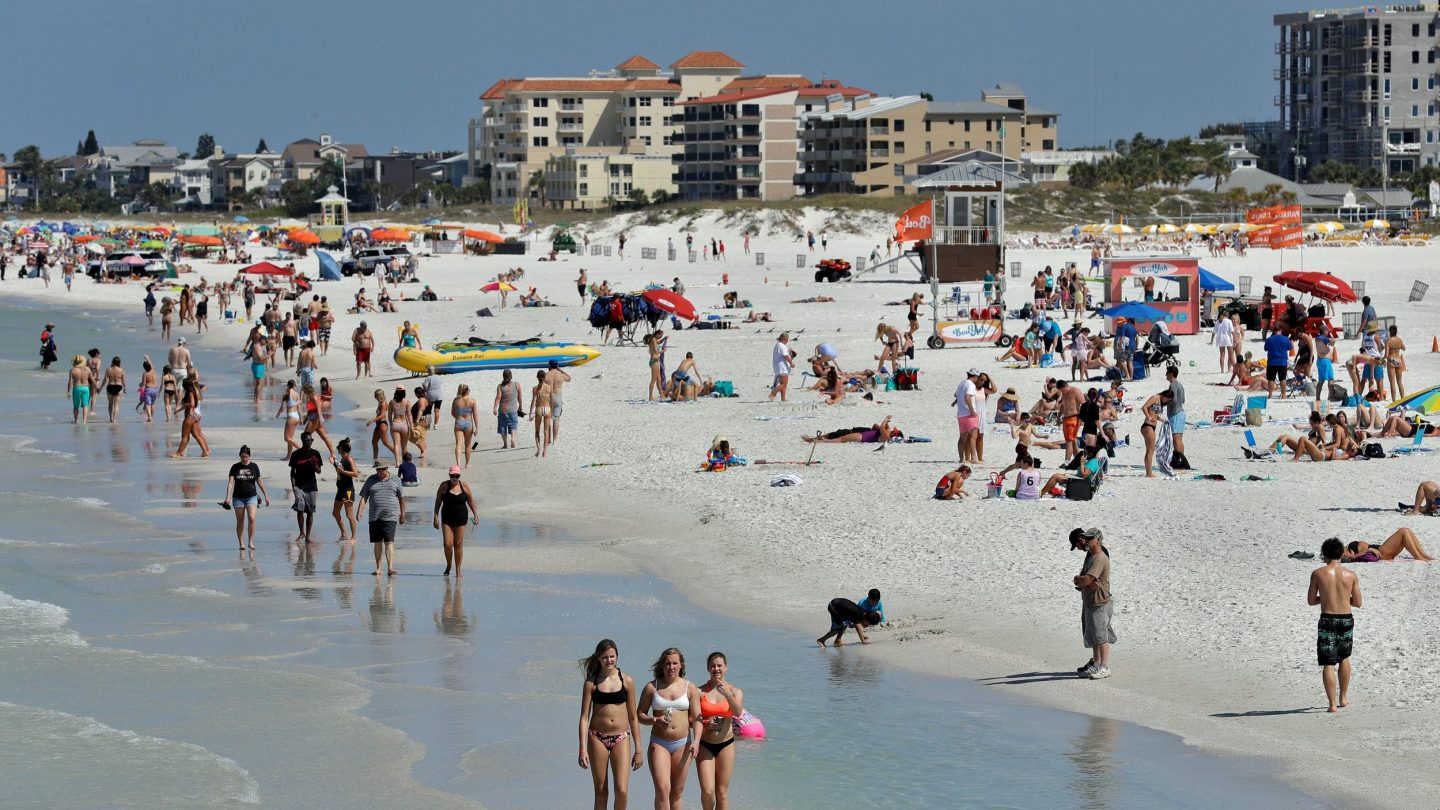 If there’s one image that sums up the troubling ignorance of a portion of the population in the face of the ongoing pandemic, it’s young Brady Sluder declaring “If I get corona, I get corona,” while partying on Spring Break in defiance of orders from public health officials. The nation collectively rolled its eyes at Sluder, who added: “At the end of the day, I’m not going to let it stop me from partying.”

Now, Sluder is hoping to make amends, presumably after realizing he had become the face of an ever-shrinking group of people who aren’t taking the outbreak seriously. Sluder issued his apology the way everyone does these days, via Instagram.

Appearing suddenly enlightened as to the risks of the infection and the prospect of spreading it to others, Sluder wrote a lengthy post pleading with others to listen to the advice of health experts.

I’ve done a lot of things in my life that I’m not proud of. I’ve failed, I’ve let down, and I’ve made plenty of mistakes. I can’t apologize enough to the people i’ve offended and the lives I’ve insulted. I’m not asking for your forgiveness, or pity. I want to use this as motivation to become a better person, a better son, a better friend, and a better citizen. Listen to your communities and do as health officials say. Life is precious. Don’t be arrogant and think you’re invincible like myself. I’ve learned from these trying times and I’ve felt the repercussions to the fullest. Unfortunately, simply apologizing doesn’t justify my behavior. I’m simply owning up to my mistakes and taking full responsibility for my actions. Thank you for your time, and stay safe everyone. ❤️

The post included an image with another lengthy apology and an explanation of why he made the remarks at the time of the interview. As we all assumed, it was a mix of bravado and feeling “invincible” as a young person. It’s understandable, and I’d argue a lot of us were equally ridiculous at that age, so Sluder is hoping we can all put his comments aside and focus on the real issues facing the planet.

It’s going to be a while before we can put this entire pandemic in the rearview, and while we wait for a vaccine or treatment to be approved, social distancing and following orders from health officials is really our best bet at staying safe.