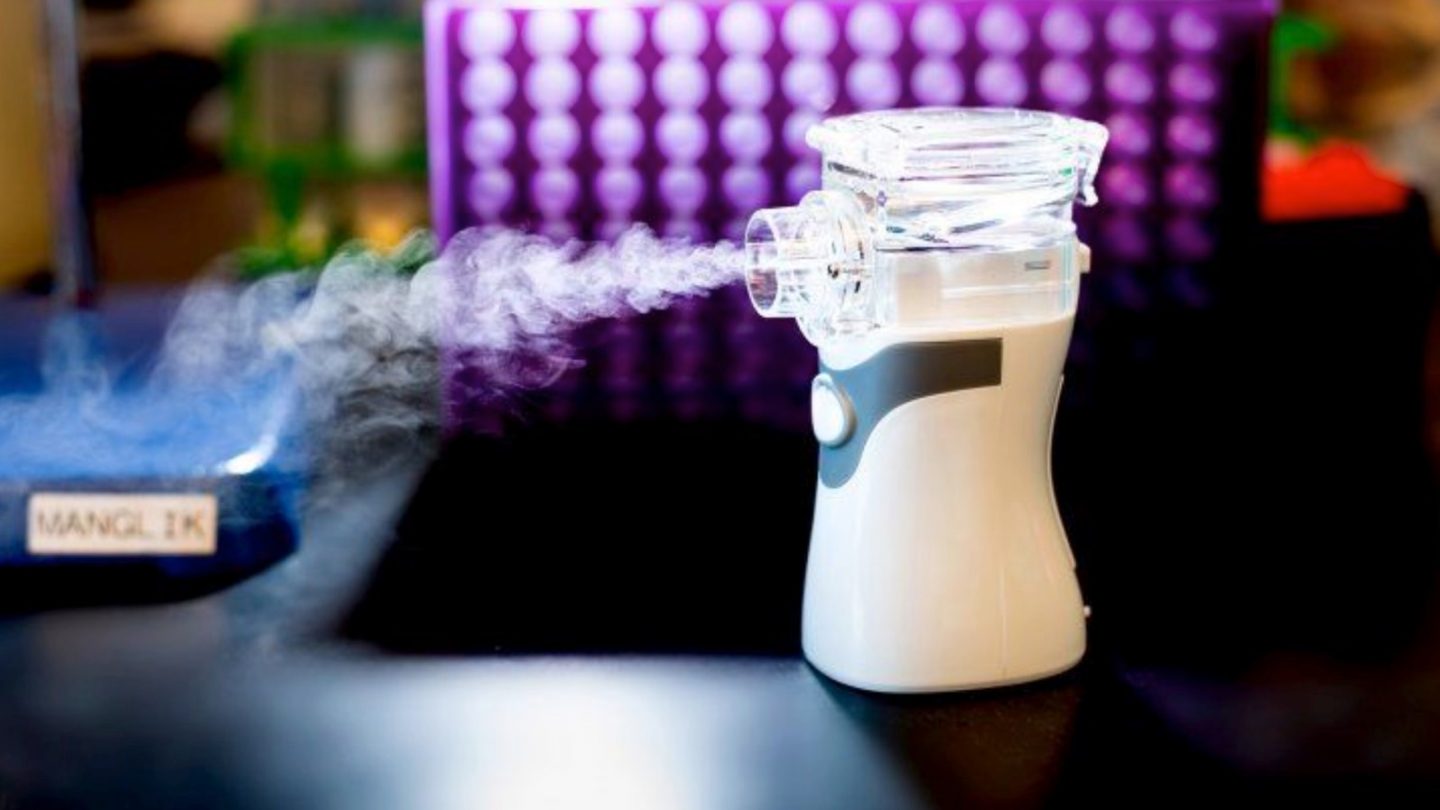 Researchers from Synairgen revealed a few weeks ago that a nebulizer that delivers interferon-beta aerosols directly into the lungs of infected COVID-19 patients could significantly improve their condition. That seemed to be the kind of breakthrough treatment the world could benefit from in the coming years until vaccines become widely available.

It turns out other researchers have been thinking of deploying antiviral drugs via inhalers, directly into the airways of patients. The University of California San Francisco (UCSF) created a nasal spray made of a particular type of neutralizing-antibody-like proteins that can block the virus from infecting cells. This, too, could be the kind of drug the world needs right now. But AeroNabs still needs clinical testing to prove it can do what the researchers say it does.

What the researchers created is a different type of monoclonal antibody therapy. But rather than using regular-size antibodies, the researchers went for smaller “nanobodies” that are crafted to block the coronavirus infection the same way other neutralizing antibodies would. The nanobodies hook up to the spike protein that’s found at the exterior of the coronavirus capsule, rendering it useless. That way, the virus can’t bind to ACE2 receptors found on various cells, including cells inside the lung. Entering cells is a key process for any virus, as that’s what allows it to replicate and then continue to infect other cells.

“Used once a day, AeroNabs could provide powerful, reliable protection against SARS-CoV-2 until a vaccine becomes available,” a UCSF news release reads. The team of researchers published their findings in pre-print version in bioRxiv, and they’re in active discussions with commercial partners to ramp up manufacturing of the AeroNabs sprays and start clinical testing.

AeroNabs were inspired by llama nanobodies, which are antibody-like immune proteins that occur naturally in these animals. If that sounds familiar, that’s because several teams working on COVID-19 drugs are relying on antibodies from llamas, camels, and cows.

“Though they function much like the antibodies found in the human immune system, nanobodies offer a number of unique advantages for effective therapeutics against SARS-CoV-2,” co-inventor Aashish Manglik said.

These particles are “an order of magnitude smaller than human antibodies,” so they’re easier to manipulate in a lab. They’re more stable than antibodies in mammals. Also important is the fact that they can be cheaper to mass-produce. All scientists have to do is insert the genes that contain the molecular blueprints into E. coli or yeast, and then let then grow the required nanobodies.

The UCSF scientists looked at over 2 billion synthetic nanobodies to find suitable candidates that can block the spike protein of SARS-CoV-2. They picked up 21 of them, and the three most promising ones were then tested at the Institut Pasteur in Paris, France. Virologist Veronica Rezelj found these three candidates to be “extraordinarily potent, preventing infection even at extremely low doses.”

The most potent of the three nanobodies has a dual effect, acting as a sheath over “receptor-binding domains” (RBD) that hook to the ACE2 receptors, but also “clamping down on spike in its closed, inactive state.”

The scientists then engineered these nanobodies to become even more potent via a few genetic mutations. In one experiment, they mutated every amino-acid in the structure of the nanobody until they found two changes that yielded a 500-fold increase in potency.

A separate experiment allowed them to link three nanobodies together in such a manner that when one of them attaches to one of the spike’s protein three RBDs, the other two block the remaining two. This change gave them a nanobody complex that’s 200,000 times more potent than a single nanobody, according to the news report.

Applying both changes gave them results that were “off the charts,” according to AeroNabs co-inventor Peter Walter. “It was so effective that it exceeded our ability to measure its potency.”

The team found the nanobodies did not lose their antiviral potency in aerosolized form, with the researchers thinking that they could be practical to administer via “via a shelf-stable inhaler or nasal spray.”

That sounds great in theory. But the UCSF team will have to prove that the drug does what they say it does when administered to COVID-19 patients. Clinical trials will be required to determine the drug’s efficacy and safety. There’s no telling when, and if, AeroNabs of a version of it will be available in stores. But this new idea proves that COVID-19 is undoubtedly moving in the right direction, and at incredible speed.

The following video briefly explains how the drug would work: