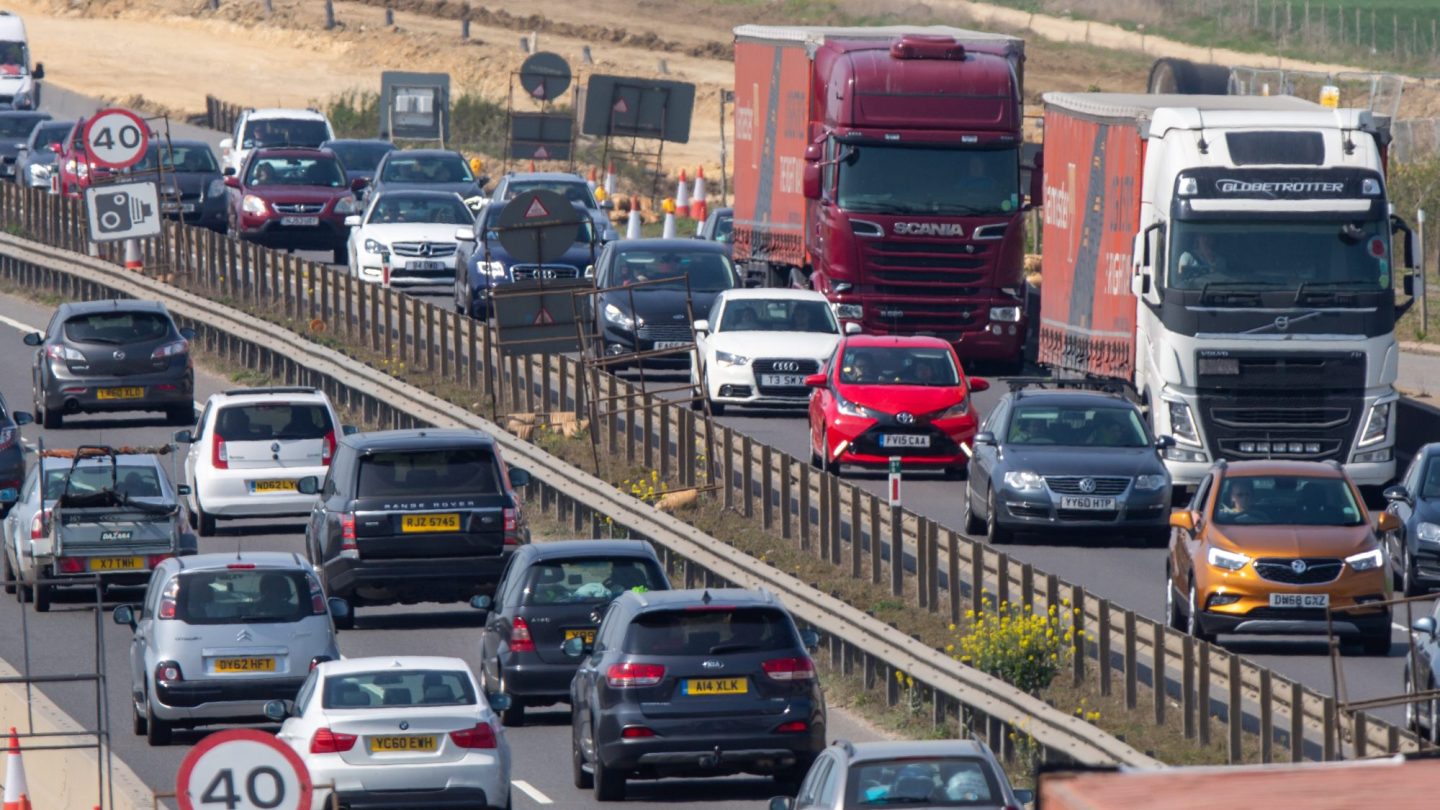 As carmakers continue to pack their newest models with all manner of “smart” technology, researchers are concerned that connected vehicles will become an increasingly irresistible target for hackers. A new study by scientists with the Georgia Institute of Technology and Multiscale Systems, Inc., suggests that if hackers find serious vulnerabilities in internet-connected cars they could easily halt traffic in entire cities with the push of a button.

The study uses the science of physics to predict how traffic patterns are affected by vehicles that stop in the middle of the road. By factoring in various types of roads, the number of lanes, traffic density, the team simulated how even a relatively small number of “frozen” connected cars could bring entire cities to a total halt.

“With cars, one of the worrying things is that currently there is effectively one central computing system, and a lot runs through it,” Jesse Silverberg, co-author of the study, said in a statement. “You don’t necessarily have separate systems to run your car and run your satellite radio. If you can get into one, you may be able to get into the other.”

Cars with internet-connected control features already exist, and while a widespread hack hasn’t happened (yet), the potential for serious problems is slowly rising with each new connected car that hits the pavement. In their simulations, the researchers discovered the tipping point at which the number of stalled cars totally halts traffic for a large population. In one test, the team froze traffic in all of Manhattan.

“Randomly stalling 20 percent of cars during rush hour would mean total traffic freeze,” David Yanni, a research assistant who worked on the project, explains. “At 20 percent, the city has been broken up into small islands, where you may be able to inch around a few blocks, but no one would be able to move across town.”

If just one out of every five cars on the road was hackable, and if an exploit was widespread enough that it brought those cars to a halt at the same time, our roads would be rendered worthless. For a time, anyway. The team says that even less serious hacks could freeze traffic in other, less-efficient traffic grids than Manhattan.

The increasing number of security breaches from major companies is worrisome for many reasons, and it might be time to start considering what would happen if the same thing happened to connected car networks.