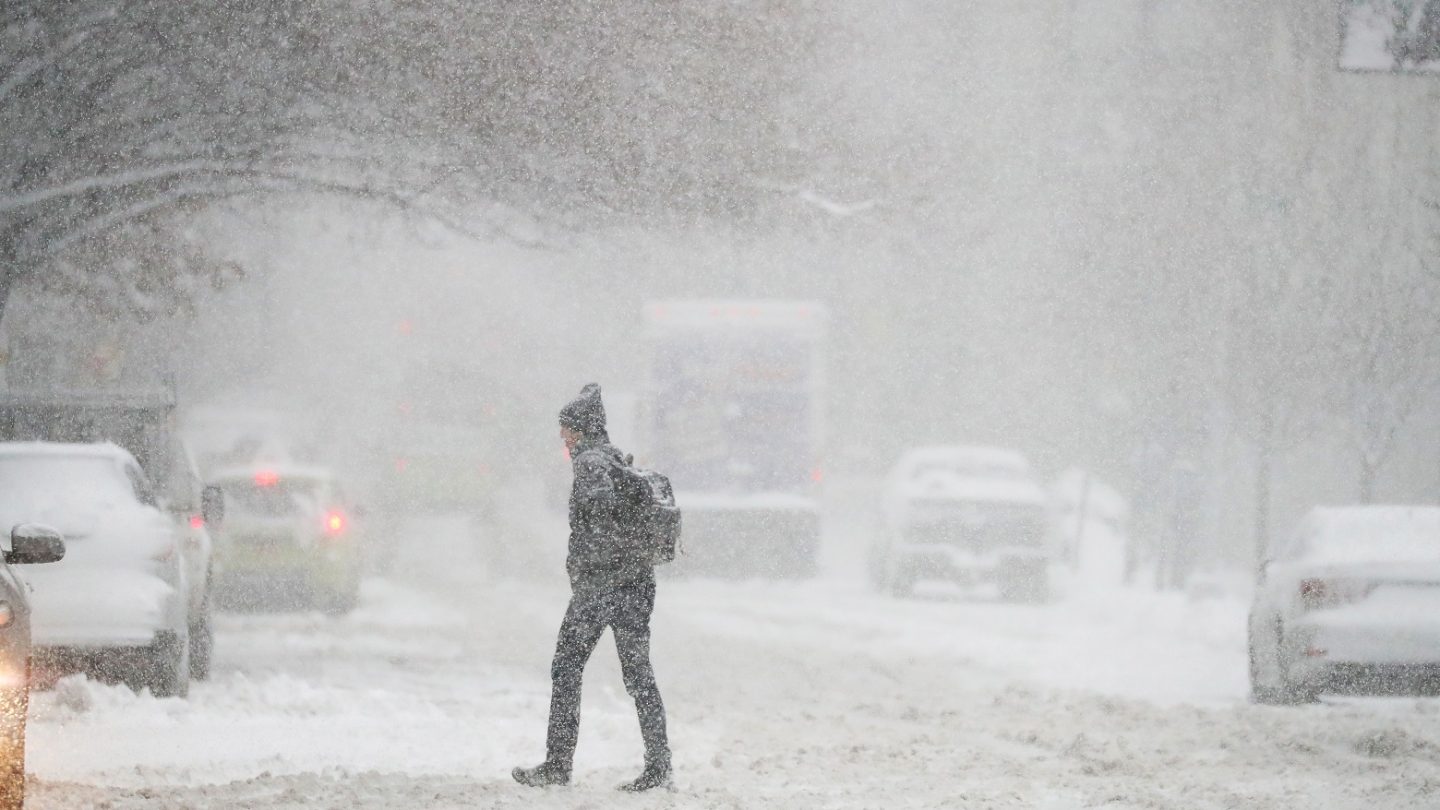 Winter is coming, but for a huge chunk of the United States it feels like it’s already here. Record cold temperatures have already swallowed up much of the eastern half of the country, and the unexpected weather “anomaly” is already being blamed for at least five deaths.

The chilly temperatures are truly unprecedented for large portions of the country, and the National Weather Service says it’s expecting that well over 100 low-temperature records will be broken as a result. This is leading to some seriously unsafe road conditions, and that’s where much of the danger lies.

“The arctic outbreak that has been gripping much of the central and eastern U.S. will culminate this morning with more than a hundred locations expected to tie or set new low temperature records,” the National Weather Service writes. “The expansive high pressure system associated with the current arctic outbreak will begin to move east of New England on Thursday. Temperatures will begin to recover during the day on Thursday after one more morning of record cold temperatures for some locations from the Mid-Atlantic coast to New England.”

There is light at the end of the tunnel, and the country will pull out of this deep freeze sooner rather than later. In the meantime, however, poor road conditions remain a problem across much of the Midwest as well as the South. The current death toll includes victims of weather-related car crashes in Ohio, Michigan, and Kansas.

At the same time, cities like Buffalo, New York are trying to dig themselves out of nearly a foot of record-breaking snowfall. Northern states are more well-equipped to deal with cold weather and large snowfall totals, but seeing such huge amounts of snow this early in the season is still a shock.

Much of the country should be on its way toward more typical seasonal temperatures by the weekend, but if you’re traveling in any hard-hit areas over the next few days it would be wise to move cautiously.