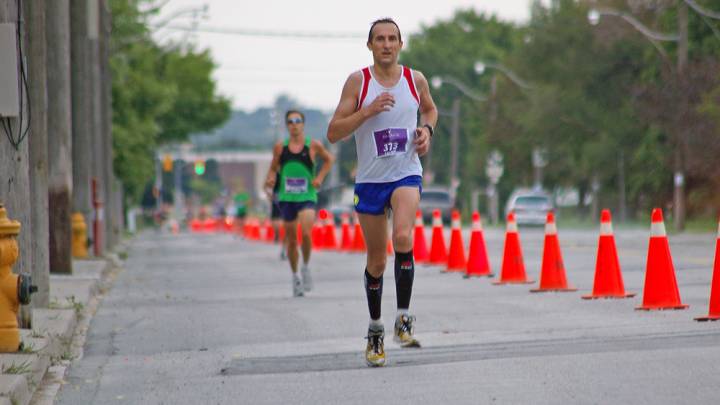 Humans aren’t the fastest animals on the planet, so you might not think the fact that we can run is anything special. There are, after all, plenty of four-legged creatures that would put us to shame, but humans have a different running specialty that does make us pretty unique: endurance.

Humans are actually fantastic long-distant runners, even when compared to other animals which have greater raw speed, but why is that? A new study by researchers from the University of California, San Diego, attempted to answer that question. Their findings were published in the journal Proceedings of the Royal Society B.

The scientists focused on a specific gene — or, rather, the absence of it — to account for the impressive long-distance running capabilities of humans. It is believed that a mutation which caused the gene called CMAH to be lost in early human ancestors happened at around the same time that those early groups began evolving into marathon specialists.

Those changes, including legs and feet which are great for maintaining speed, as well as the increase of heat-managing sweat glands which keep humans cooler for longer, seemed to be tied to the mutation that eliminated the CMAH gene. As convincing as the evidence was, the researchers needed some way to test that theory, so they raised mice which also lacked the gene and put them to the test.

“We evaluated the exercise capacity (of mice lacking the CMAH gene), and noted an increased performance during treadmill testing and after 15 days of voluntary wheel running,” Jon Okerblom, lead author of the work, said in a statement. The changes that the animals’ bodies underwent when growing up without the CMAH gene appears to have given them greater athletic performance, and that’s a big sign that the researchers are on the right track.

However, the loss of the CMAH gene wasn’t universally beneficial for humans. Scientists suspect that the mutation that eliminated the gene has, in a roundabout way, made humans more prone to developing Type 2 diabetes, and even increased our risk of cancer from eating red meat.

“They are a double-edged sword,” Ajit Varki, senior author of the study, explains. “The consequence of a single lost gene and a small molecular change that appears to have profoundly altered human biology and abilities going back to our origins.”

So, we can run farther, and for longer, but hamburgers might kill us. Man, nature is weird.