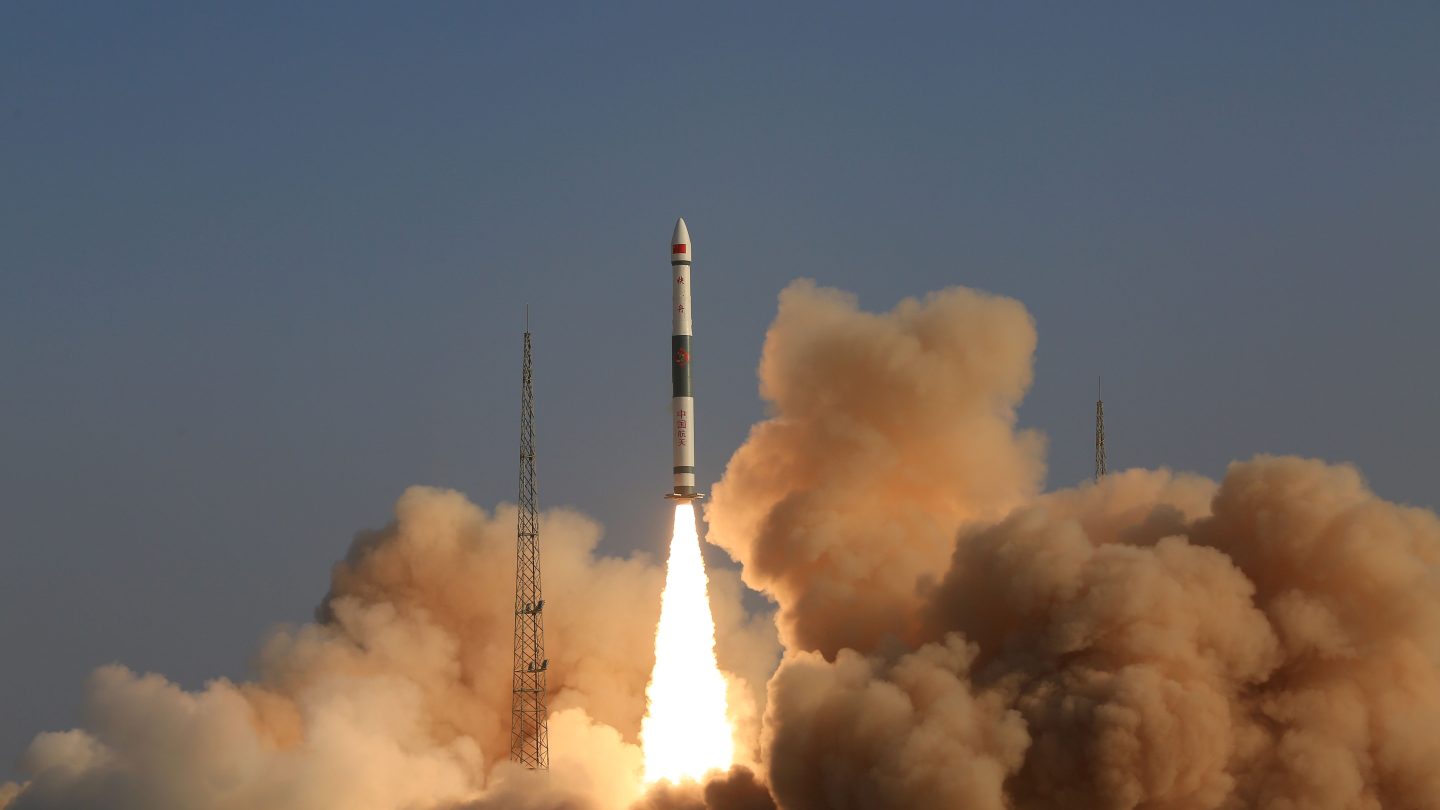 SpaceX might be the biggest name in commercial spaceflight these days but it’s far from the only game in town. There are dozens of other companies crafting rockets of their own, and for a variety of purposes. In China on April 1st, one of those rockets was sold to an anonymous bidder. The price? A cool 40 million yuan, which is roughly $5.6 million.

The auction, which raised plenty of eyebrows as it was held on April Fools’ Day, is apparently totally legit. The winning bidder not only gets the rocket, but launch services, access to the launch site, and a custom paint job on the rocket itself. Not a bad way to spend $5.6 million, huh?

The rocket, a Kuaizhou-1A (KZ-1A) is built by a company called ExPace which, as LiveScience reports, is a subsidiary of the China Aerospace Science and Industry Corporation. The auction was televised via live stream and bids were taken via the action platform Taobao. Hundreds of people submitted their own bids, which required a down payment of 500,000 yuan. In all, over two million people tuned in to watch the mayhem unfold.

The anonymous buyer’s plans for the rocket have not yet been revealed, but the vehicle has fairly modest capabilities. KZ-1A rockets are often used to send small satellite payloads into space and are considered a low-cost, entry-level option for companies and organizations who need to get things into Earth orbit.

Later this month, China is planning to launch a KZ-1A rocket to deliver some satellites into space while also paying tribute to healthcare workers in China’s embattled city of Wuhan who have been battling the coronavirus pandemic for months now.

Many private spaceflight organizations and government-backed space agencies have seen their schedules shift dramatically in the wake of the coronavirus pandemic. The European Space Agency has been forced to push back the launch of its next ExoMars mission to 2022, while NASA has admitted that the James Webb Space Telescope will likely see its own share of delays.

One mission that is still a “go” is the Mars 2020 mission from NASA. That adventure, which will see the launch of the Perseverance rover to Mars, remains on schedule at the moment, and while that could certainly change, NASA seems determined to launch the rover this year rather than waiting until 2022 for the next Mars launch window. We’ll be keeping our fingers crossed that NASA can make the date, but we also wouldn’t be surprised to see it slip, unfortunately.