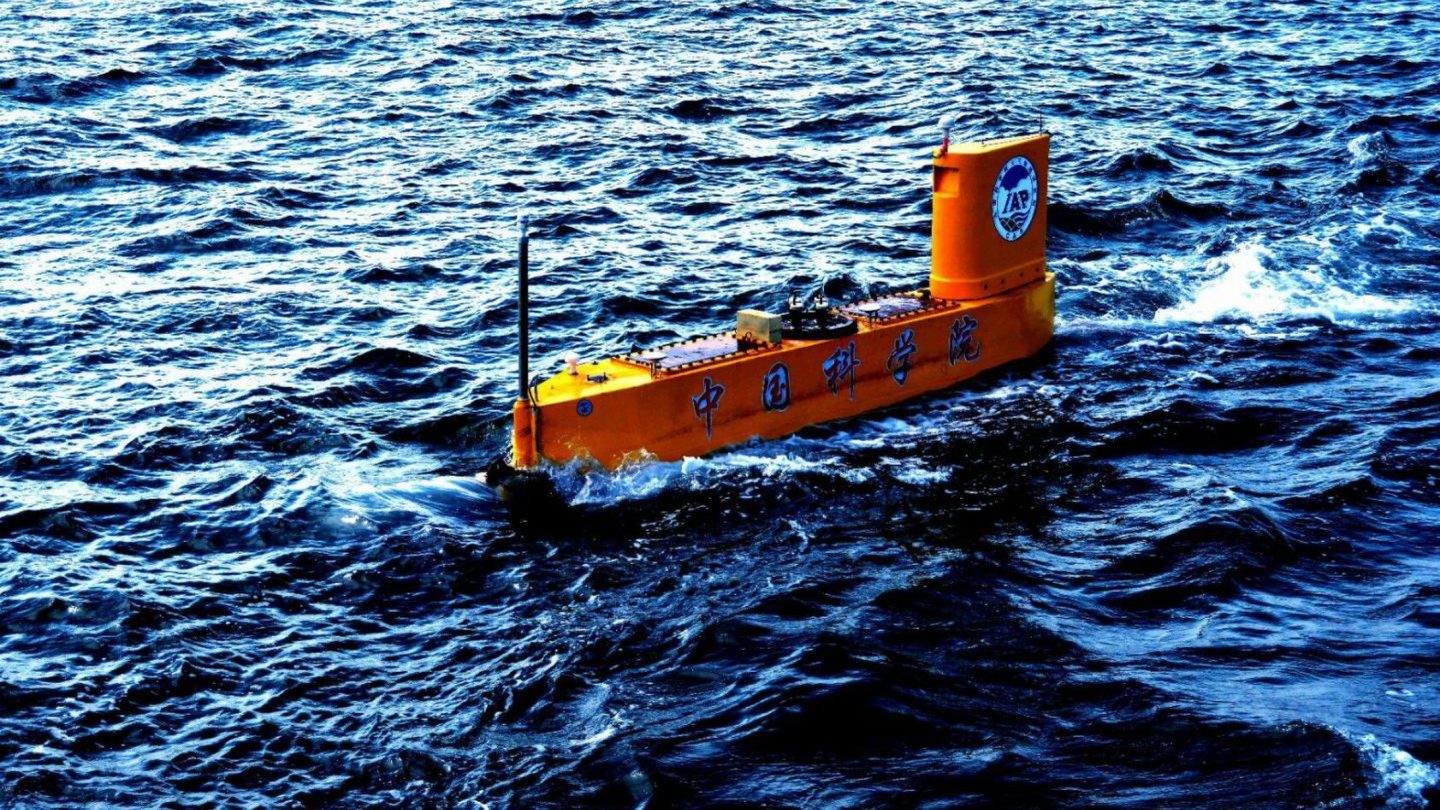 When one of the world’s superpowers deploys a robotic ship capable of launching rockets it’s safe to assume that it’s going to raise plenty of eyebrows. Well, that’s exactly what China just did, but this particular vessel isn’t concerned with protecting territory to fending off invaders.

The boat, which was designed and deployed by Chinese scientists, is far more concerned with the climate and weather patterns than military goals. The autonomous watercraft successfully launched a sounding rocket, which is a tool used by weather researchers to monitor conditions over a massive area, and its maiden voyage was chronicled in a new paper published in Advances in Atmospheric Sciences.

The vessel is an unmanned semi-submersible vehicle (USSV for short) and it was built by the Institute of Atmospheric Physics. It’s operated remotely and offers much more control than weather buoys and more versatile than a weather balloon.

“The unmanned semi-submersible vehicle is an ideal platform for marine meteorological environmental monitoring, and the atmospheric profile information provided by [the sounding rocket] launched from this platform can improve the accuracy of numerical weather forecasts at sea and in coastal zones,” Dr. Jun Li, co-author of the paper, said in a statement.

The idea here was to create an ocean-based observation tool that could change positions as needed without requiring a manned presence on the ship itself. The team accomplished that task and proved that the robotic vessel is a viable option for ongoing weather observation over the ocean.

Going forward, an entire fleet of USSVs could be used to provide wide coverage over areas of the ocean that are traditionally much more difficult to monitor, especially when threats like typhoons spring up.

Such a network of robot ships could provide vital insights into ocean weather and improve warning systems for people on land as well as at sea.