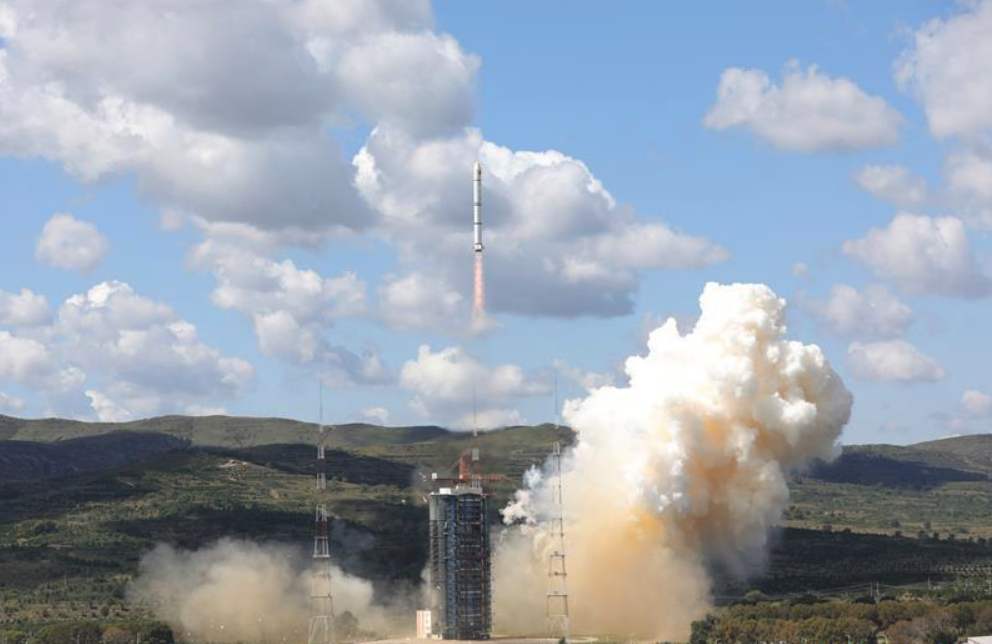 After watching the United States and Russia become the two biggest space superpowers for over half a century, China played a game of catchup over the past decade or so. The country has rapidly closed the gap between it and the other space-faring nations, and the recent launch of Long March-2C rocket is just the latest example of that.

The rocket, which took off from Taiyuan space center in north China, carried with it a powerful new observational satellite which will gaze back down to Earth. No, this mission isn’t an effort to strengthen China’s military capabilities, at least according to Chinese officials — this new satellite will instead be studying the oceans.

As China’s state-run Xinhua news agency reports, the Long March-2C rocket successfully deployed the country’s Haiyang 1C satellite (HY-1C for short). The new piece of spare hardware was built as a multi-purpose device, and is packed with a suite of instruments that will allow China to gather data about ocean temperatures for scientific purposes.

“Its data will also be used in the survey of the resources and environment of China’s offshore waters, islands and coastal zones, marine disaster relief and the sustainable utilization of ocean resources,” according to Xinhua. The satellite’s mission is expected to last five years, and should provide a wealth of data over its lifespan. According to China, the satellite will be capable of detecting the makeup of ocean water in various areas, allowing the country to better gauge the health of fish populations which are vitally important to the nation.

Despite the relatively mundane description of the satellite’s job, it’s not hard to imagine that an ocean-gazing satellite might have benefits that stretch beyond science. China has long been in a dispute with neighboring countries over ownership of various locations in the South China Sea, and the satellite’s ability to monitor coastal waters and even detect signals from ocean vessels makes it a powerful tool.

China has been extremely protective of the waters off its coasts, and a recent US Navy flight was repeatedly warned by the Chinese military to leave despite flying over what is considered by just about every other country to be international waters.

China has long insisted that its territory stretches much farther beyond its shores than the international community is comfortable with, and the creation of artificial islands that were subsequently turned into what appear to be military outposts suggests the country has no intention of bowing to pressure from outside.

That’s not to say that the new HY-1C satellite will actually be playing a watchdog role instead of conducting science, but it’s obviously not out of the question at this point.