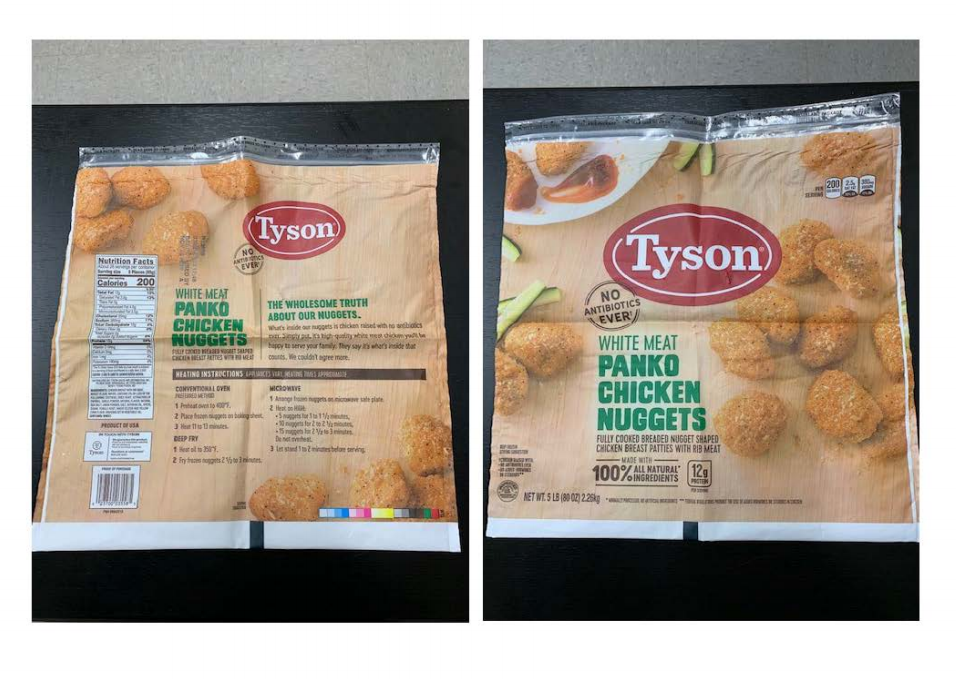 It was just last week that the USDA announced a massive recall of nearly 70,000 pounds of chicken nuggets due to foreign matter contamination. The nuggets were apparently laced with wood, and the manufacturer, Perdue, warned customers against eating them. Now, another chicken nugget recall is being announced by the USDA, and foreign matter contamination is once again the cause.

According to the recall bulletin, over 36,000 pounds of Tyson white meat chicken nuggets have been recalled because there’s a good chance there’s rubber in them. The recall includes 5-pound packages of the nuggets, and it’s fairly easy to determine if a bag in your freezer is included in the recall.

The USDA describe the recalled packages as follows:

If that date and case code match a bag of chicken nuggets sitting in your freezer you’re advised to avoid eating them and contact Tyson if you have any questions. The phone number and email contact information for the company is available on the official recall page.

This is considered a “Class I” recall, which the USDA defines as “A health hazard situation where there is a reasonable probability that the use of the product will cause serious, adverse health consequences or death.” That might sound rather dire, but it’s worth noting that there have not been any confirmed cases of illness or injury caused by the rubber nuggets. At least, not yet.

The bulletin doesn’t offer much in the way of details regarding how rubber found its way into the chicken nuggets in the first place but, as with the woody nuggets a week ago, it’s likely that some kind of serious error or failure occurred during manufacturing and a foreign body found its way into the meat mix. Whatever the case, don’t eat rubber nuggets.