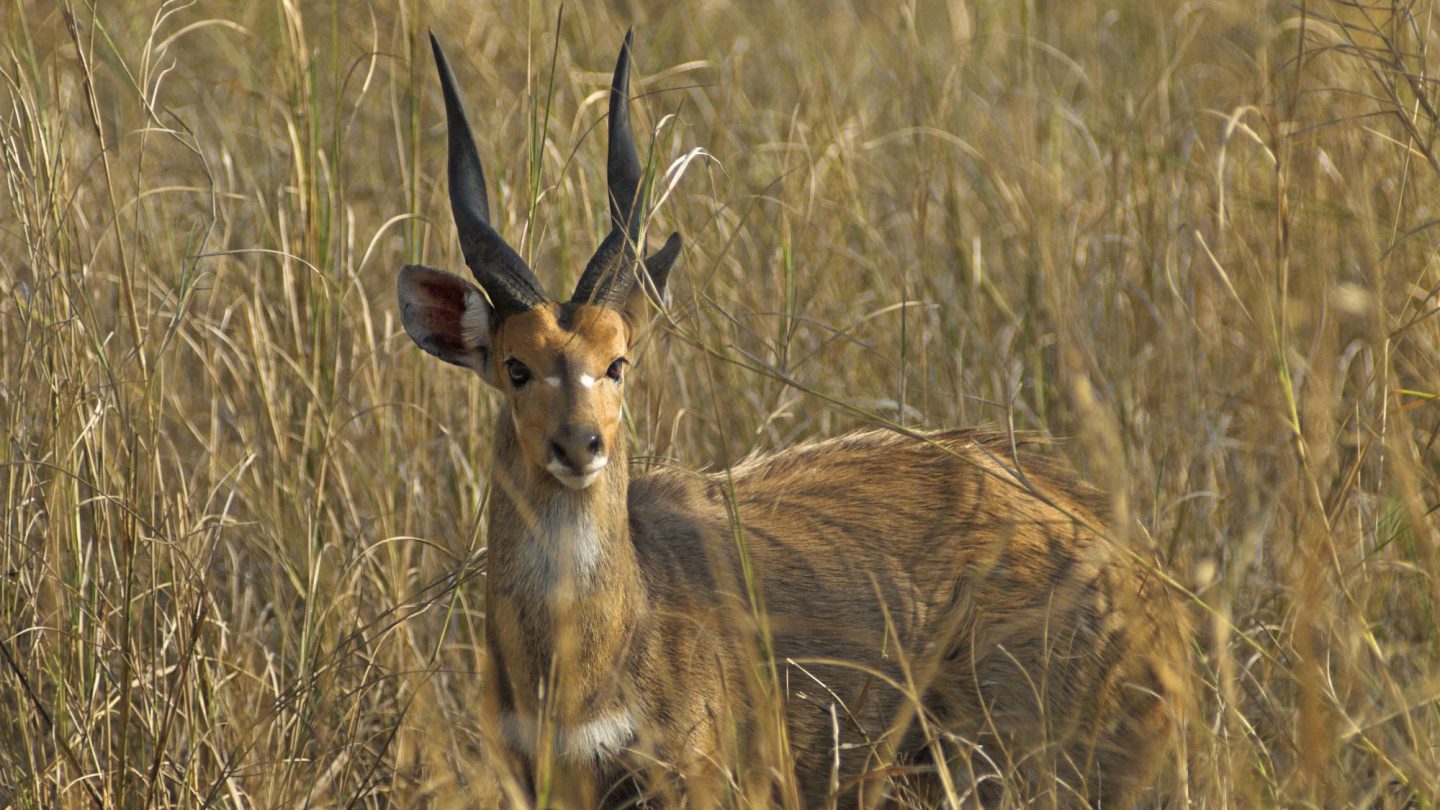 Widespread carnivore extinction is a concern in many parts of the world. Many big game predators are prized by hunters and poachers alike, often leading to illegal hunts and dramatically reduced populations. Scientists and researchers leading conservation efforts know that pushing a dominate species to extinction will devastate the food chain, but they’d rather not actually see it in action.

However, in the Southeast African nation of Mozambique, researchers had little choice but to watch populations of leopards and pack-hunting dogs get completely wiped out due to ongoing human conflicts. The war-torn Gorongosa National Park became a shadow of its former self and, while this was indeed a tragedy, it gave researchers the chance to see what happens when carnivores are stripped from an ecosystem.

In a new paper published in Science, a team of ecologists from Princeton explain the sometimes surprising shifts that occur in animal and plant populations when there’s no carnivores to keep them in check.

What they discovered was that once the meat eaters were gone, prey animals became more confident in venturing to new areas. Herbivores like the antelope species known as bushbuck used to avoid huge areas of the park due to the risk of being hunted by the predators that claimed those lands for themselves.

Once the big cats and dogs were gone, the bushbuck began to spread into these once-forbidden lands, eating the plants that at one time benefited from the protection afforded by the carnivores.

The team performed experiments to test how reintroduction of predators to the area might change things. They used large speakers to simulate leopard vocalizations and distributed artificial droppings which the bushbuck then saw as a warning. The herbivores began to retreat back to the areas where they once hid away from the big cats, suggesting that reintroducing the predators and balancing things out might be easier than previously thought.

Another experiment, in which the plants being fed on by the bushbuck were protected by cages, revealed that the plants regrew rapidly when protected from the herbivore threat.

The park recently reintroduced African wild dogs, which were native to the park before being killed off, and things are slowly improving. The predators are hunting and pushing the bushbuck back to their previous ranges, which is good news for the park’s ecosystem.