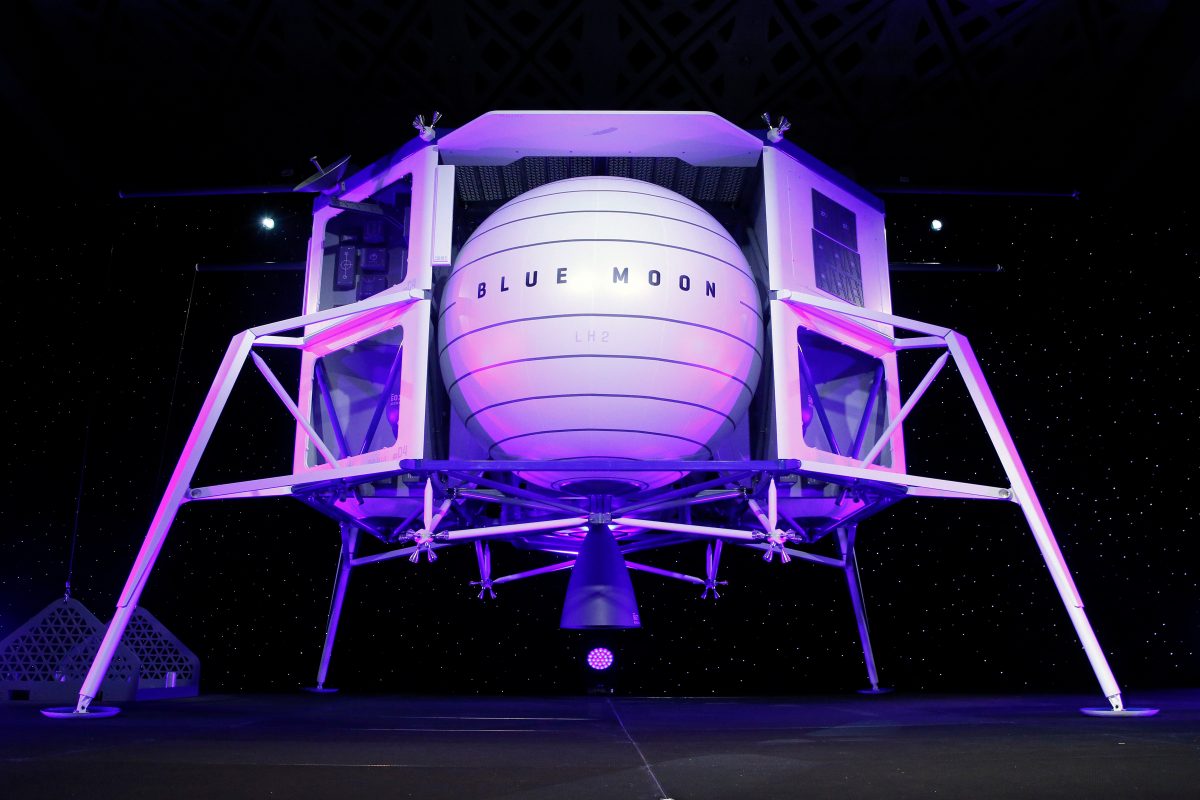 SpaceX is the current leader in commercial spaceflight worldwide, but it’s far from the only game in town. Blue Origin, founded by billionaire Amazon boss Jeff Bezos, has been working on its own reusable rocket technology for some time now, and on Thursday Bezos took the stage at an event in Washington to reveal his company’s plans for a lunar lander.

A massive mock-up of the lunar lander prototype, named Blue Moon, was shown on stage, and it didn’t take long for SpaceX founder Elon Musk to respond in the most childish possible manner.

Elon Musk is an incredibly divisive individual, with legions of diehard fans and harsh critics in equal measure. His incredible work with Tesla and SpaceX have often been overshadowed by his frequent outbursts on Twitter and elsewhere, and even NASA has had to tell him to calm down on at least one occasion.

So, it should come as no surprise that when one of SpaceX’s biggest competitors makes a huge announcement, Musk will feel the need to weigh in. After all, we’re talking about the same guy who tweeted “copy 🐈” after Amazon announced plans for a new suite of satellites.

That said, Musk’s response to the Blue Origin lander might be his most absurd yet. Using a screenshot of the lander reveal from the New York Times, Musk replaced “BLUE MOON” with “BLUE BALLS.” He then added “Oh stop teasing, Jeff 😉” to the tweet for good measure.

It’s honestly hard to know what to make of all this. Yeah, it’s Twitter, and dumb jokes are kind of the norm on any social media platform, but we’re also talking about the CEO of a major company with ties to NASA and special government clearance. To his fans, he’s a hilarious hero, but it’s not a great look for the organizations he’s associated with, and NASA would obviously prefer one of its partners not start public beef with other companies that might soon be brought deeper into the fold.

In any case, it’s clear Musk doesn’t really care what anyone thinks, and when you’re a billionaire I suppose that just comes with the territory. It’s unlikely his public persona will change, so your only choices are to either love him or ignore him.