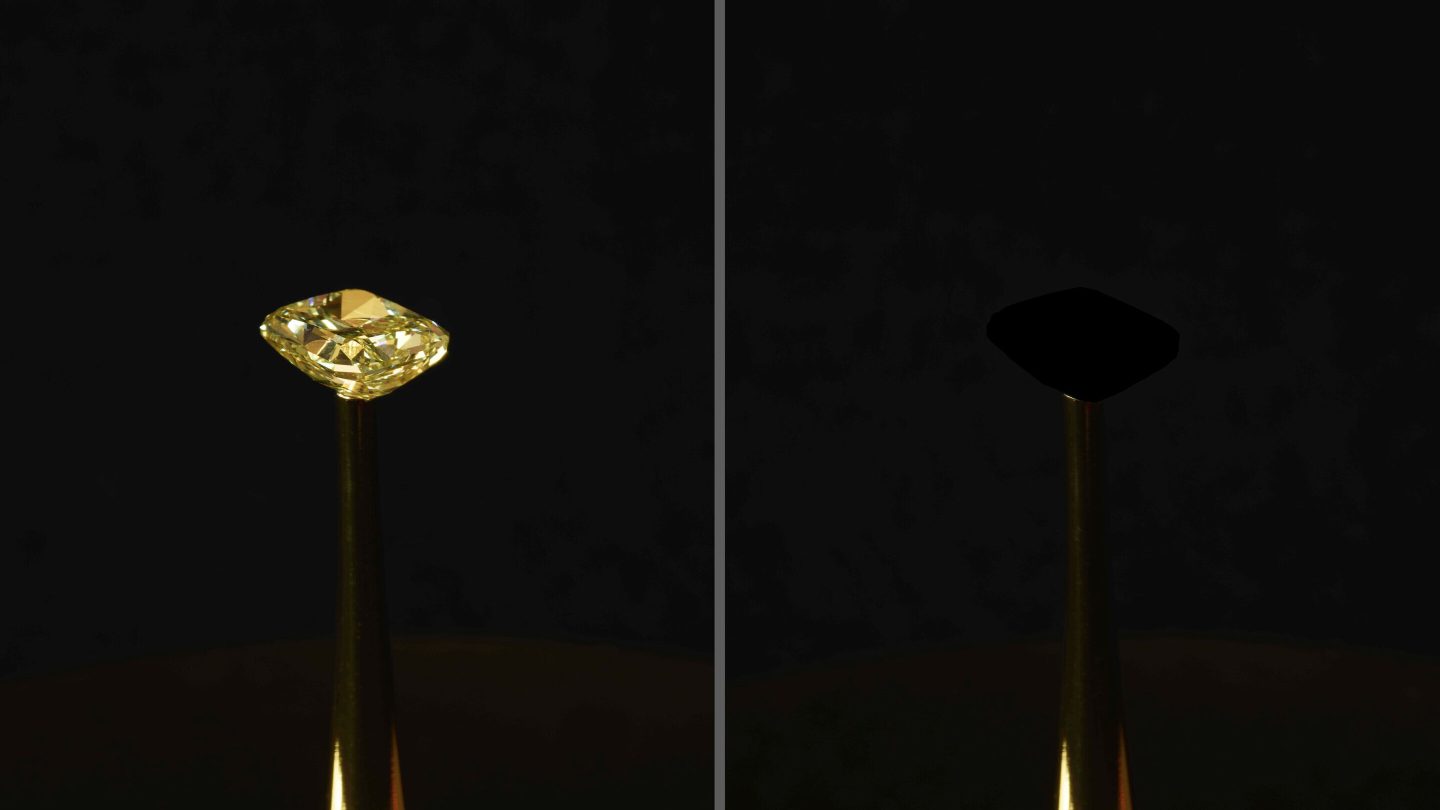 Image: R. Capanna, A. Berlato, and A. Pinato

When it comes to paint, not all shades of black are the same. You can pick up a can of flat black spray paint at the hardware store and it’ll do a pretty good job of absorbing light, but if you really want the blackest possible black you have to enter the high-tech world of carbon nanotubes.

For years, scientists have been experimenting with tiny carbon structures that, when arranged in the right way, can absorb an incredible amount of light. Now, researchers from MIT have developed a new material that captures an incredible 99.995% of all incoming light, making it the blackest black on the planet.

In a new paper published in ACS-Applied Materials and Interfaces, the MIT research team explains that while they appear to have created the blackest material ever, they weren’t even really trying to do so.

The team’s work was focused on growing carbon nanotubes on aluminum, which can prove difficult due to the way aluminum reacts when exposed to air. By using salt to break down a pesky layer of oxidation on the aluminum’s surface, the team achieved their goal, and it was then that they noticed how black the aluminum became when it was covered in the tiny nanotubes.

“I remember noticing how black it was before growing carbon nanotubes on it, and then after growth, it looked even darker,” Kehang Cui, co-author of the work, said in a statement. “So I thought I should measure the optical reflectance of the sample.”

Upon measuring the material’s ability to reflect light they realized they had stumbled onto something extraordinary, and it surpasses all other super black materials created in recent years. Vantablack, a coating that also uses carbon nanotubes attached to thin layers of material like aluminum, absorbs around 99.96% of incoming light.

Looking forward, the researchers expect this record to be broken sooner rather than later, calling it “a constantly moving target.” Nevertheless, it’s an impressive achievement from a team of scientists who didn’t even mean to achieve it.