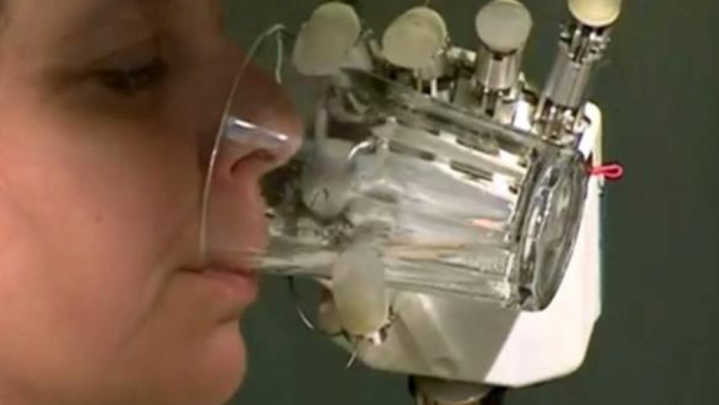 Prosthetics have improved my leaps and bounds over the past century and we’ve reached a point where someone with an artificial limb is often just as capable (and in some cases even more capable) than a person with their natural arms and legs. Still, prosthetics have long fell short in one very important aspect, which is the sense of touch afforded by human skin. That could all be changing thanks to an incredible breakthrough that has provided a woman with a bionic hand that can actually feel.

Almerina Mascarello lost her left hand and part of her forearm in an accident more than two decades ago, and was chosen as one of the test subjects for a new type of prosthetic that relays the feeling of touch to the wearer. Remarkably, it seems to work brilliantly.

Researchers outfitted Mascarello with the artificial limb, which has full finger movement and soft, tactile fingertips, as well as a wearable pouch which holds a small computer. When the fingers feel something, the signals they generate are sent to the computer which then processes the information and relays it to her brain via electrodes attached to nerves in her arm.

She can tell whether an object is hard or soft simply by touching it, and in blindfolded tests she was able to tell the research team how the objects she was touching felt. That’s a remarkable accomplishment, especially considering that most previous experiments with touch-sensitive prosthetics required hardware so large it couldn’t be taken out of a laboratory.

“The feeling is spontaneous as if it were your real hand,” Mascarello told the BBC. “You’re finally able to do things that before were difficult, like getting dressed, putting on shoes – all mundane but important things – you feel complete.”

There’s obviously still a lot of work to be done to optimize the technology and shrink it down even further. If the advancements continue at this brisk pace, a future where an artificial limb acts just like the real deal might not be very far off.