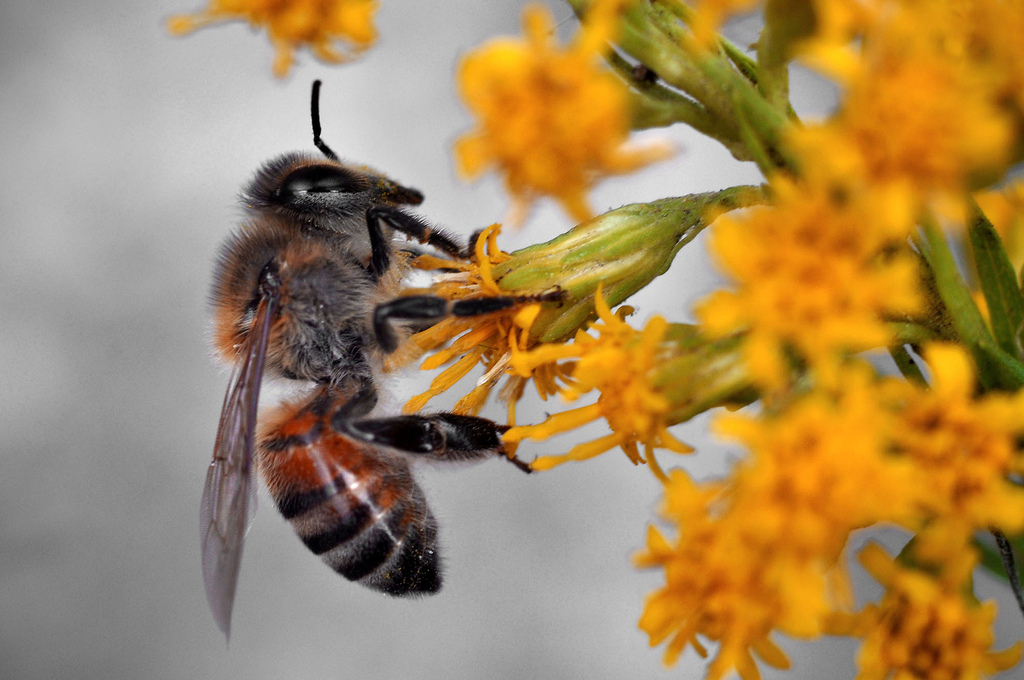 The much-hyped total solar eclipse that streaked across the United States in 2017 changed how a lot of us behaved for a very short period of time. Instead of working or playing, we stared at the skies like a bunch of weirdos for a bit, but apparently humans weren’t the only ones affected by the spectacle.

In a new study published in the Annals of the Entomological Society of America, researchers explain that bees decided to take a break from their busy days as well. When the Moon blocked out the Sun for a few brief moments on August 21st of last year, bees just kind of shut down.

The scientists set up tiny microphones in bee hives to test how the insects would react to the sunlight being almost entirely blocked out. Before the experiment began, the team expected that the bees would move slower as they do when the Sun begins to set in the sky each day before chilling out for the night in their hives. That’s not what happened.

Instead, the bees were fully active all the way up until totality — the point at which the Sun is totally blocked by the Moon — seemingly not noticing the eclipse as it was happening up until that point. When totality hit, however, the bees immediately shut down, instantly entering a low-energy mode that persisted until the Sun peaked around the Moon once more.

“We anticipated, based on the smattering of reports in the literature, that bee activity would drop as light dimmed during the eclipse and would reach a minimum at totality,” Dr. Candace Galen of the University of Missouri, lead researcher on the work, said in a statement. “But, we had not expected that the change would be so abrupt, that bees would continue flying up until totality and only then stop, completely. It was like ‘lights out’ at summer camp! That surprised us.”

The research was conducted with the help of citizen scientists across Oregon, Idaho, and Missouri, including elementary school students who helped the scientists listen in for signs that the bees’ behavior was shifting. The result was truly unexpected, and thus far largely unexplained, and adds another wrinkle to the complex behavior of bees.