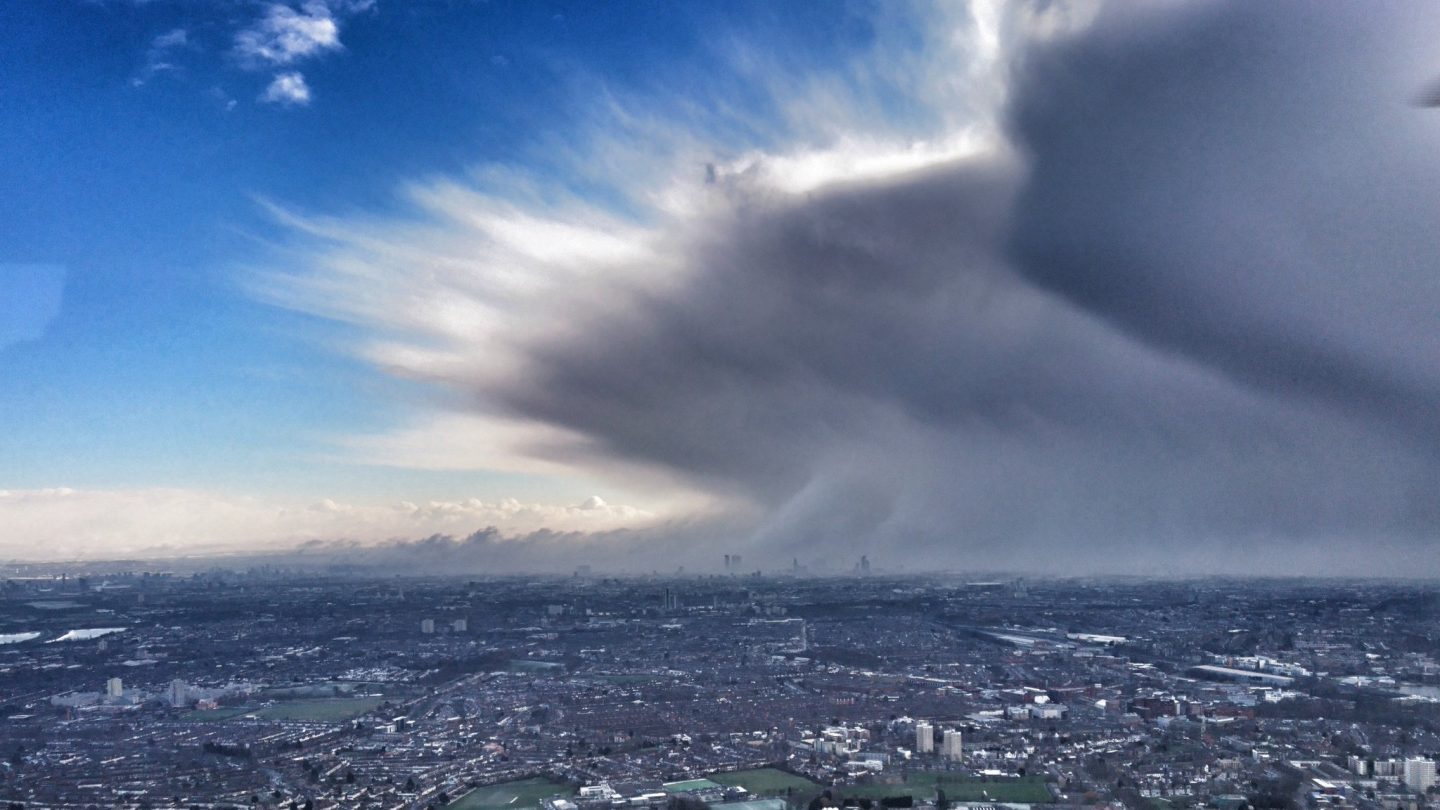 A massive winter storm engulfed London on Tuesday and brought some intense snow and bitter cold. Winter storms aren’t exactly a rarity for Londoners, but this particular storm front was uniquely harsh. It originated in Siberia and had been making its way across the continent for several days before finally striking the UK, earning the nickname “The Beast From The East” along the way.

The storm had already been blamed for a handful of deaths before it arrived in London, so its reputation as a deadly weather system preceded it, but it gained legitimate celebrity status thanks to a photo captured by a police helicopter. As the storm front began to swallow London, the chopper captured a truly stunning photo that is equal parts awesome and terrifying.

Originally posted on Twitter, the image of the storm beginning to grip the city has captured the attention of thousands of weather fans.

Not surprisingly, many European news outlets snatched up the photo to use for their own stories, and as Business Insider points out, the image has graced the front page of no fewer than five national newspapers.

This might all seem like overkill for a winter storm, but this isn’t just any cold front. The storm has resulted in hundreds of cancellations and grounded flights, as well as train delays and other travel headaches as it dumped snow on the capital and ushered in frigid temperatures. Additional snow is expected to accumulate over the next few days, with temperatures remaining below freezing through the rest of the week.