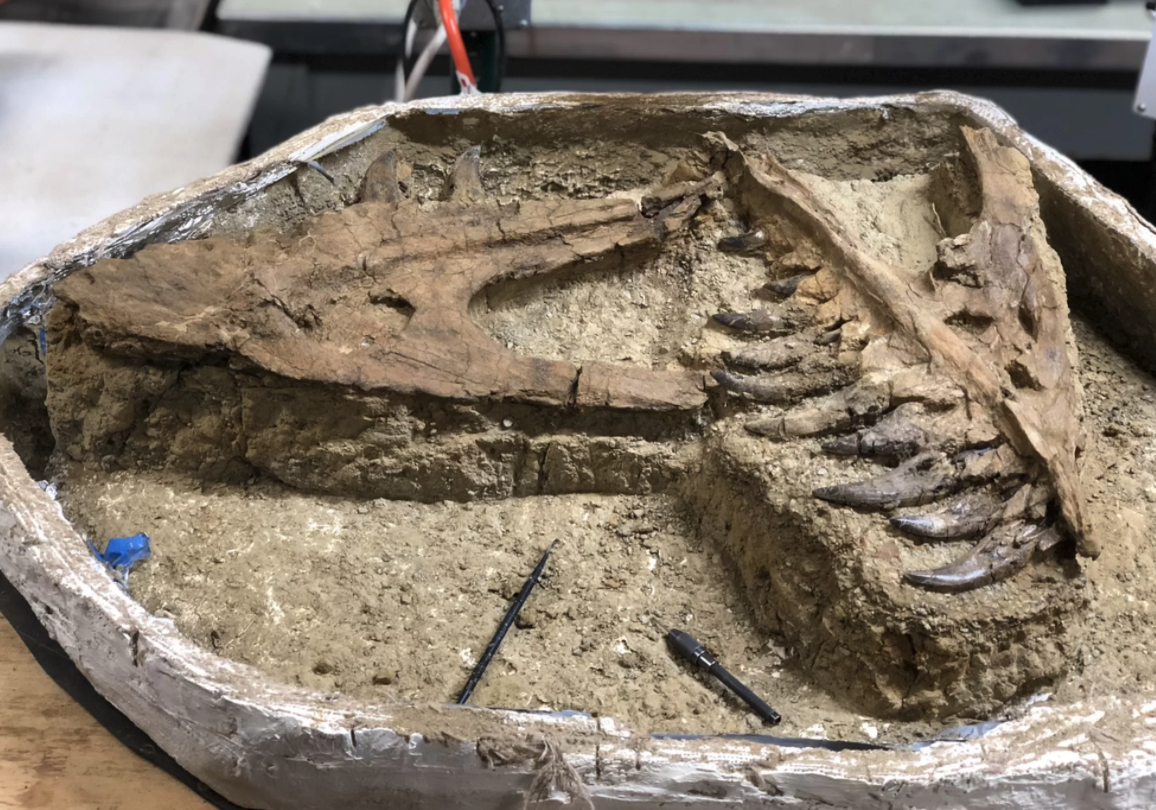 It’s not hard to argue that the Tyrannosaurus rex is the most iconic dinosaur of all time. Thanks to depictions in popular culture and sci-fi movies staring the greatest actor of all time, the T. rex is painted as a mighty, brutal carnivore that towers over its peers, but just like every animal, they would have started off small. Paleontologists have many, many T. rex skeletons on record, but very few of them are juvenile, and that’s what makes the recent discovery of a “school age” T. rex in Montana so exciting for scientists.

The remarkably complete fossil of the tiny Tyrannosaur is an incredible treat for its discoverers, who uncovered it in the fossil-rich Hell Creek area. As Live Science reports, researchers are still trying to nail down exactly how old the young dino was when it died, and thanks to the relatively small number of juvenile T. rex fossils in the record, it’s proving to be somewhat of a challenge.

Of course, “small” is a relative term when we’re talking about dinosaurs, and this young T. rex would still have been an intimidating sight if you stumbled upon it in an ancient forest or clearing. The creature measured around 17 feet long, which is obviously a lot shorter than the 40-or-so feet it would be when full grown, but that’s still large enough to put many modern animals to shame.

“By the time they were 4 years old, they were the size of some of the largest land predators that are around today,” Kyle Atkins-Weltman of the University of Kansas, one of the researchers working with the new specimen, told Live Science. “It’s literately hard to fathom an animal growing this fast because there’s really nothing quite like it in the modern world.”

The scientists are currently preparing a paper on the discovery that will provide further details on the specimen and hopefully reveal some more clues as to the animal’s age and history.