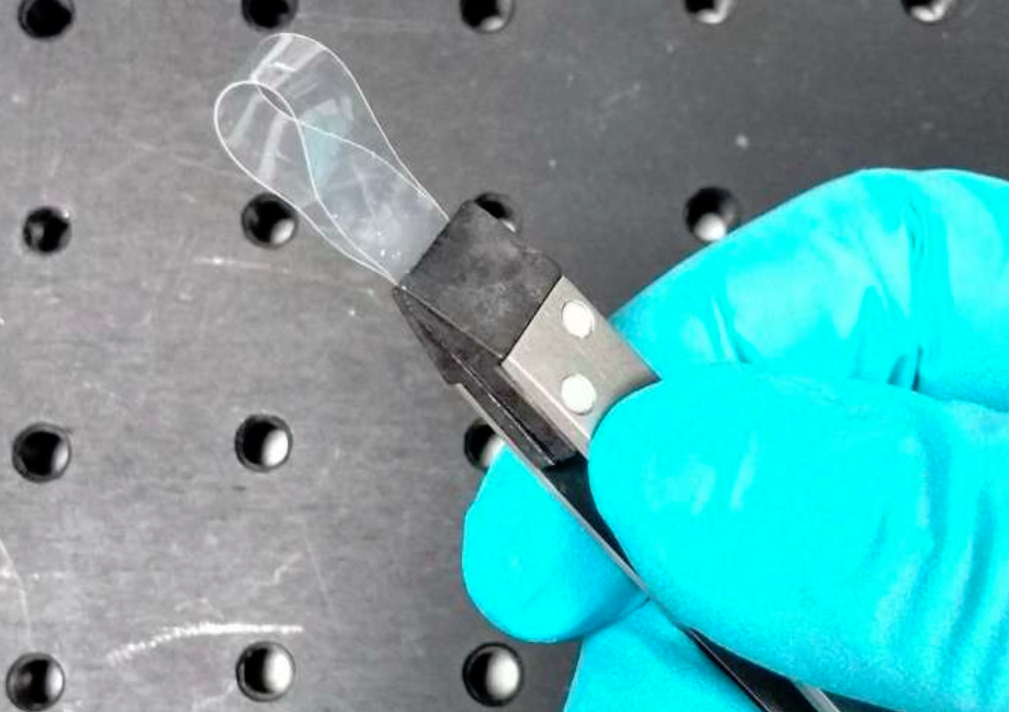 Most of us think we have a pretty solid grasp on basic physics, and one of the assumptions we’ve come to form is that any material gets thinner as it’s stretched. It makes sense, since the same amount of material spread over a larger area would have to mean that there’s less of it in any one spot, right?

Not so fast. Researchers led by Dr. Devesh Mistry of the University of Leeds invented a new synthetic material that gets thicker as it’s being stretched. The material, which is described in detail in a new paper published in Nature Communications, is one of few that exhibit “auxetic” properties, which means they expand instead of contracting when tugged on from different directions.

The material, which the researchers describe as a “non-porous liquid crystal elastomer,” becomes thicker on a molecular level as it is being stretched. This makes it extremely good at absorbing energy since, unlike traditional materials like rubber or even steel, it doesn’t get weaker as it’s stretched.

“Auxetics are also great at energy absorption and resisting fracture,” Dr. Mistry said in a statement. “There may be many potential applications for materials with these properties including body armour, architecture and medical equipment. We have already submitted a patent and are talking to industry about the next steps.”

The new material doesn’t even have a name yet, but its potential to be used in a number of applications is already pretty exciting. Previously, manmade auxetic materials were quite difficult to produce as well as expensive. The team says its new synthetic creation is easier to produce and is more reliable than engineered materials.

Dr. Mistry boasts that the material is “a really exciting discovery” but admitted that it’s still a long way from being adopted into applications. More work will be done to test the limits of the synthetic auxetic, but the team seems very optimistic that it will have many uses.