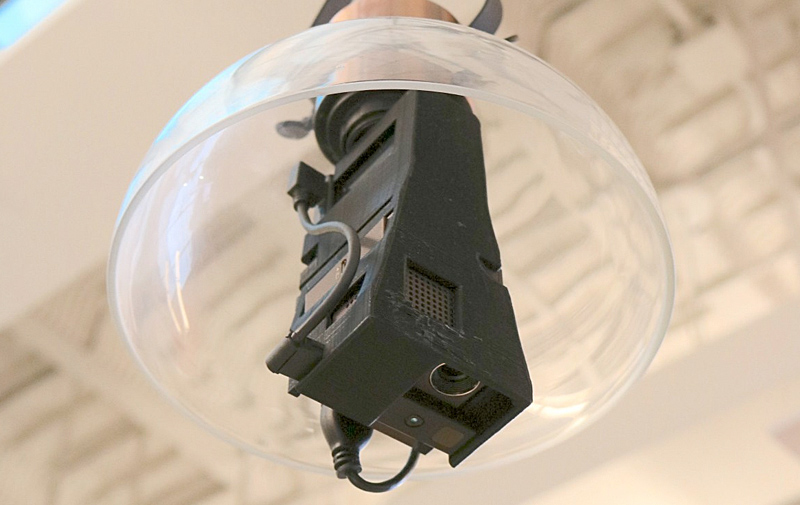 With all the biggest names in tech dabbling in some form of augmented reality — and with Apple finally jumping in and making it easier than ever for developers to make their own AR apps — it might not be long before it’s part of our every day lives. But actually using AR is often a cumbersome process, and if you don’t want to be forced into wearing a headset or goggles, or staring through your smartphone screen, researchers think they might have the solution, and it’s so small you can plug it right into a light socket.

The Future Interfaces Group at Carnegie Mellon University has developed a relatively small augmented reality projector that can beam a fully interactive display onto virtually any surface. The system, which the researchers have taken to calling Desktopography, combines a computer, depth sensor, and projector into a single unit. It’s small enough that it can be plugged into a light socket, and the current prototype of the hardware is actually really impressive.

The idea here is that instead of looking through a screen to view and interact with augmented reality applications, the display itself could be projected into surfaces that you’re actually touching. A video demonstration of the system shows that it could be used for everything from projecting a touchscreen map onto your desk, to “docking” applications (like a calculator) onto real-world objects like a laptop.

“It’s about trying to break interaction out from our screens and our devices, where they’re separated from reality, and a separate world, really … and try to merge those onto our environment,” lead researcher and graduate student Robert Xiao says.

There’s no doubt here that goggle-free AR is more appealing and user-friendly than, say, Microsoft’s massive HoloLens headset, but it remains to be seen whether the applications are truly powerful enough to be useful for the average person.