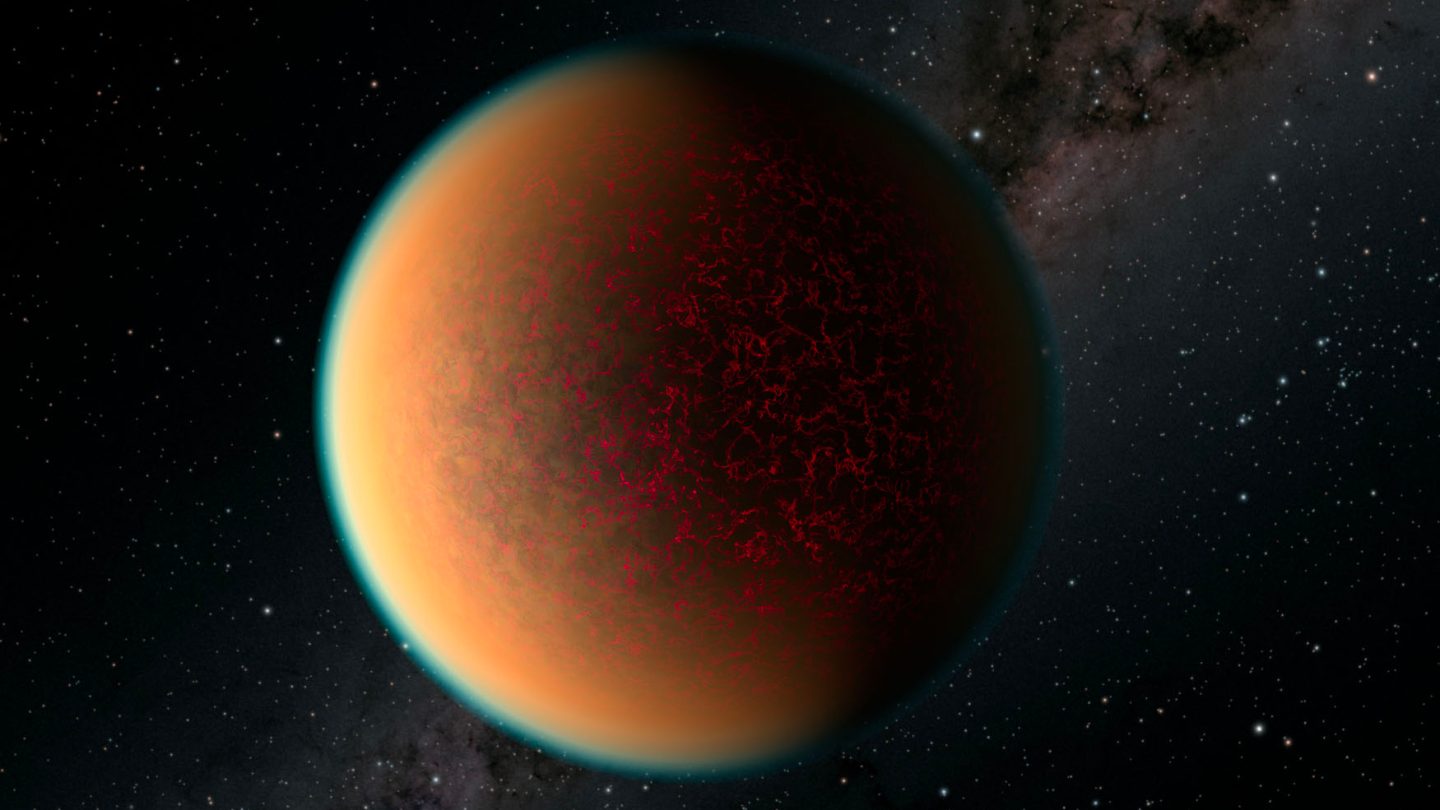 Astronomers have discovered a new planet outside our solar system which orbits its star in just 16 hours.

The ongoing hunt for planets beyond our solar system has resulted in over 4,000 discoveries of far-off worlds. Some of these new-found planets orbit stars that are thousands of light-years from Earth. The worlds found include Neptune-like planets, as well as massive gas giants more like our Jupiter. Scientists have even found some Earth-like worlds. The latest discovery, though, is a gas “hot Jupiter” unlike any we’ve found thus far.

One year on this ultra-hot planet passes in 16 hours

Over the course of the past few years, astronomers have discovered a number of “hot Jupiters”. These planets are similar to our own gas giant; however, they orbit their stars in less than 10 days.

The most recently discovered one is being called an “ultrahot Jupiter” as the surface of the planet is believed to reach upwards of 3,500 Kelvin—close to 6,000 degrees Fahrenheit. That’s almost as hot as a small star. Scientists have named the planet TOI-2109b, and it’s the second hottest planet we’ve discovered so far.

What really makes this gas giant so interesting, though, is the fact that it orbits its star in 16 hours. That means an entire year passes in less than a normal Earth-day. Scientists believe that the planet may be its orbital decay. Essentially, it’s slowly circling its star, moving closer and closer, until it one day crashes into it.

NASA’s Transiting Exoplanet Survey Satellite (TESS), an MIT-led mission, discovered the ultra-hot planet. The discovery was published in the Astronomical Journal on Tuesday. The paper details the discovery, as well as everything else that the scientists have discovered thus far.

Ian Wong, the lead author of the discovery, says that we may be able to tell how the planet is moving closer to its star in one or two years. Despite how quickly it’s moving towards the star, though, Wong says we won’t see it fall into the star in our lifetime. Instead, Wong and his colleagues believe it will take another 10 million years, and even then, it might still be some distance away from the star.

NASA’s TESS satellite began observing the TOI-2109 in May of 2020. It’s located in the southern portion of the Hercules constellation. That’s around 855 light-years away from the Earth. It’s the 2,109th object of interest discovered by the TESS satellite. The spacecraft spent a month measuring the star’s light, as well the transits. Transits are periodic dips in starlight that scientists use to indicate that a planet is passing in front of the star. That data confirmed that the star hosts an object that transits around it every 16 hours.